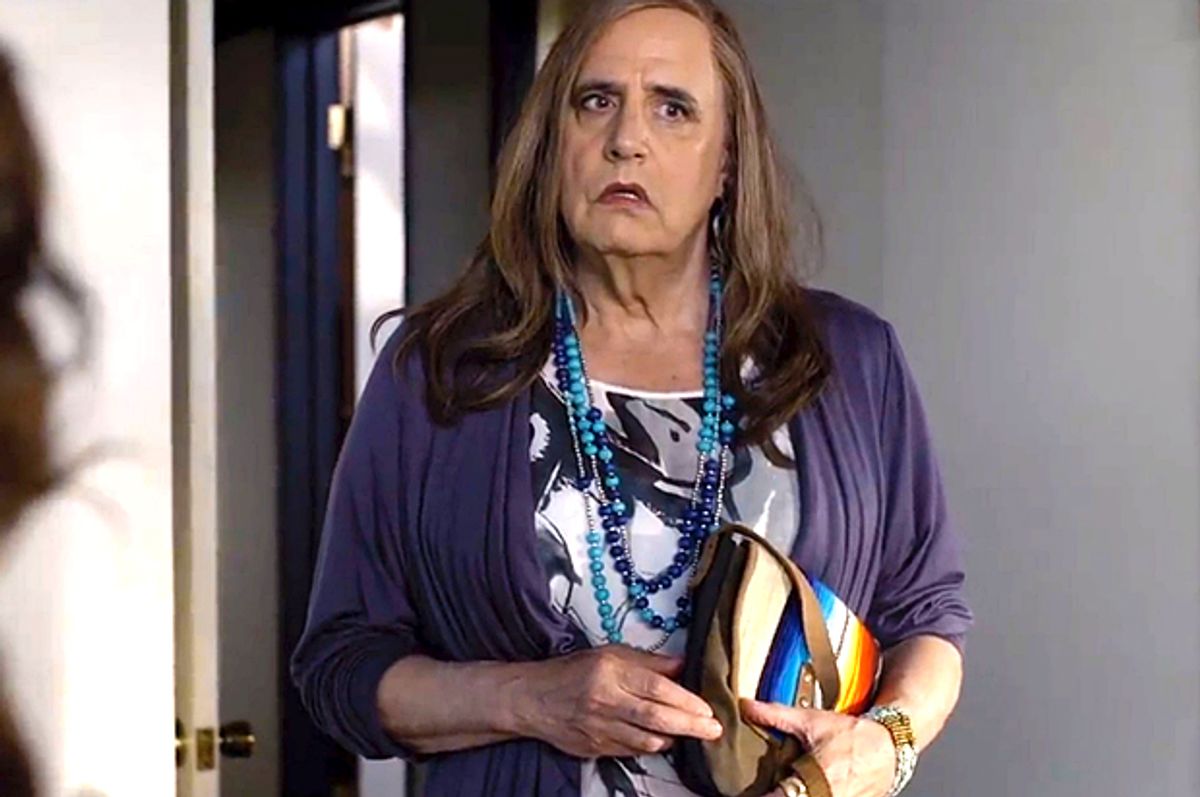 At today’s “Transparent” panel at TCA, star Jeffrey Tambor spoke about how he thinks his character, Maura, would react to Caitlyn Jenner’s very public transition.

Tambor added that he and the "Transparent" team have met Jenner and feel very fondly towards her. “We have met Caitlyn, and on a personal level, may I speak, we love Caitlyn," he said.

Creator Jill Soloway then spoke how the idea for the show came about, describing it as an experience very close to her heart.

"It was very personal. The show was kind of writing itself in my mind, almost immediately after my parent came out,” she said. “I’ve been a TV writer for 10 or 15 years, writing pilots every year and kind of just dreaming about having a show that mattered. I used to go on pitch meetings and say, ‘I want to write something that’s never been written before and write something that’s going to change the world.'”

Panel attendees were also treated to a first look at the season two trailer -- which features a lesbian wedding for Amy Landecker's character, a baby for Kathryn Hahn's character, and Maura yelling "yasss queen!"-- as well as some hints about what is to come when the show returns on December 4th.

According to Soloway, the addition of the show's first trans woman writer has allowed the writers' room to increasingly zoom in on Maura's inner life. "Having a trans woman in the writers’ room has really allowed us to tell the story more from her own place of subjectivity,” Soloway explained.

Citing the country's increased understanding of transgender issues ("it’s kind of mind-blowing how our culture has caught up"), Soloway added that next season won't have to focus so much on explaining things to the audience. "We’re taking the gloves off,” she concluded. “Taking the bubble wrap off.”