John Oliver exposes the disturbing way Congress governs Washington, D.C.: “We’re the only democracy in the world that does this”

The U.S. is the only democracy in the world that fails to give residents of its capital a vote in Congress 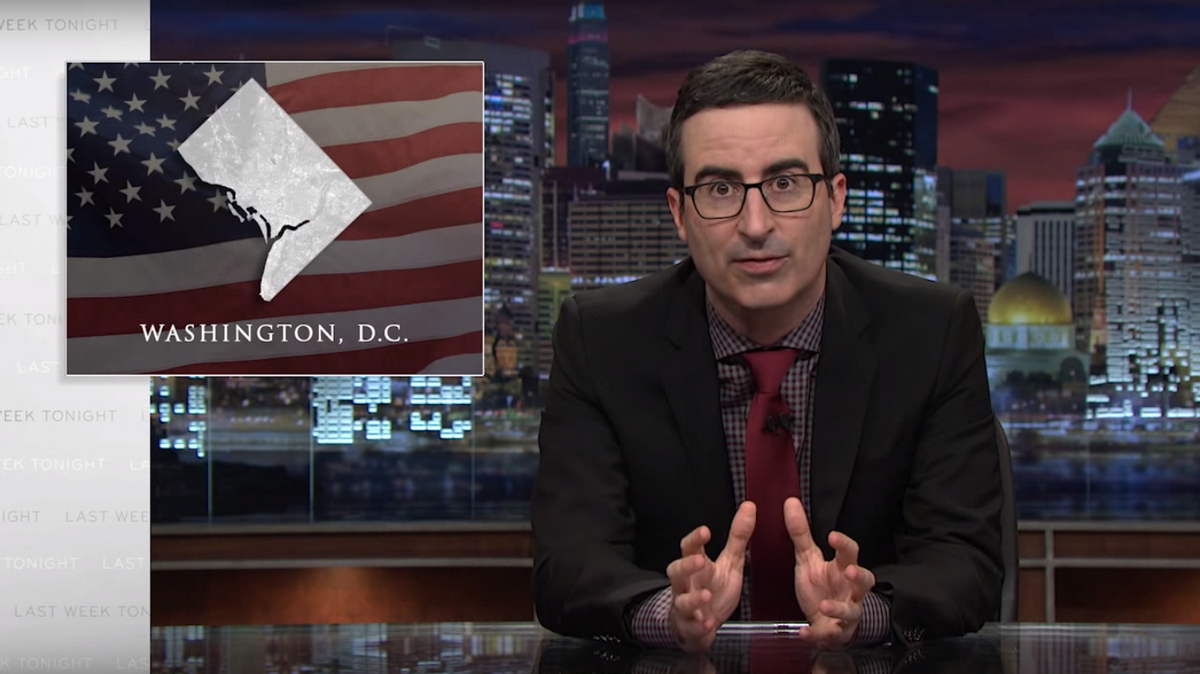 The U.S. is currently the only democracy in the world that fails to give residents of its capital a vote in Congress. "Last Week Tonight" host John Oliver is hoping this will change ASAP.

Turning to the Revolution-era saying "no taxation without representation," Oliver reminded Sunday viewers that tax-paying residents of District of Columbia have yet to feel this lived reality.

"It is not good when a guy from Tibet says, 'Wow, this is really un-democratic,'" Oliver said. "Someone should do something about it. Does Richard Gere know about this? Someone should tell him."

The "Last Week Tonight" host went on to explain that the District does have Congress representative Eleanor Holmes Norton, but she isn't actually allowed to vote. It's "pretend power -- like a child watching 'Dora the Explorer,'" Oliver said.