Kate Mara fends off sexist comments in "Fantastic Four" interview: A reminder that being creepy to a woman is not a "compliment" 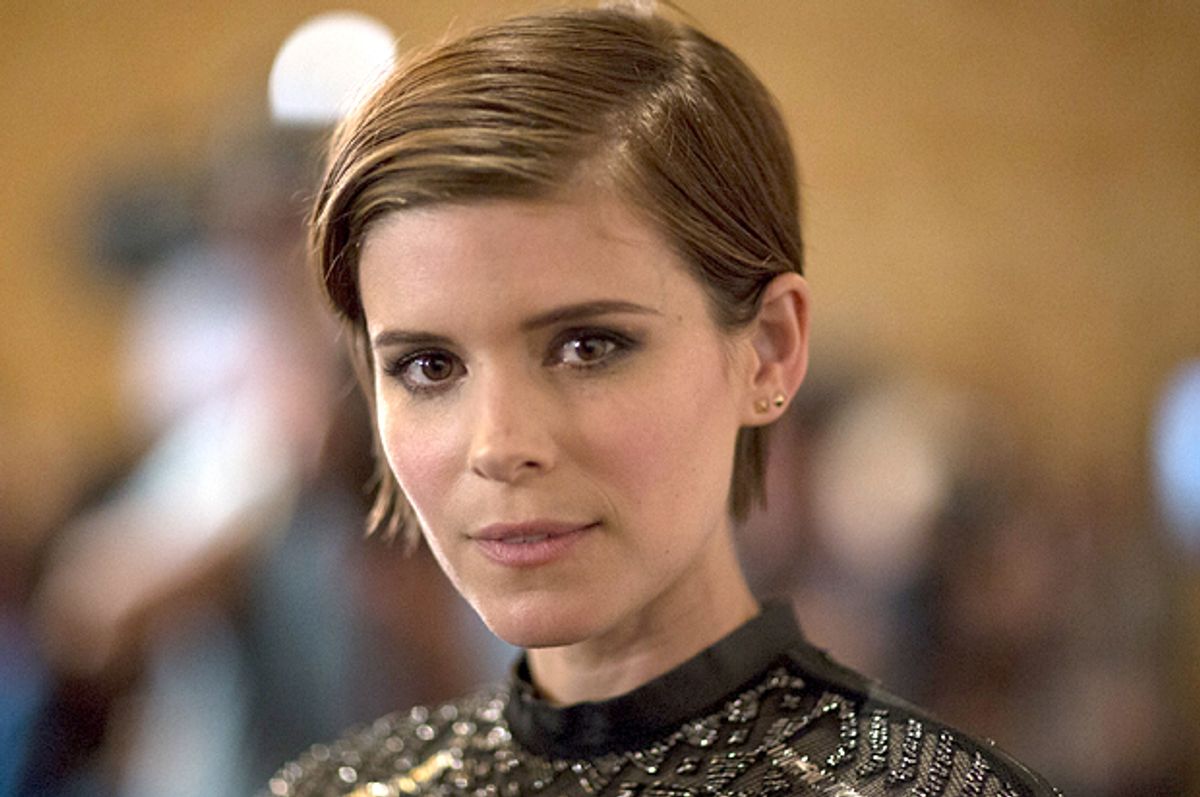 Here's an almost foolproof way to tell if someone has just said something wildly clueless and offensive: It's followed it up with a defense that it was meant to be flattery. So when Atlanta's Rock 100.5's morning host Jason Bailey says that "People should be appreciative when they get complimented," you can rest assured that what preceded that statement was not in fact a compliment.

Last week, members of the cast of "Fantastic Four" dropped by the studio for an interview that rivals Cara Delevingne's tense tussle with “Good Day Sacramento" on the awkwardness scale. Steven J. Rickman — known to listeners as Southside Steve — didn't win points with the cast when he boggled over the "obvious" question of how white Kate Mara and African American Michael B. Jordan could play brother and sister. It got worse when he switched to focusing on current Mara's short haircut, telling her, “You're way, way hot. Why’d you cut the hair? Your hair was beautiful," and expressing his hope that "You're going to grow your hair back." When Mara seemed uncomfortable, he deflected by explaining, "I'm a toe guy; your toes are fine." Mara responded with a terse, "Wow."

Speaking with Buzzfeed this weekend, morning host Jason Bailey defended his partner and said, "As for him complimenting her toes and why people are upset about that…sorry…no idea. Steve likes girl’s toes. People should be appreciative when they get complimented. Those that are upset on Twitter I guess don't get enough of them. Who knows?"

Ah yes, the old, "What's the matter? I was being nice!" ploy. Where have we heard this before, ladies? Oh, I just remembered. EVERYWHERE. When women walk down the street and are subjected to a barrage of unwanted attention, shouldn't they feel good that guys are being so enthusiastic? When their appearance is subject to the whimsical aesthetic assessments of randos who then turn outraged when they don't appreciate it, why can't they just be polite? When women cut their hair — for a movie, for a job, for the heck of it — and then have the nerve to not give a crap whether strangers like it or not, aren't they really the ones being kinda rude? When they go to work and their colleagues appreciatively mention their body parts, why aren't they just grateful? Gosh, I guess just some guys can't win, right? Sorry, but that's not how it works.

I know this will come as blow to the desperately under socialized of the world, but here it is: Human beings who know how to behave appropriately rarely find themselves in situations where they offer someone a sincere compliment and that person is then creeped out. The argument of the street harassers and gross dudes of Tinder and drive by Instagram critics tends to run along the lines that they're hey, just being friendly and trying to tell you you look pretty, and if you didn't want the attention why are you dressing that way anyway and hey why are you so stuck up, bitch?

You see what I'm saying here? When a regular person in an appropriate interaction says something genuine and kind to another regular person, I promise you, the exchange tends to go just fine. It happens all the time! Men and women actually say pleasant things to each other without incident. But if you're the sort of person who regularly has to say things like, "What? I was just being nice," you may find that surprising. So let me explain: Normal behavior doesn't come with a subtext of hostility, or an expectation that the other person has to conform to your standards. It doesn't suggest that another person, walking around, perhaps using her beautiful toes in the process, is there for your gratification or displeasure. And if your argument for your behavior is that maybe anyone taking offense just doesn't get complimented enough, let me assure you, the Kate Maras of the world get plenty of compliments. That's how they know how to tell a sincere one from smarmy garbage. Do you?