Obama's election was supposed to usher in a new post-racial era. Why has racist expression grown more vicious than any time since the 1960s?

It's not that there's been no "progress" on race, but progress in some areas doesn’t preclude regression in others 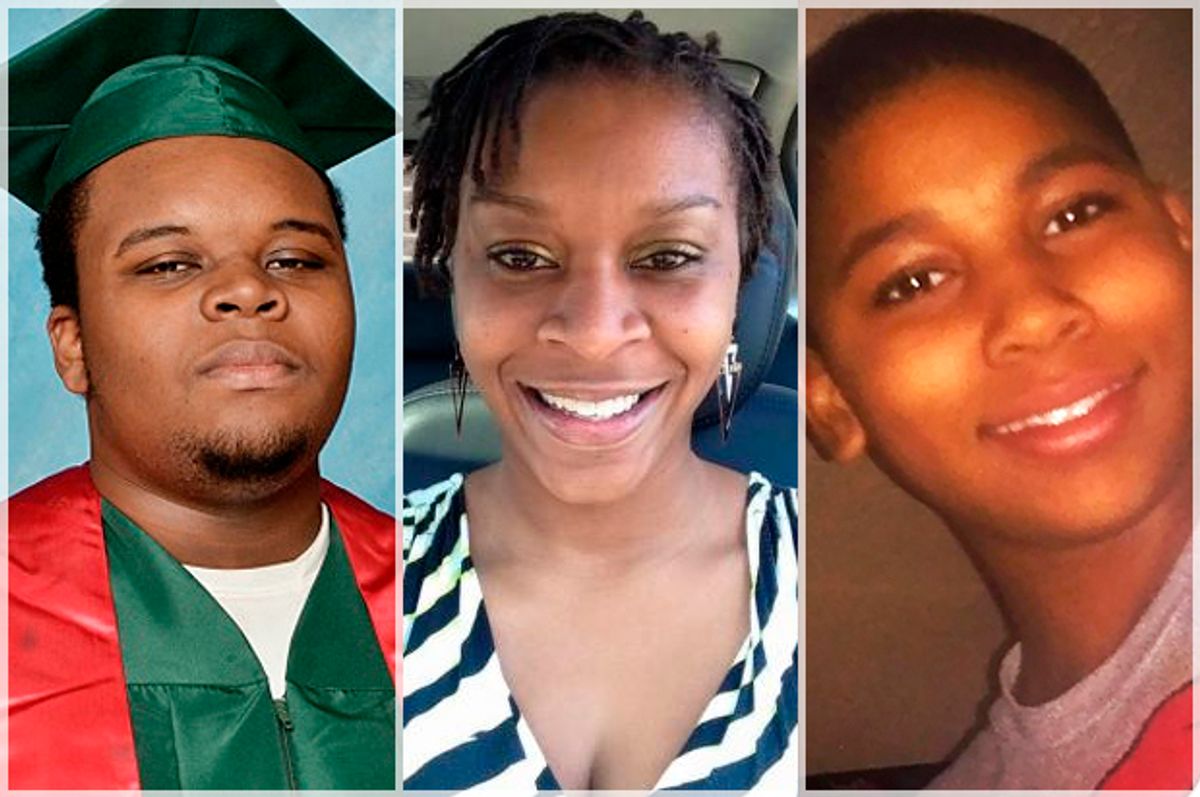 Sandra Bland, an African-American woman, was stopped in Texas by a white policeman for a minor traffic violation. She was forcefully arrested effectively for refusing to extinguish her cigarette while speaking to the officer from her car seat. She died in jail three days later. The event has extended nationwide concern and protests related to the growing Black Lives Matter movement, police violence and differential racial treatment.

This and recent related events have reignited the question of whether we are all post-racial yet. Post-raciality went public with America’s election of its first black president. Immediately following Obama’s election in 2008, conservative African–American commentator John McWhorter insisted that “Racism is over ... It is not a moral duty to keep it front and center.” He added in 2010 that “Obama’s first year has shown us ... that race does not matter in America in the way it used to. We’ve come more than a mere long way—we’re almost there.” McWhorter was reiterating what Dinesh D’Souza has repeatedly declared, that racism had ended. It was simply now being extended by the racial politics of the left, and of Obama in particular.

The claim that we today inhabit—or more closely inhabit—a post-racial society is the insistence that key conditions of social life are now far less predicated that they once were on racial preferences, choices and resources. These include residential location, educational possibility and institutional access, employment opportunities, social networks and interaction; in short, life’s chances overall. Post-raciality assumes we are (closer to) living outside debilitating racial reference. It presumes people have similar life chances irrespective of their assigned race. Effort, energy and inherent ability are taken to determine individuals’ life prospects.  It insists that the legacy of racial discrimination and disadvantage has been waning over time. If it exists now at all, such discrimination is deemed anomalous and individually expressed, not structural or socially fueled. Racist outbursts are considered occasional, not systemic or systematic, with diminishing impact. Post-racial racial outbursts—the awkwardness of the characterization itself is revealing of their anomaly—are supposedly like curses on the road: roll up the window and drive on by.

Why, then, has “post-raciality” become so popular at exactly the time public racist expression has generally grown more virulent and vicious than it has been since the 1960s? If the question of the post-racial condition is an empirical one, the answer to whether we are living in or close to a post-racial state seems obvious that we are not. Barely a day goes by without reportage of violence against blacks at the hands of police or white vigilantes. The better-known names have become litany: Trayvon Martin, Michael Brown, Eric Garner, Tamir Rice, Walter Scott, Freddie Gray, the Charleston 9, Samuel DuBose, among many others. Widespread racist comments invariably attend the ensuing discussion. Rampant racially disparaging remarks, by political officeholders and the white public alike, have been directed at the Obamas since they've occupied the White House while also marking the immigration debate.

Against this backdrop, the driving question of post-raciality is not the empirical one -- whether we are or not. Rather, it is what racial work the post-racial is doing, what racist expression is it enabling and rationalizing. It’s not that there has been no “progress” on racial matters: consider 1954, 1964 and 1965, and again 2008. But progress in some areas, even, importantly, the election of the first black president, doesn’t preclude regression or extended and new forms of racist expression in others.

Black Americans are stopped by police at far greater rates than their demographic ratio, are arrested and convicted at far greater rates than whites, subjected to longer prison sentences, most notably for nonviolent crimes. They continue to suffer unemployment at twice the rate of whites. From 1984 to 2009, the real dollar disparity in family wealth between whites and blacks tripled, spiraling to their highest since 1984, evidence of the Great Recession’s deeper impact on black lives than whites'. Disaggregated for class, black and brown applicants are denied mortgages for home-ownerships almost 20 percent more often than whites. Median wealth of a white family headed by someone with less than a high school diploma today is almost double that of a black family headed by one with a college degree, and 20 percent more than that of college-headed Latino families. Consequently, more affluent black and brown residents live in neighborhoods significantly poorer than whites with working-class income levels. School segregation by race is the norm, more likely now than in the late 1960s, with black and Latino students likely to attend more poorly funded schools.

Racism here means the curtailment of life and life’s prospects, of social standing and rights, of personal dignity and social possibility because of one’s perceived race. These new and renewed racist expressions are not stand-alone events, anomalies. They are part of a larger emergent pattern, a novel structure of racial articulation.

So the driving question is not whether we are or are not post-racial already. Post-raciality, the afterlife of race, is racism unhinged from explicit racial claims, racism in denial of its racist expression (“I had no racist intention,” “sorry if you are offended,” but not for giving offense). It involves the denial of deep structural differentiations between blacks and whites, of the daily racial indignities faced by blacks. It is the racism of racial reversibilities (the dominant mode of racist expression today supposedly is either the charge of racism against whites—“playing the race card”--or racist expression by black folk against whites).

Post-raciality is the end of race as we have known it. Not the end of racism but its liberation to proliferate without being named as such. Sandra Bland, like almost all the others killed, was instantaneously problematized: She’d be alive, apparently, if she hadn’t acted out, run her mouth, flailed at the cop, been depressed, been filled with marijuana. Perhaps the driving question should rather be: Wouldn’t she be alive, like nearly all white traffic violators, had she not been stopped for a minor offense, had she not been improperly arrested for a trivial traffic violation or smoking a cigarette, not had bail been set well beyond her means?

Sandra Bland, like the litany of black folk before her and since, died violently and altogether unnecessarily in the name of post-raciality, racism’s novel mode of violent “non-racial”  articulation.

David Theo Goldberg is director of the University of California Humanities Research Institute and professor of comparative literature and anthropology at U.C. Irvine. His latest book, "Are We All Postracial Yet?" has just been published.

David Theo Goldberg is director of the University of California Humanities Research Institute and a distinguished professor of comparative literature, anthropology, and criminology, law and society at UC Irvine. Goldberg’s work ranges over issues of social, political and critical theory, race and racism, the future of the university and digital technology. He has written extensively on race and racism. His books include "Are We All Postracial Yet?" (2015) and, most recently, "Dread: Facing Futureless Futures" (July 2021).