The man was trying to shoot the armadillo, but the bullet ricocheted of its carapace and struck him instead 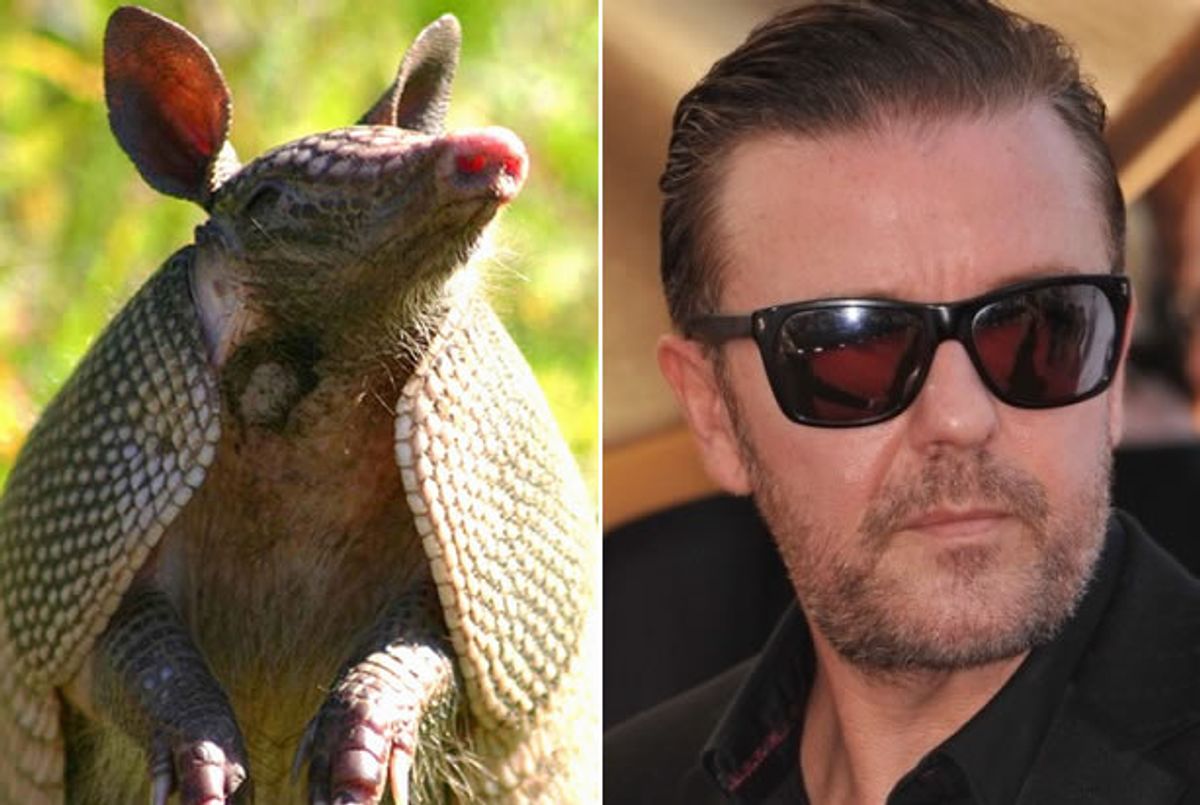 Over the weekend, British comedian Ricky Gervais was singing the praises of a Texas armadillo -- or "karmadillo," as he dubbed it -- after it deflected the bullet of a Texas man right back in his own face.

The Cass County Sheriff did not release the name of the armadillo's victim, saying only that they are investigating the incident as an "accidental shooting." Which is an accurate characterization of what transpired, so long as you don't actually believe in karma.

And you should, as this is the second karmadillo-related shooting in the past three months, as a Georgia man "accidentally" wounded his 74-year-old mother-in-law when a bullet intended to kill an armadillo ricocheted off it and through the door of her mobile home, striking her in the back.