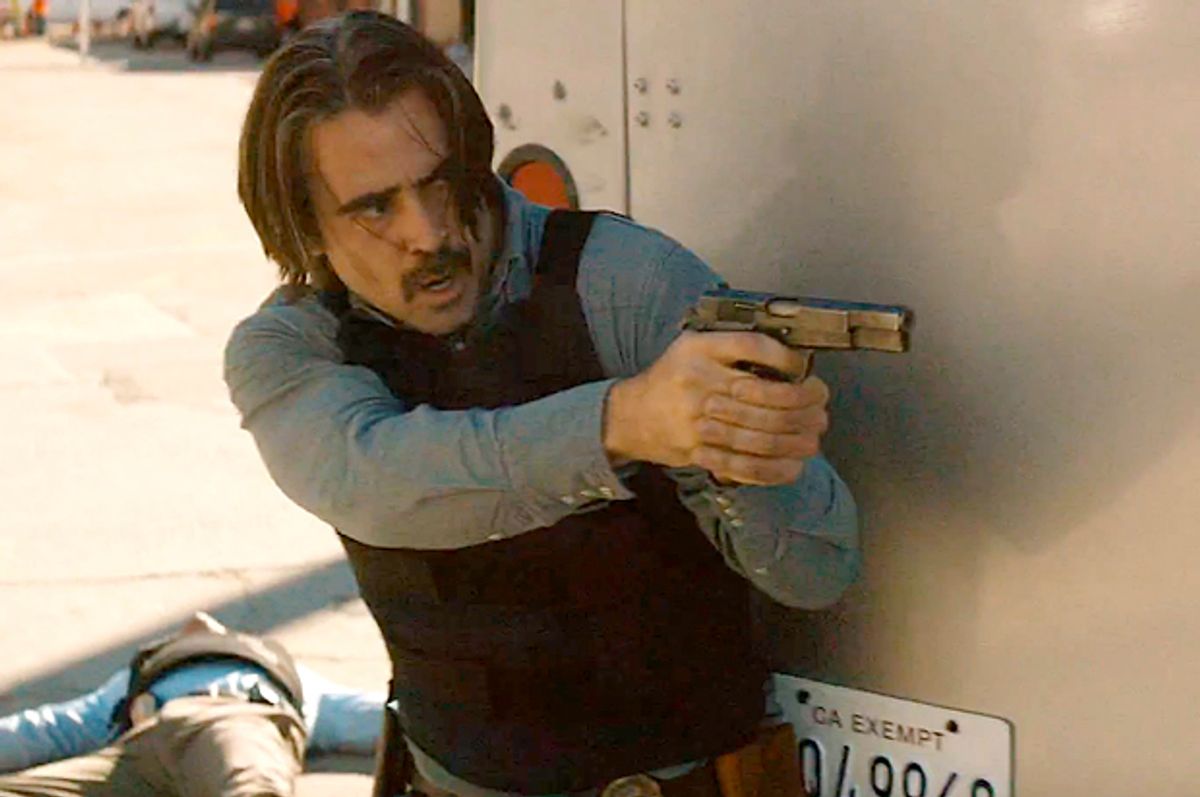 It’s not really fair, is it, to compare the second season or a television program to the first, and to use the debut season’s success as a cudgel to beat the successor? Maybe not. But holding things up to our expectations is a pretty basic way to see the world. And the mystery, profundity, and strong performances in the Louisiana-set first season of “True Detective” are the reason most of us tuned it for the California-set second. By now a wide range of television critics and regular folk have decided that the new season is a mess. That’s not entirely fair, either, but it’s become close to a consensus judgment, and many seem to be wishing for the show’s failure.

Which begs the question: How could a program put together by so many talented people go so wrong?

Everyone has their own theory on this one; mine was that showrunner Nic Pizzolatto had fallen too hard into the myth of the auteur, and that his creative breakup with director Cary Fukunaga had robbed him of an important foil, someone who could keep him away from his worst instincts.

But here – after watching last night’s episode, “Black Maps and Motel Rooms” – is another idea: The show is just too damn violent. Indeed, this season of “True Detective” seems to use violence as a crutch, as a way to cover holes in the storytelling.

The big shootout in episode four, for instance, was technically sharp, and some viewers saw it as a means for bringing the ailing season back to life. But between Frank's (Vince Vaughn) penchant for beating up and killing people in fits of rage, the appearance of a gruesome disfigured body, the aforementioned shootout -- which left how many civilians dead? -- and last night’s episode of violence between Paul (Taylor Kitsch) and his old security team, we’ve seen an enormous amount of bloodshed over the course of just seven episodes.

And this is not even to mention the way Ani (Rachel McAdams) killed a security guard at the orgy last week, an act of self-defense that also introduced another hidden motive by way of a flashback to the sexual abuse she suffered as a child. (“I’ve been waiting my whole life for that,” she said of the killing. “I think I even went looking for it.”) As the New York Times puts it: “It’s a sign of how perfunctory violence has become on TV that it felt innovative to have a character actually struggle with the emotional toil of it."

That goes double for "True Detective." The violence is too often casual and unthinking. For most of the characters, bloodshed -- even violent death -- is just something that happens. They barely stop to think about it. And while “True Detective” is far smarter and more expertly acted than the average action flick, it sometimes seems like the show just lapses into violence or glass-smashing when it’s too overloaded to know where else to go.

This isn’t the first time “True Detective” has pulled a regeneration-through-violence move. As good as the show's first season was, it got a bit lost by the end, consumed with bloodlust and the thrill of gunfire. Most of the episodes kept the attention on the characters – Woody Harrelson’s Marty and Matthew McConaughey’s Rust – and their complex and fraught relationship. They spent a lot more time talking than they did shooting, and their characters unfolded as the season goes on. But season one’s finale was not entirely coherent. And, as thrilling at it was at times, it left a lot of loose ends.

“Although it was brilliantly executed by series director Cary Fukunaga, conceptually it was a dud," Vulture’s Matt Zoller Seitz wrote at the time. "After all that buildup, all that talk of visions and memories and time, all those allusions to the Yellow King and H.P. Lovecraft and even Kurt Vonnegut… Rust Cohle and Marty Hart ended up in a variation of the climax of, well, pretty much every serial killer story you've ever seen.” And it used, he wrote, “exceptionally gruesome violence to jack up the excitement of Rust and Marty's final confrontation... The brutality was so extreme that it momentarily obscured the fact that the whole sequence was comprised of moldy clichés.”

Here’s where some will object that a show called “True Detective” has got to have violence. Okay, sure. But Pizzolatto -- whose background is in literature – surely knows that most of the great noir novels had a fraction of the blood and gore. And it’s nearly as true for his cinematic models like “Chinatown” and David Lynch’s films.

Cable television makes violence (as well as sex) more plentiful and graphic for a showrunner interested in it. That may seem like the kind of freedom that can make a show more powerful than regular old broadcast television. But in this case, it’s done the show no favors. Let’s hope for a season three that doubles down on characters and storytelling and sense of place. Pizzolatto has a lot to offer if he can just put the gun down for a minute.