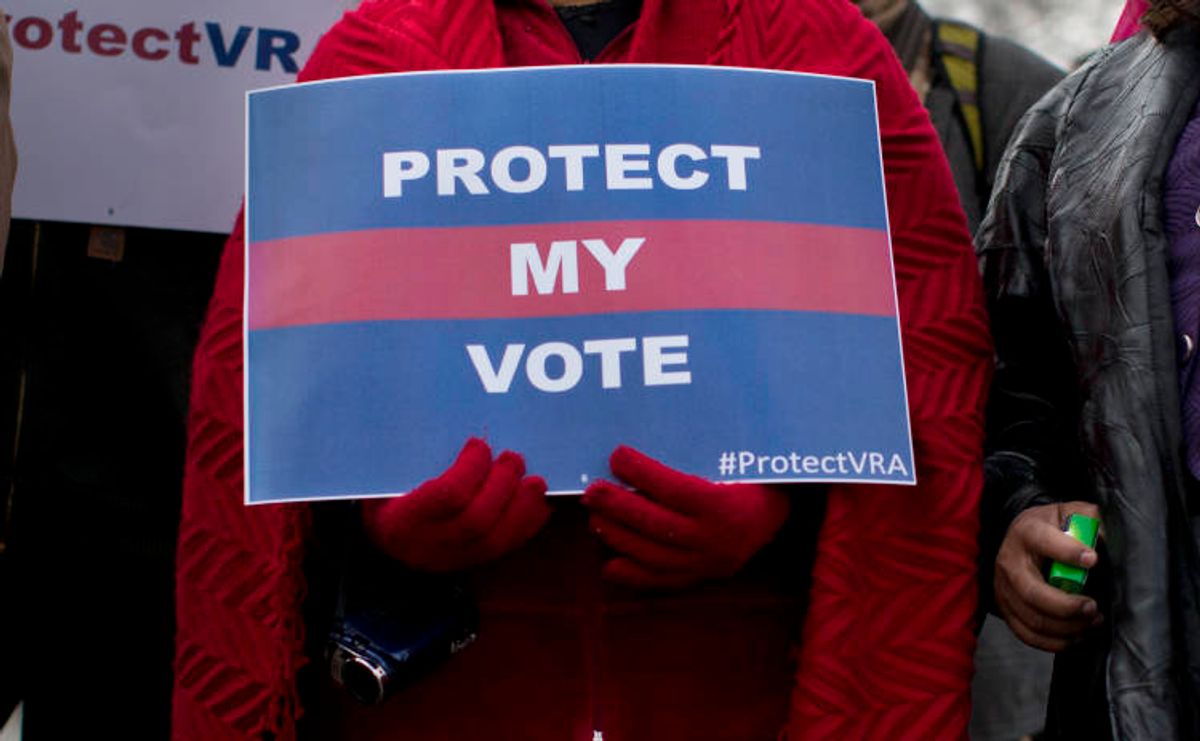 In the crucial early primary state of South Carolina, O'Malley marked the 50th anniversary of the Voting Rights Act with an address to the bipartisan African-American professional group 20/20 Leaders of America, forcefully pushing back against Republican efforts to limit access to the voting booth.

In 2013, the United States Supreme Court struck down a crucial section of the 1965 Voting Rights Act that required states with a history of voter suppression to seek approval from the Justice Department before enacting any new law restricting voting.

O'Malley blasted the more than 80 bills introduced by Republicans in 29 states over the past year to take advantage of the newfound opportunity to reduce early voting opportunities and require new photo IDs restrictions.

“We know why they’re doing this: because Americans without a photo ID are disproportionately low-income, disabled, minority — and Democratic,” O'Malley told the gathered leaders.

Arguing that "many Americans don't realize that the U.S. Constitution does not affirmatively guarantee the right to vote," O'Malley called for a new amendment to "protect every citizen's right to vote, once and for all."

"Passing a constitutional amendment that enshrines that right will give U.S. courts the clarity they need to strike down Republican efforts to suppress the vote," O'Malley argued today.

While governor of Maryland, O'Malley oversaw the creation of an online voter registration system and signed legislation allowing for same-day registration and expanding early voting but his campaign has yet to gain tractions in the polls. In an NBC News/Wall Street Journal poll released this week, O’Malley is tied at 3 percent nationally with former Virginia Senator Jim Webb, well behind frontrunner Hillary Clinton's 59 percent and Vermont Sen. Bernie Sanders' 25 percent. And an average of the latest South Carolina polls has him with 2.7 percent support from Democrats in the state.

Clinton herself has gone bold on voting rights, calling for universal automatic voter registration and urging states to have at least 20 days of early in-person voting during a speech in Texas last month.