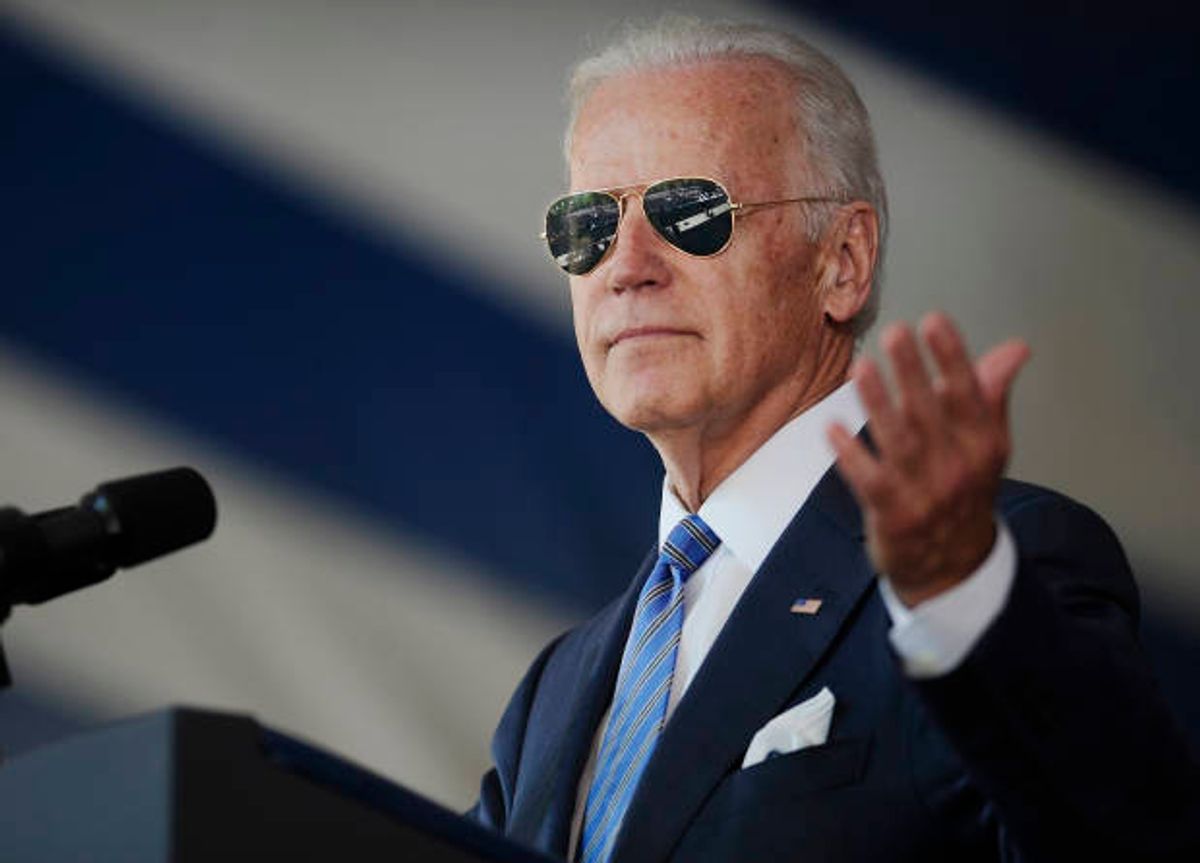 FILE - In this May 17, 2015, file photo, Vice President Joe Biden gestures after donning a pair of sunglasses as he delivers the Class Day Address at Yale University in New Haven, Conn. Graduation season is winding down but among the eight commencement addresses given this year by three of the biggest names, President Barack Obama, first lady Michelle Obama and Vice President Joe Biden, a few moments stood out that may last a little longer. (AP Photo/Jessica Hill, File) (AP)
--

The New York Times set off a fresh round of speculation over the weekend that Joe Biden may enter the 2016 presidential contest, first with a Maureen Dowd column reporting that Biden "has been having meetings at his Washington residence to explore the idea of taking on Hillary in Iowa and New Hampshire," and then with an article from the paper's Amy Chozick essentially corroborating Dowd's reporting.

Much of the political chattering class has been consumed by will-he-or-won't-he talk in the days since, and on Tuesday, Biden finally broke his silence on the matter.

At the end of a meeting with UN Ambassador Samantha Powers in the White House today, Biden jokingly replied to a reporter questioning whether he'd mount a bid.

In all seriousness, it appears that the Biden family may be split on the question of if the family patriarch should wage a third White House campaign. While Dowd and others have reported that Beau Biden encouraged his father to run before he died of cancer in May -- and surviving son Hunter is reportedly egging Joe on as well -- Biden's sister, who helped run his past campaigns, told a local newspaper that the family had not been “gathering around to decide whether [Joe] will run for president," insisting instead that "he’ll decide when he decides.”

“I have not had a single conversation with him about it," Valerie Biden Owens told Delaware New Journal.