Stop mourning celebrity divorces: Remember that every single one is "always good news" 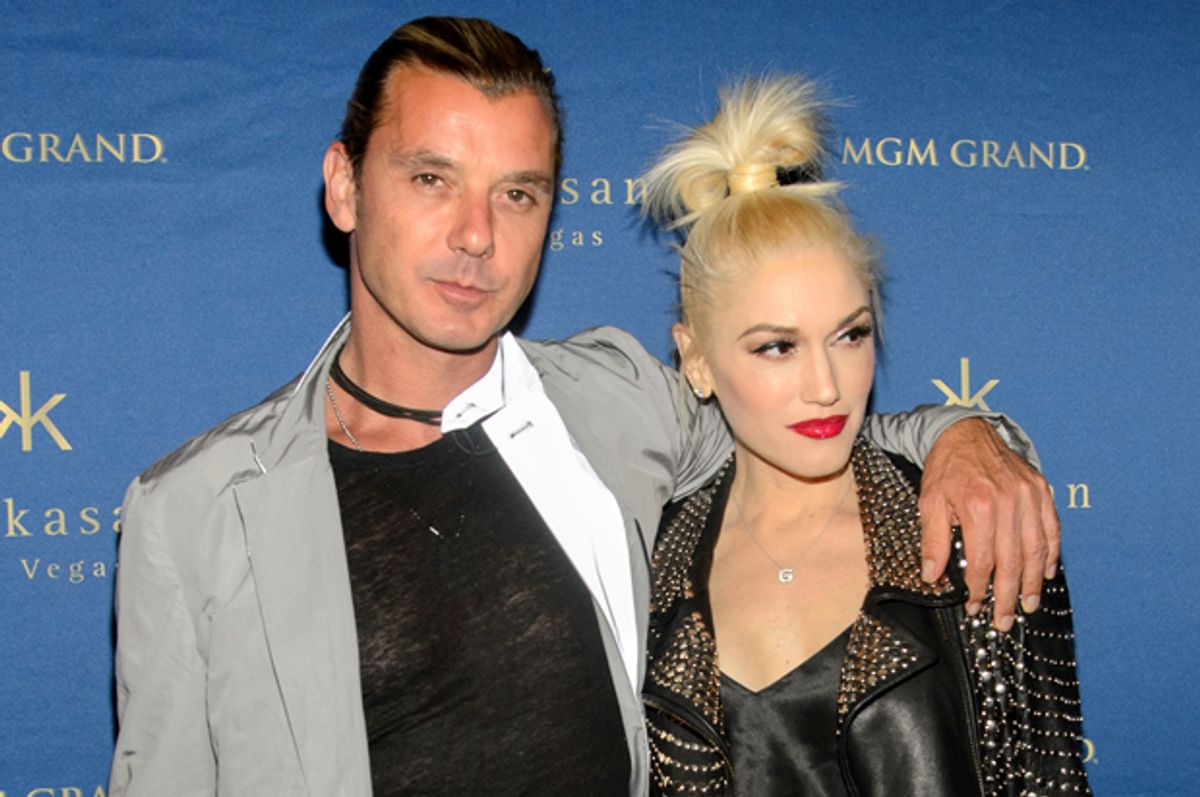 Awww, love is still real you guys. On Monday, Will Smith squashed the annual round of rumors that he and Jada Pinkett Smith, his "queen" of eighteen years, are getting divorced. But hold up a sec, because also on Monday, Gwen Stefani and Gavin Rossdale announced they were ending their marriage after nearly thirteen years and three children. What is the status of true love in the world? How can we measure it, if not by the marital status of celebrities?

The announcement of the Stefani-Rossdale split was greeted with the predictable reports that "Love is dead" and "Nothing is sacred" that inevitably follow any divorce involving high profile figures and a long-term relationship. We saw it earlier this summer when Blake Shelton and Miranda Lambert announced they were going their separate ways. And we saw it when Ben Affleck and Jennifer Garner said they were untying the knot in June. And what about Reba McEntire and her husband separating after 26 years? It's like when Al Gore and Tipper broke up! And Will Arnett and Amy Poehler! They all made us believe they were really happy, and they weren't, and everything is made of lies!

I can't tell if the bulk of these outpourings of distress are coming from people who've ever actually been in a relationship of any duration, or if their parents broke up when they were little and they're still working through those awkward childhood Thanksgivings, or what. But for whatever it may be worth, I'd like you to take a few words from someone who's been there: The status of anyone else's relationship has no bearing on your own future happiness, or the status of romantic love in the world in general. Feel better?

A relationship of any duration — especially one where there are kids involved — is a special kind of fortress. So you never suspected that Gwen and Gavin were on the skids? Well, why would you have? You mean they weren't going around for the past few months saying things in interviews like, "I'm really beginning to question whether I can spend the rest of my life in this thing but I'm scared of hurting the kids and I just want to do the right thing"? Probably because that's not how it works.

Unless there is a sudden and abrupt catalyst, the end of a relationship is a slow burn. It involves an overwhelming number of hours given over to conflict, soul searching, and tremendous sadness. It's a painful and mostly private negotiation between the two individuals directly within it. It's a reckoning of feelings of failure and disappointment with the powerful hope of future happiness, even if that happiness will be without the person you once vowed to love forever by your side. I still remember being in one of the darkest times of my life and reading Nicole Kidman say in an interview that "They say the first year of marriage is the hardest," and thinking, honey, the last one is no picnic either.

The announcement of a breakup — whether you're a celebrity or a normal obscure person like the rest of us — involves taking your most intimate relationship, and all the hardest aspects of it, and going public. It involves having people in your life look at you with pity, stop inviting you to parties, and yes, actually say to your face that your specific and unique experience makes them question their own security and hope. It means having people project their own ridiculous fears all over your messy, complicated life. It's a world rocker.

So let me assure you that the end of a loving relationship is not a negation of all that preceded it. Sometimes something that was perfect at one stage in life is simply not sustainable at another. Sometimes things just change. That's not a commentary on love, it's just how it is. And there are no prizes handed out at the end of life for sticking with a thing that no longer worked. Endurance in and of itself is not a virtue, not when it comes to emotion. It takes courage get your heart broken and try to fix it, to change and to take risks, and to create some new kind of partnership out of the rubble. That's to be celebrated. And as divorced dad Louis CK puts it, "Divorce is always good news. I know that sounds weird, but it's true, because no good marriage has ever ended in divorce. It's really that simple."