This will haunt Jeb Bush: GOP candidate says we spend too much on "women's health issues" 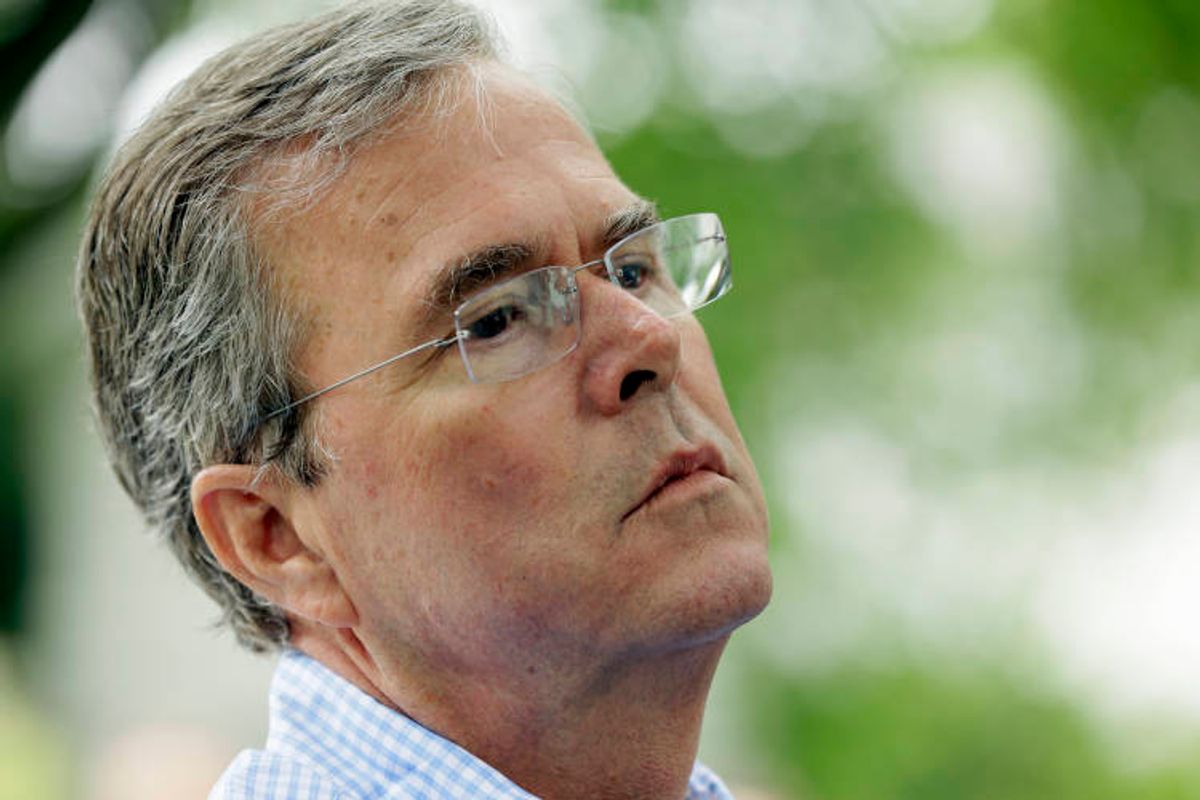 Jeb Bush asserted Tuesday that the U.S. government spends too much on "women's health issues," quickly backtracking following a political firestorm and claiming he "misspoke."

Speaking before the Southern Baptist Convention today in Nashville, Tennessee, the Republican presidential candidate boasted that as governor of Florida, he defunded Planned Parenthood. Bush vowed to defund the women's health organization federally as president.

When asked about the Republicans' most recent efforts to defund Planned Parenthood, Bush dismissed the notion of a "war on women," to argue, "I'm not sure we need half a billion dollars for women's health issues":

The comment came as part of a larger attack on Planned Parenthood, who according to the organization's own records, received a combination of federal and state funding, totaling around $528.4 million in 2014. Senate Republicans' effort to defund Planned Parenthood failed to garner the veto-proof 60 vote majority in a vote last night but some Republicans have already vowed to keep up the fight, even threatening another government shutdown this fall.

Although Bush stopped short of endorsing a government shutdown over Republican's latest attempt to defund the organization, as his Republican presidential rival Donald Trump has done, Bush told the sold out crowd of 13,000 evangelicals that, if elected, "I can promise you, there will not be $500 billion dollars going to Planned Parenthood."

Instead, Bush argued, "You could take dollar for dollar — although I’m not sure we need half a billion dollars for women’s health issues — but if you took dollar for dollar, there are many extraordinarily fine community health organizations that exist to provide quality care for women on a wide variety of health issues.”

Bush ignored the fact that the Hyde amendment has prohibited federal funding of most abortions since the 1970s to argue that "abortion should not be funded by the government, any government in my mind."

Bush's campaign was quick to an issue a statement claiming the former governor "misspoke" and was only referring to funds directed to Planned Parenthood. The statement came after his remarks were roundly criticized on Twitter by users who noted that with nearly 159 million American woman, Bush was lamenting federal spending that amounts to just $3.15 per woman in America: