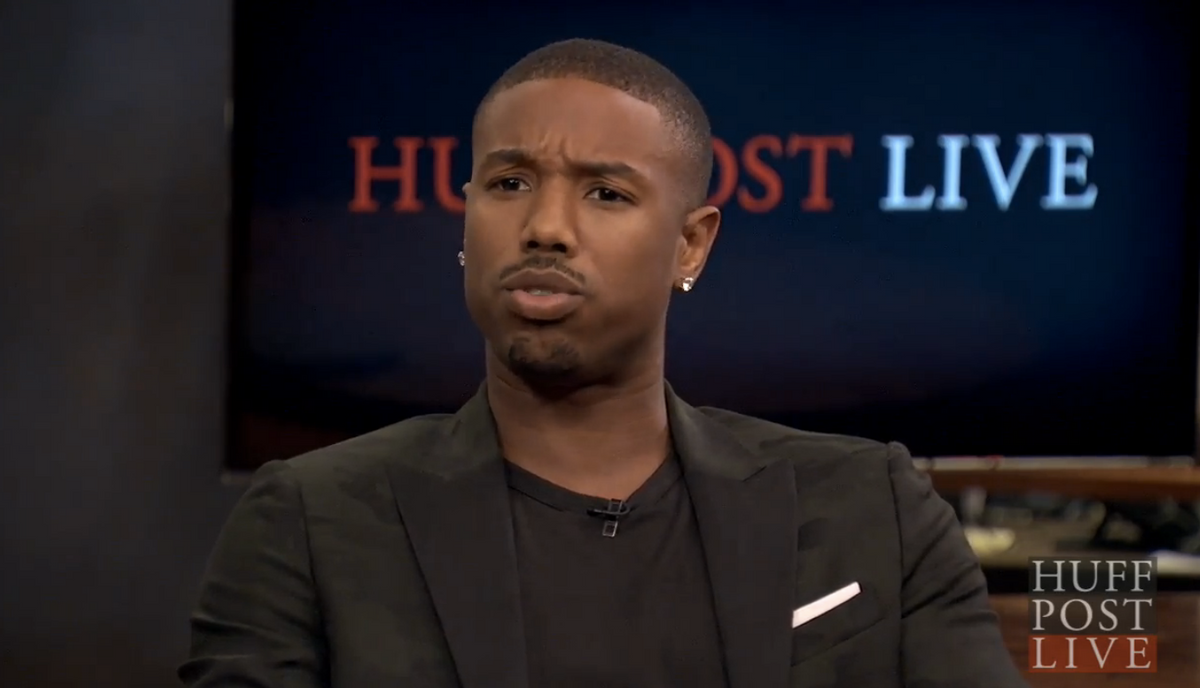 Michael B. Jordan, the "Fantasic Four" actor who became the unfortunate subject of a "cringeworthy viral interview" last week, sat down with HuffPost Live Tuesday and issued a response to that pesky interviewer who lobbed a host of sexist and racist questions his way.

Among them: a clarification on how he and Kate Mara -- two actors of different races -- could, conceivably, be siblings in the movie. “But you’re white and you’re black," Rock 100.5 Morning Show host Steven J. Rickman remarked. "How does that happen?”

"Obviously, this disrupts the otherwise realistic notion of the movie that you can fly to other planets," founding host of HuffPost Live Marc Lamont Hill, quipped.

Jordan responded by saying that he's noticed many journalists asking questions they wouldn't typically ask "outside of the room."

"So as actors, sometimes we feel the pressure to always say what you’re supposed to and kind of put your best foot forward, promoting the film. So we don’t want to bring any negativity towards the positive messaging, what we’re actually there to do for it, because we’re doing a job, and we want to do it well," Jordan continued. "But, we’re still people. We’re still human. So that kind of bothers us. But at the end of the day we don’t want to bring attention to ignorance, we just always want to take the highroad with these things.”

Watch a clip from that interview below: