Fox News defeated Jon Stewart: Hosting "The Daily Show" might be the hardest gig in comedy — and it's clearly taken its toll 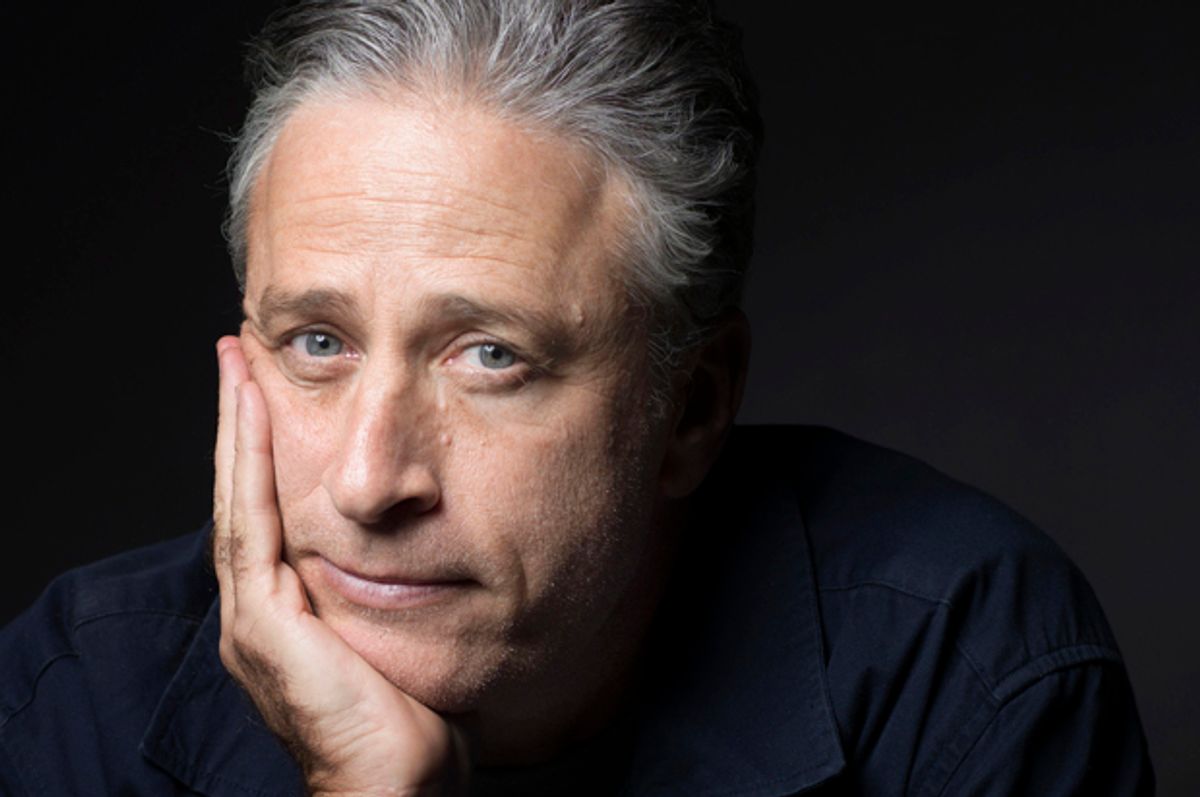 It’s not hard to argue that Jon Stewart has become one of the key political figures of our time – someone so smart, funny and gutsy that he has almost brought clarity to this politically unpleasant decade and a half. The appreciations in his final week hosting “The Daily Show” have started to roll in, and he’s virtually got a place on Rushmore ready.

"I'm going to issue an executive order,” President Obama said when he made his farewell visit two weeks ago. “Jon Stewart cannot leave the show.” Last night, Denis Leary said he and Chris Rock would write jokes for Stewart so he could stay on the air. Amy Schumer paid what seemed to be unironic appreciation Monday. Variety columnist Brian Lowry writes that Stewart’s stepping down could be as significant as any similar departure since Johnny Carson left his show in 1992.

Stewart is so beloved – especially by younger, media-savvy liberals – and seems to be at the top of his game. So why, despite some talk about being “restless” and wanting to take some time with his children, does Stewart feel the need to step down? (Can’t Comedy Central give him a nice, restorative vacation?)

Watching his farewell shows alongside some of his earlier “Daily Show” appearances – his first shows from 1999, his coverage of the 2000 Bush vs. Gore election, his response to 9/11, his response to the Iraq invasion, the clashes with Tucker Carlson and Jim Cramer – it’s hard not to get a hint of what’s up.

Let’s look at one of the most perceptive farewells, from Time's James Poniewozik:

Of all the ways that I’ll miss The Daily Show host Jon Stewart—as comedian, truth teller, BS caller—above all I will miss him as a media filter. I don’t mean “media filter” in the usual sense of someone who takes in a great deal of news, scans over it and highlights those bits most worthy of your attention. I mean a filter like you find in a pool or a sewage-treatment plant, or your bloodstream: something that absorbs a torrent filled with toxins—in this case, politics, punditry and sensationalism—and passes it through in a form that you can safely tolerate.

No one is better at this than Stewart. But the steady diet of Fox News and other television news has taken its toll on him. Righteous anger is an important tool for a comedian or social commentator, or whatever Stewart is: Unlike traditional news anchors, who kept a kind of TV-ready monotone no matter what the news of the day, Steward gets upset, mad, hurt, disappointed and everything in between. It’s for real, and it reinforces our sense of him as an Everyman who feels everything we do but just happens to be more eloquent and intelligent than the rest of us.

But lately, the anger, especially, has turned into bitterness. His edge – formerly deployed from time to time, when it was necessary – has turned permanent. Watch him at the beginning of some recent episodes, and he’s already scowling or rolling his eyes even before anything’s happened. There’s plenty to be upset about these days, but Stewart is starting to get destroyed by the coverage he covers.

The opposite thing happened to David Letterman over his last seasons: In his heyday, he was defined by a kind of bemused, apolitical irony that jeered at political commitment as much as it did corporate greed. He seemed to drift off near the end, growing even more detached (alongside a grumpy-old-man persona). But somehow the disengagement also allowed Letterman to conclude his run with dignity and little apparent ego. His last few shows were as good a sendoff as I could have imagined.

Stewart is, in most ways, a more substantial figure, as well as the kind of engaged public intellectual we need now. Alongside the duplicity of the George W. Bush years, the mouth-frothing of Fox News, the racially charged backlash against Obama’s presidency, and the rest of it, Stewart stepped up in a way that few could have. But the process seems to have become corrosive for him.

The problem with constant sarcasm and anger — even when it’s justified — is that it fails to persuade people not already on board. Stewart never wanted to preach to the converted; he’s also been tough on Democratic politicians, liberal MSNBC and other left-of-center institutions. But it feels like his reach is shrinking as he signs off, even as his intensity increases. Compare his manner these days to fellow progressives Elizabeth Warren or John Oliver to see just how rigid and relentless he’s become.

We’re lucky to have enjoyed Stewart’s talents, almost every weekday, for 16 years. But the last year or so does not seem to have been good for Stewart himself, or his powers as a public figure. “Watching these channels all day is incredibly depressing,” he told the Guardian. “I live in a constant state of depression. I think of us as turd miners. I put on my helmet, I go and mine turds, hopefully I don’t get turd lung disease.”

I’ll miss Stewart's tough-minded and quick-witted hosting of “The Daily Show.” But too many years of that job would destroy anyone. Here’s looking forward to the reemergence of the immensely talented Jon Stewart in a new and different form.