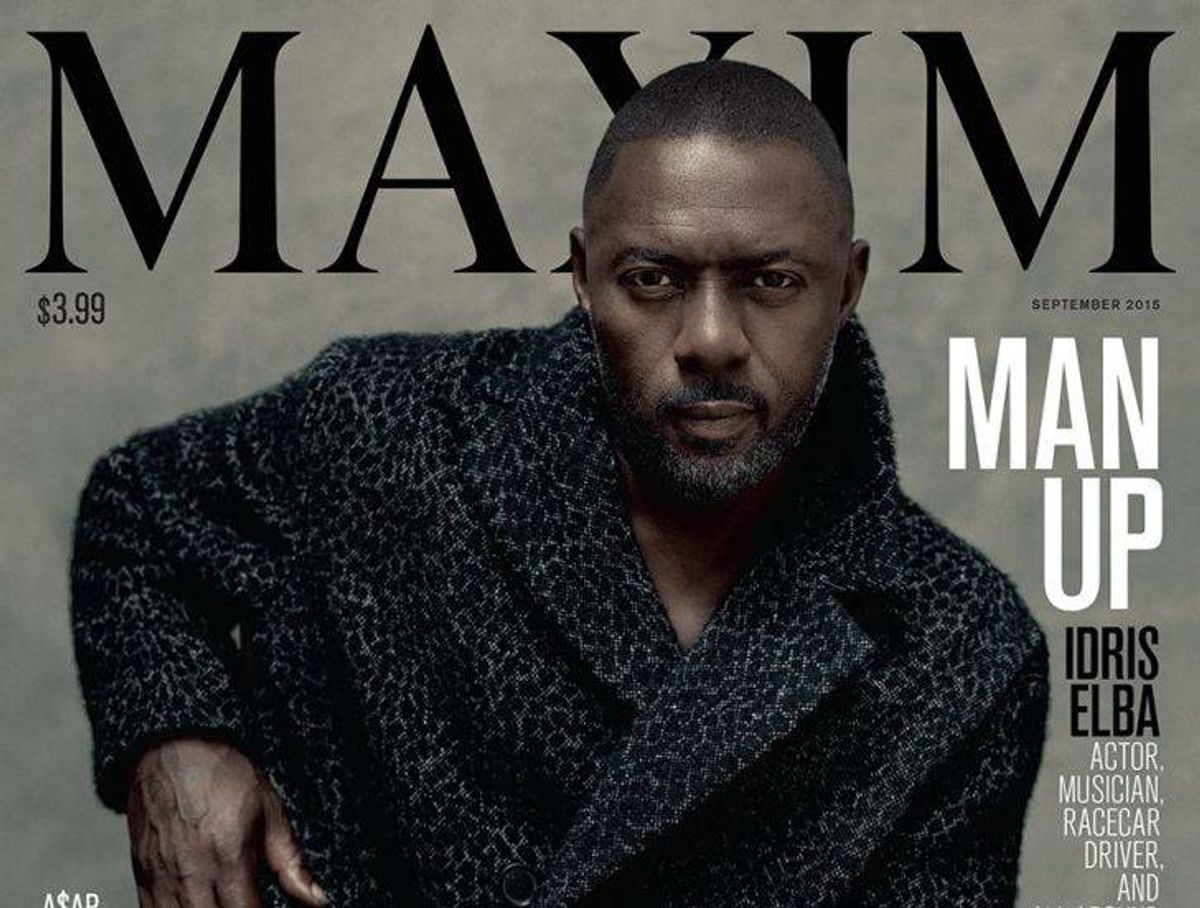 Maxim, longtime vanguard of the scantily-clad female cover star, has decided to switch things up for their September issue. For the first time ever, the magazine features a male star alone on the cover: British actor and potential future James Bond Idris Elba, looking very cozy in some sort of fuzzy, leopard print bathrobe/coat hybrid.

"For me, he was really the perfect embodiment of what I think the new Maxim man is,” editor in chief Kate Lanphear told Racked. “He’s multi-dimensional, he’s complex, he’s sophisticated, but he’s down to earth. It was funny when on set, I was like, 'Is there anything this guy can’t do?' He’s an award-winning actor, he’s a DJ, his capsule clothing line for Superdry is about to hit stores. The guy broke the [British] land speed record which hasn’t been touched since like 1928. He’s sort of a living, breathing superhero.”

While it seems like a bit of a double standard that Elba isn’t as underdressed as the many female cover stars who have come before him, it still marks progress for the notoriously male gaze-courting mag. This is Lanphear’s first September issue since taking over last year, and she has been open about wanting to change the publication’s direction, telling The Cut that she “invite[s] female readers” and that her goals was to "architect something that reflected the time we live in now and to respond to the time we live in now."

Check out the cover below: