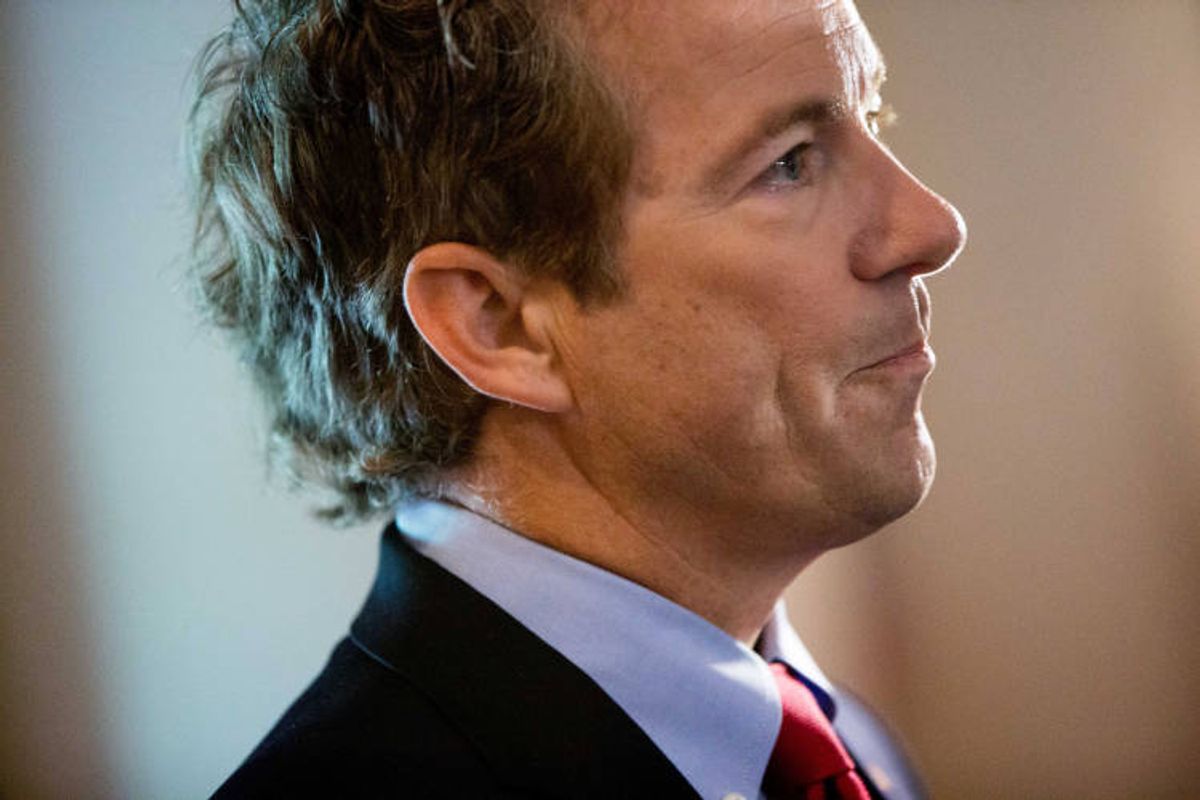 Jesse Benton, a longtime ally of Sen. Rand Paul (R-Ky.) who is heading up a super PAC supporting his presidential campaign, was indicted Wednesday on charges that he concealed payments to a former Iowa state senator.

The charges stem from an allegedendorsement-for-pay scheme during the 2012 presidential campaign of former Republican congressman Ron Paul of Texas. Two others were also indicted.

In 2012, Benton allegedly helped arrange thousands of dollars in payments to Iowa State Sen. Kent Sorenson to convince Sorenson to flip his presidential endorsement from Michele Bachmann to Ron Paul, Rand Paul's father and a longtime Texas congressman. Sorenson pleaded guilty to accepting the payments last year, and amid mounting scrutiny of his role in the affair, Benton stepped down as Sen. Mitch McConnell's campaign manager in August 2014.

Despite the scandal, earlier this year, Rand Paul selected Benton -- who is married to one of Ron Paul's granddaughters -- to head America's Liberty PAC, the super PAC supporting Rand Paul's 2016 presidential bid.

The indictment comes as Paul has seen his presidential fortunes decline. Once billed as "the most interesting man in politics," Paul has struggled to gain traction since launching his campaign this spring, despite speculation that he could build a coalition encompassing libertarian conservative fans of his father and more traditional Republican primary voters. Paul has failed to win over major donors, and with much of the GOP oxygen consumed by the showman Donald Trump, the Kentucky senator has been forced to resort to transparently attention-seeking campaign ads.

According to Real Clear Politics' average of recent polls, Paul ranks eighth nationally in the 17-candidate GOP field, garnering less than five percent of the vote.