“They know who we are, and they don’t care because we bring a camera” 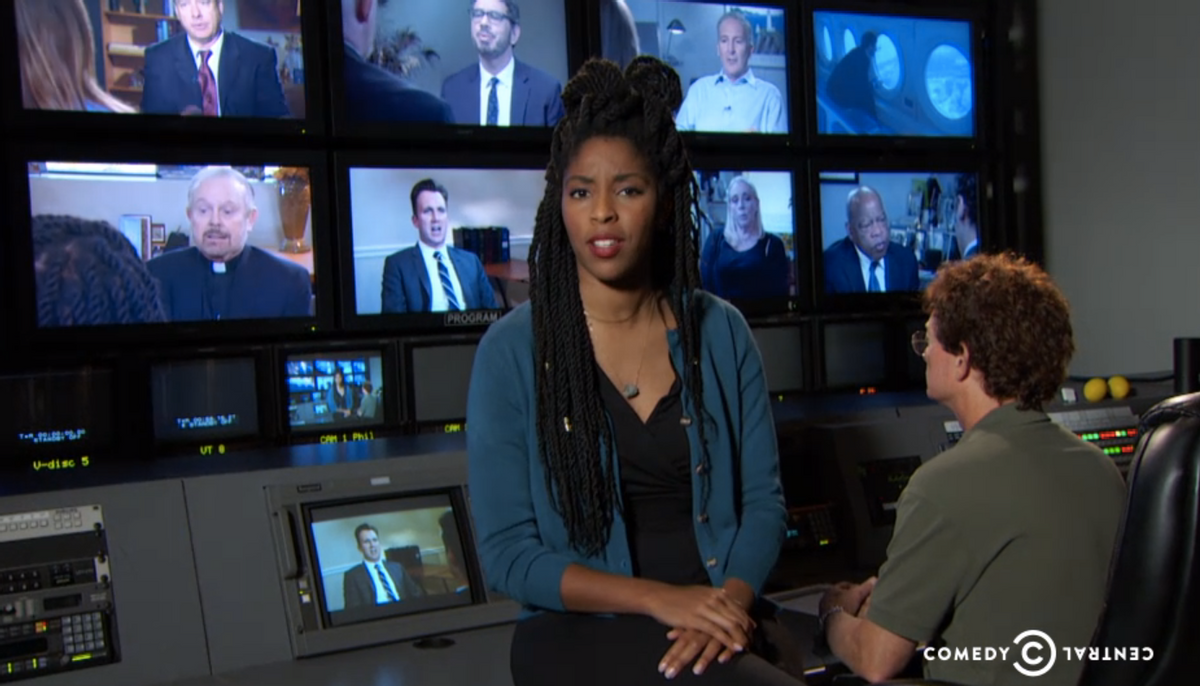 As Jon Stewart nears his last-ever "Daily Show" episode (tomorrow!), one of the most frequently asked questions he said he's received has been, "are the interviewees in those field pieces actually real?"

It's a valid question. Would would compel someone -- even the looniest someone -- to go on national television and proclaim that "a large proportion of male homosexuals enjoy drinking each other's urine"? Or, that "If you're poor, stop being poor."

(Are they actors? Were they paid to be on the show?)

As Senior Correspondent Jessica Williams uncovers in a Tuesday segment, there's a very simple explanation: They just really like being on camera. "It's like 'Girls Gone Wild' but they flash us their controversial ideas," Williams explained.

Also, as we learn: When given the opportunity to redeem themselves, interviewees will just double-down on their crazy.