Now that Trump's declared he would "hurt anybody" who attacked him, RNC Chair Reince Priebus is getting nervous 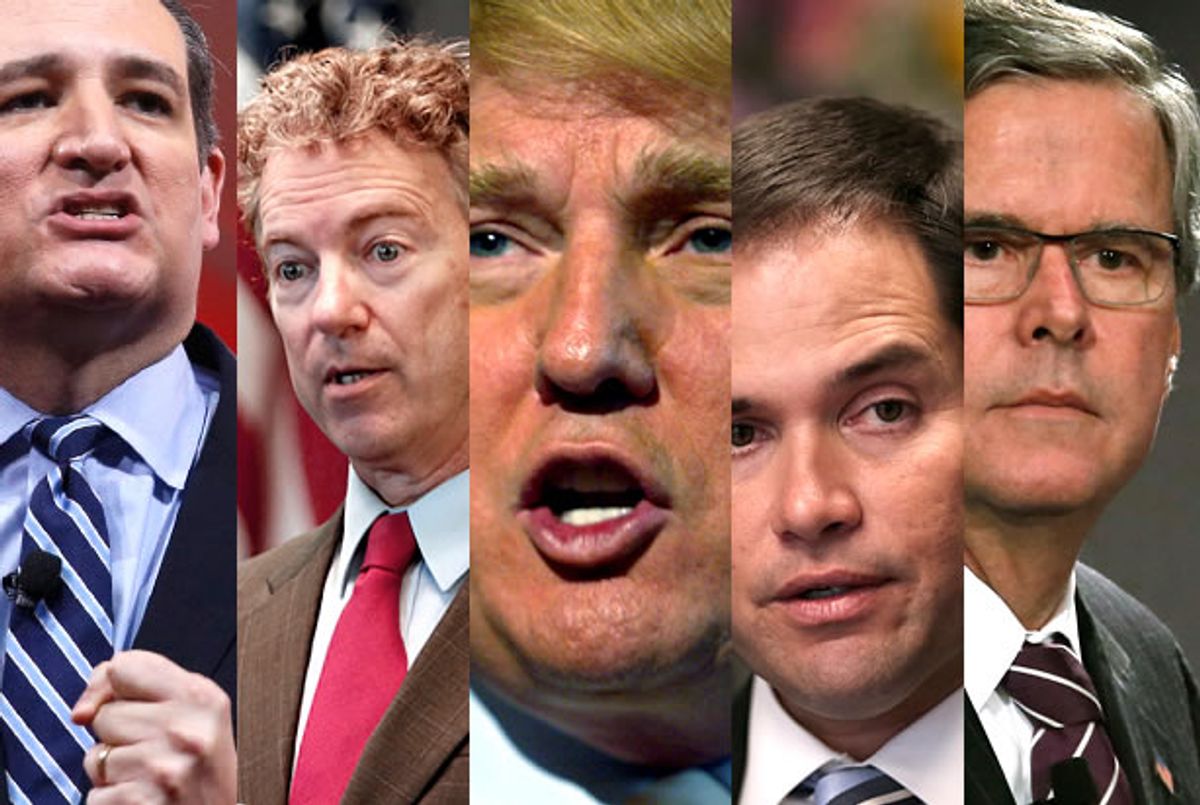 The Republicans know that Thursday night's presidential debate could potentially devolve into the political equivalent of a 1970s disaster film -- call it "The Trumpeting Inferno" if you must -- and are desperately trying to stage-manage the debate so that it doesn't turn into something only Democrats can kick back with a bucket of popcorn and enjoy, like Fox News' most recent focus group.

In addition to controlling both who can participate and engaging in a rearguard legitimization of the selected candidates, Fox News and the Republican National Committee are collaborating to make sure that one particular candidate doesn't dominate the debate, either temporally or tonally. Tuesday night, the candidate in question told Bill O'Reilly that he would "hurt anybody" who attacked him.

"If I have to bring up deficiencies," Trump said, "I'll bring up deficiencies." This is precisely the scenario that RNC Chair Reince Priebus hopes to avoid, as he told NBC News Wednesday morning. "The real issue here is Hillary Clinton, Barack Obama, and the fact that the country’s really not in a good place right now," he said.

"That's really -- that's what the focus is," he continued. "We're not going to focus on each other."

One of the debate's moderators, Fox News' Megyn Kelly, told Politico's Dylan Byers that she hopes to accomplish keep the candidates on message by focusing on the "rules for the debates." Fellow moderator Bret Baier insisted that Trump is "going to be treated like everybody else."

"We’re going to treat every candidate the same," he added. "Everybody is going to know all the rules going in. Are we thinking about different scenarios? Sure. Our job is to make sure everybody plays by the rules."

When Byers asked what would happen if Trump didn't abide by those rules, Kelly assured him that "we have a plan, but we're not going to share it with you."

Watch Reince Priebus discuss the debate on Today below via NBC.