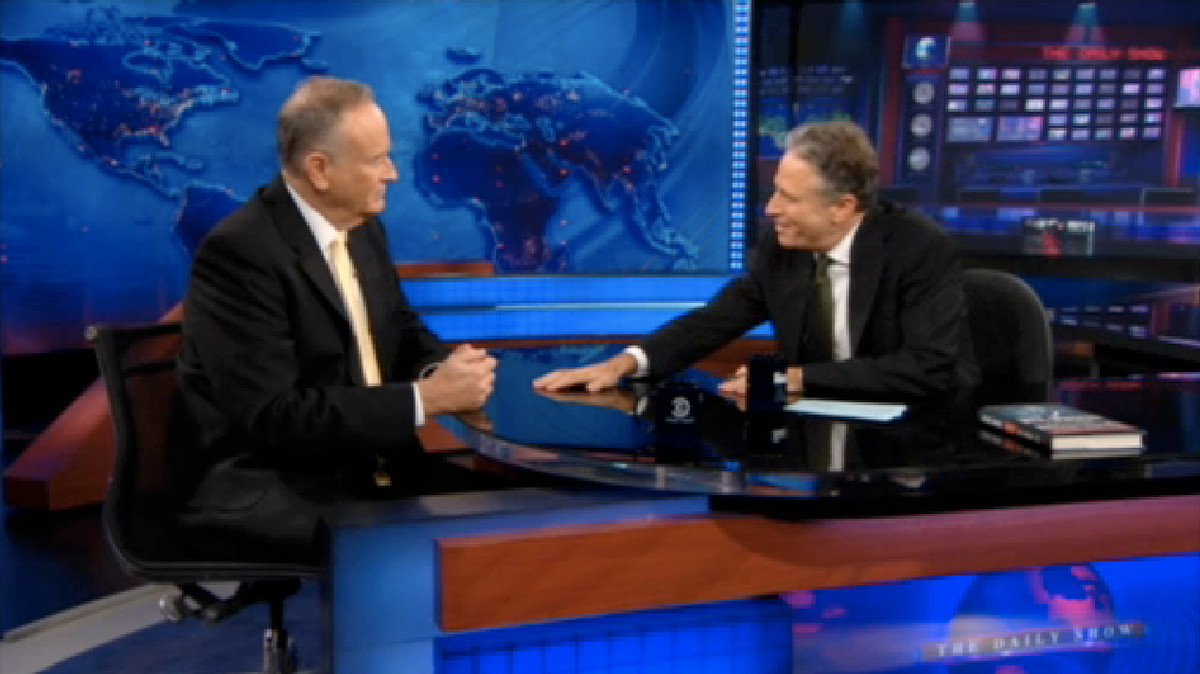 Over on Deadline, Bill O’Reilly has penned an “appreciation” (quotation marks his) of his longtime sparring partner Jon Stewart, which is actually pretty appreciative given the pair’s longstanding rivalry and outspoken distaste for each other’s viewpoints.

“Far more than a comedian dependent upon a squad of jaded writers, Stewart actually thinks about things from time to time,” writes O’Reilly. “He’s good at spotting phonies and is quick with a quip when challenged. I always looked forward to verbally jousting with the man even though, at times, I confused him with facts and I felt bad doing it.”

After making sure to note that “Jon Stewart is being held captive by a self-imposed left wing view of society” that appeals to an audience of “young stoners and aging guys with ponytails,” O’Reilly went on to express that he enjoys his discussions with Stewart, despite their disagreements.

Referencing a debate they had about white privilege, O’Reilly concluded “Stewart made his points, I made mine. At the end of the discussion we had a few laughs as we always do. And that’s what I appreciate. Unlike some of his soulmates, Jon Stewart is not a malicious man by nature. You can reason with him when he’s sober, although there are certain individuals that drive him crazy and he gives them no quarter. In that he’s human.”

He concludes on a bittersweet note: “So the departure of every hairstylist’s poster guy will leave a void in the world of political satire. Undeniably, Jon Stewart was great at what he did. Whatever that was.”