Civil war in Trumpland: Donald Trump's staffers and family members are turning on each other

Donald Trump may be riding high in the polls, but on the inside, his campaign is a giant mess 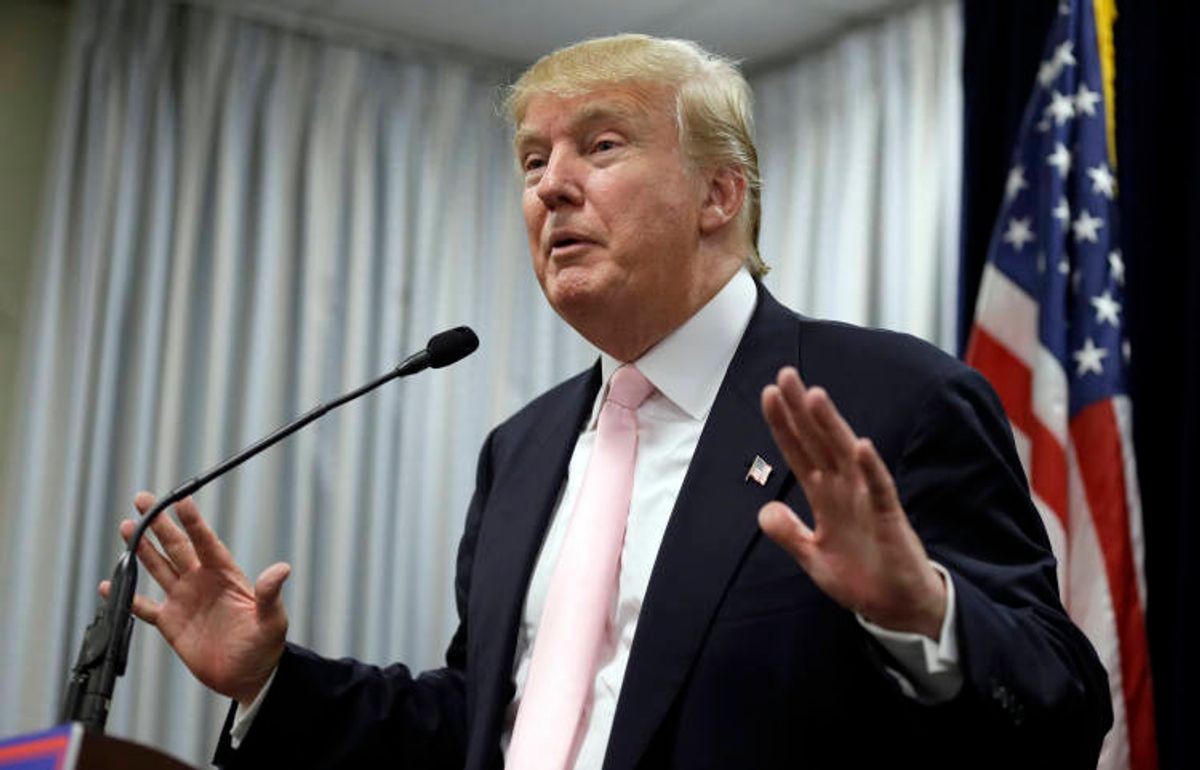 No, it's not a reality TV episode but the inner workings of the political campaign of America's first reality-TV star turned presidential candidate.

According to a new report from New York Magazine, Donald Trump's campaign staff have "now turned to attacking each other," seemingly emulating their boss' penchant for Republican-on-Republican assaults. Gabriel Sherman reports that "the battle lines are drawn between the longtime aides who have advised Trump for years and the new hires who have joined the staff in recent months." Sherman specifically traces the troubles in Trumpland back to the January hire of campaign manager Corey Lewandowski.

Lewandowski, Sherman contends, "was involved in the leak" of racist Facebook posts made by controversial Trump aide Sam Nunberg to Business Insider last month. Nunberg, who had previously been pushed out of the Trump orbit after authorizing an unflattering profile of Trump in Buzzfeed last campaign cycle, was fired recently for racists posts about President Obama and the daughter of Al Sharpton he made back in 2007. Although Lewandowski vehemently denies any involvement in the leak, according to Sherman, Nunberg is convinced that the entire episode was set-up as a pretext to fire Nunberg, again:

Whatever the case, Nunberg's firing and the turmoil it's caused in Trumpworld illustrates the difficulty Lewandowski has faced wresting control of the campaign. For months, according to a source, he'd been at odds with Nunberg. Not long after becoming campaign manager, Lewandowski instructed Nunberg, who'd been a Trump adviser for several years, to work from home instead of headquarters, a source said. Nunberg felt further marginalized when Lewandowski had him bumped off several campaign trips. The biggest flashpoint, however, was Lewandowski's refusal to release detailed policy papers Nunberg had written for Trump. “The campaign was getting killed for having no substance, and Corey wouldn’t release them,” a source close to the campaign explained.

Sherman also outlines internal divisions over the Trump campaign's media strategy, with some Trump aides complaining that the former "Fox & Friends" regular contributor hadn't given Fox News enough exclusive access, opting instead to turn to CNN for interviews and scoops:

For example, on July 15, Fox News chairman Roger Ailes spoke with Trump by phone and asked Trump to give Fox the exclusive on his $10 billion financial disclosure. Trump agreed and told Ailes to send a courier to Trump Tower to pick it up. But, according to the source, before Ailes’s courier could deliver the release back to Fox, someone inside the Trump campaign sent it to CNN, thereby subverting Fox’s exclusive.

Two weeks later, CNN beat Fox again on another major scoop when it obtained a campaign statement quoting Trump’s ex-wife Ivana denying decades-old allegations aired in a Daily Beast article that she accused Trump of raping her while they were married.

Lastly (and perhaps most remarkably), Trump's campaign turmoil has spilled over into his personal life. Trump, who has involved his children in many of his past business ventures, has reportedly caused friction in his family with some of his more controversial campaign statements. According to Sherman, Trump's daughter, Ivanka, was none too pleased by her father's proclamation that Mexican immigrants were "criminals" and "rapists" during his campaign kick-off speech.

"Ivanka submitted several drafts of a statement for Donald to release to walk back the quotes, but he refused to have them published," Sherman reported. According to a close friend of the 33 year-old entrepreneur, Ivanka thought "her father was hurting himself with his extreme anti-immigrant rhetoric."

Despite his campaign's turmoil, Trump enters tonight's debate with a nearly 12 percent lead over his nearest Republican rival in an average of national polls.