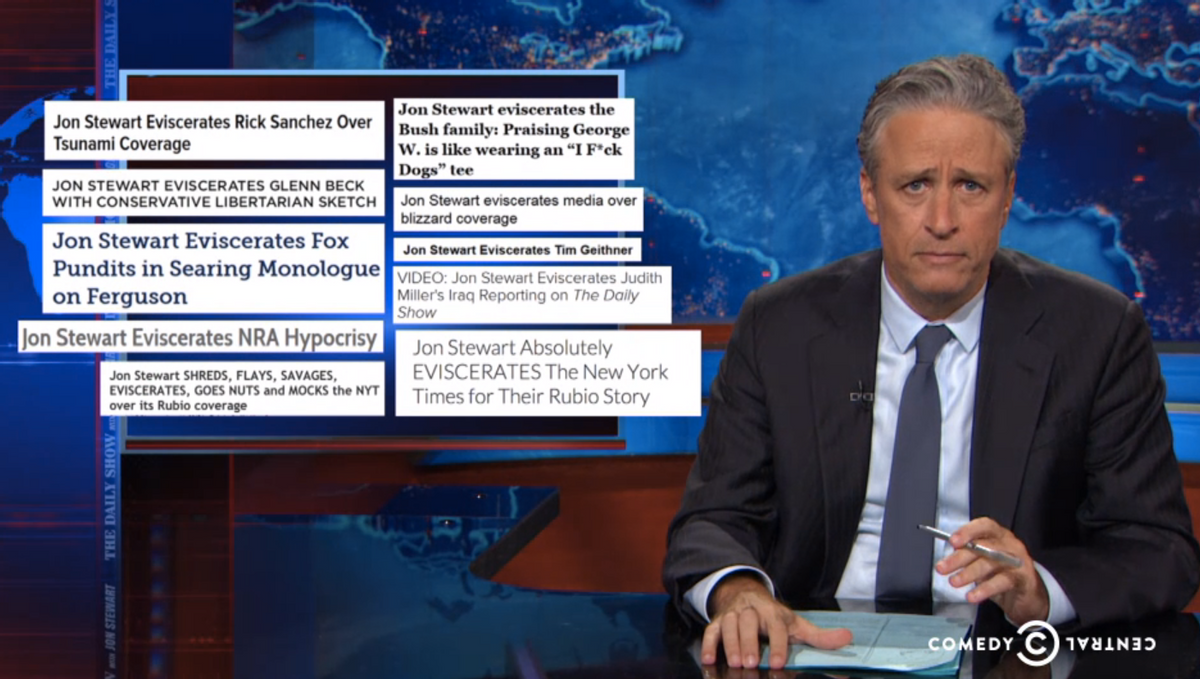 Well played, Jon Stewart. On Wednesday night, the soon-to-be retiree took a look back at some of his finest moments of "evisceration," as defined by a handful of hyperbolic headlines from media outlets through the years. Haha what are you talking about, Jon? Salon has never done this.

(Needless to say: Salon did not walk away from the segment unscathed.)

“I feel like what we’ve built here is a monument to evisceration,” Stewart said, consoling those media outlets left out of the round-up (but still "walking around with a belly full of viscera") that he hadn't forgotten about them. "We’ll put it all up on the web!”

Later, Stewart sunk into a full-blown Shakespearean existential crisis when he realized that the world was still in shambles (via ISIS, Fox News, etc.) and that his evisceration may have been for "naught."

"Sixteen years of barbs and jeers spurred none to greatness!" he weeped.