Jon Stewart fought the good fight during the Bush era: "You had the mainstream media ... reduced to taking seriously the garbage that was coming out of the right" 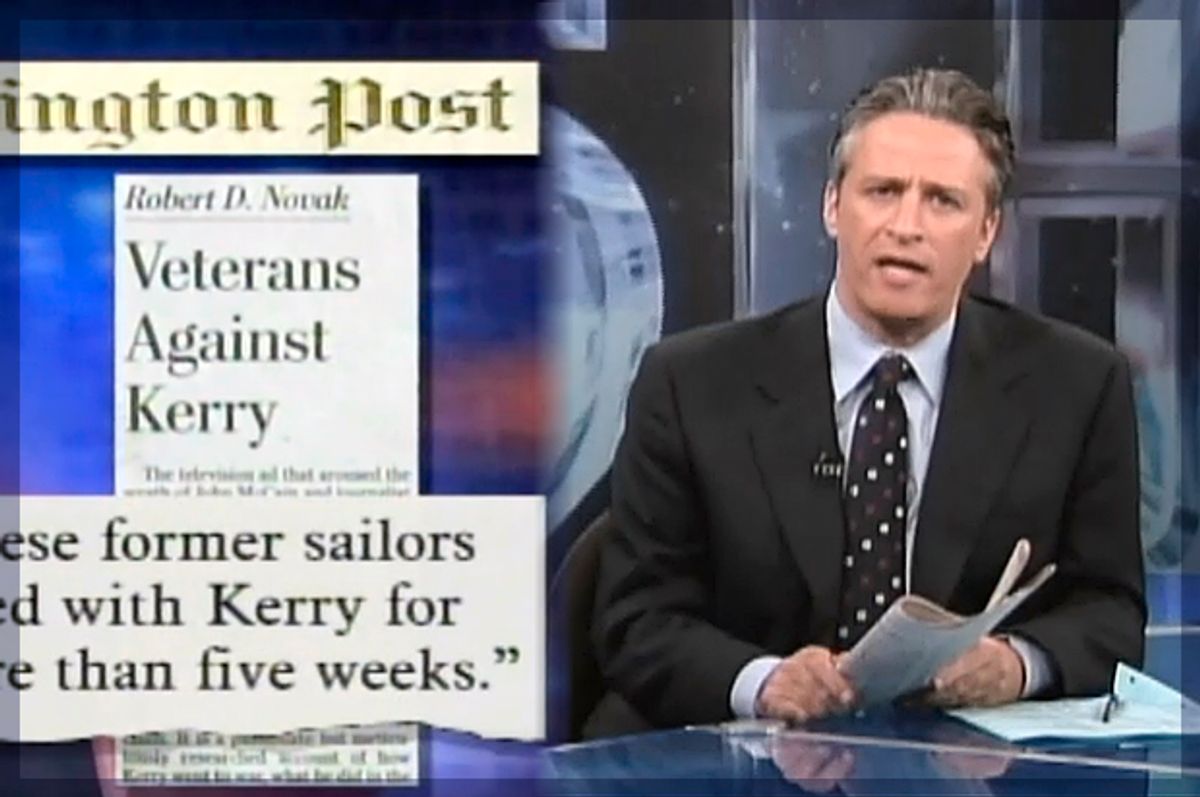 After 16 years of anger and insight and satire, Jon Stewart will step down from hosting “The Daily Show” tonight. He’s punctured official claims about foreign invasions, put issues like the veterans administration scandal on the national agenda, and been hailed as the most trusted journalist of our day.

But how important was Stewart, exactly? What’s his legacy going to be? We spoke to longtime media critic, Columbia professor and “Occupy Nation” author Todd Gitlin. The interview has been edited slightly for clarity.

We’re in the last week of John Stewart’s tenure on “The Daily Show.” By now, Stewart has been hailed by everyone from President Obama to Amy Schumer. Some consider him the most important left-of-center figure in the country who does not sit in the White House. Is this really a turning point for the discourse of politics and culture? What kind of impact has Stewart made?

Whether it’s a turning point, I can’t say – we haven’t made the turn yet; I’m not much on prophecy.

I think he’s been important – has he been all-important? No. Has he been second-important, discourse-wise, to Obama? Probably not.

But during the Bush years he was very important: There was such a guarded, muttering, poor excuse for an argument in the country. There was such self-intimidation and self-stifling in the works that there was no pronounced left-of-center voice to call the lies. And Stewart was very talented – was, and remains so.

There was a time, in the early years of this century, where he was a touchstone for opposition. I would go from campus to campus to give a talk, and Jon Stewart was the common currency: What he had to say about swift boats, many people felt, was indispensible.

When people are not sure how many people agree with them, and they need to hear someone articulate something like their point of view – or which arouses the fire in their belly – Jon Stewart was an echo-chamber that fed back to people their disbelief that the country had been commandeered by lunacy.

For me, he was more indispensible during the Bush years. At his peak, he was a voice of encouragement and of no bullshit – very important.

It sounds like you're saying that Stewart was at his most important when the mainstream press and media – newspaper, television news, et cetera – was not sufficiently aggressive or skeptical on the Iraq invasion. Is that what we’re talking about? That they gave Bush a free pass and opened the door for Stewart to be a truth-teller.

Yeah – there was a collective self-stifling. I think the Swift Boat episode was when he was especially good: You had the mainstream media dazzled and intimidated and reduced to taking seriously the garbage that was coming out of the right. There was no other way to feel you had foothold in American culture than to hear Stewart call out not only the right wing, but the stupefied media, the mainstream media, that felt they had to take this garbage seriously.

So that was important. How important? You’ve seen the numbers -- his numbers were lower than Bill O’Reilly’s. He expresses, or compresses, the stance of a million or so people – the sentiment of a fringe. But it’s a fringe that has a lot of social capital, and that’s something.

Whenever he tried to step beyond the critical role – to put forward a point of view that could stand on its two feet, without being derivative of the mainstream, he flopped. The rally has nothing to offer; even the famous moment when he said, “you guys are hurting America”… hurting America? Is that all you have to say? The demoralization was so widespread that was that that was taken as an important radical insight.

He sort of took media criticism out of the alternative weeklies and academia. How substantial was his critique of television news, Fox, and the rest? Was he on-target, perceptive, intelligent on this stuff?

The very claims of Fox News to be a news organization rather than a propaganda bureau needed to be greeted with a gigantic raspberry, so that mattered. So it was valuable to have a running commentary.

Is there a historical parallel to anyone – in television, radio, print – who galvanized an audience around a line of critique?

Not really. Will Rogers played a more anodyne role; his audience was larger but less pointed. Mencken, at some point, but Mencken’s politics were ambiguous. Certainly no one else I can think of over the last 50 years. There were some comedians who had a run at it, but they were more genteel and fuzzy politically.

I think the consistent level of devastation Stewart brought to the mainstream is something for which I can’t think of a precedent.