In a new essay, she explains how she got so confident -- and you can too 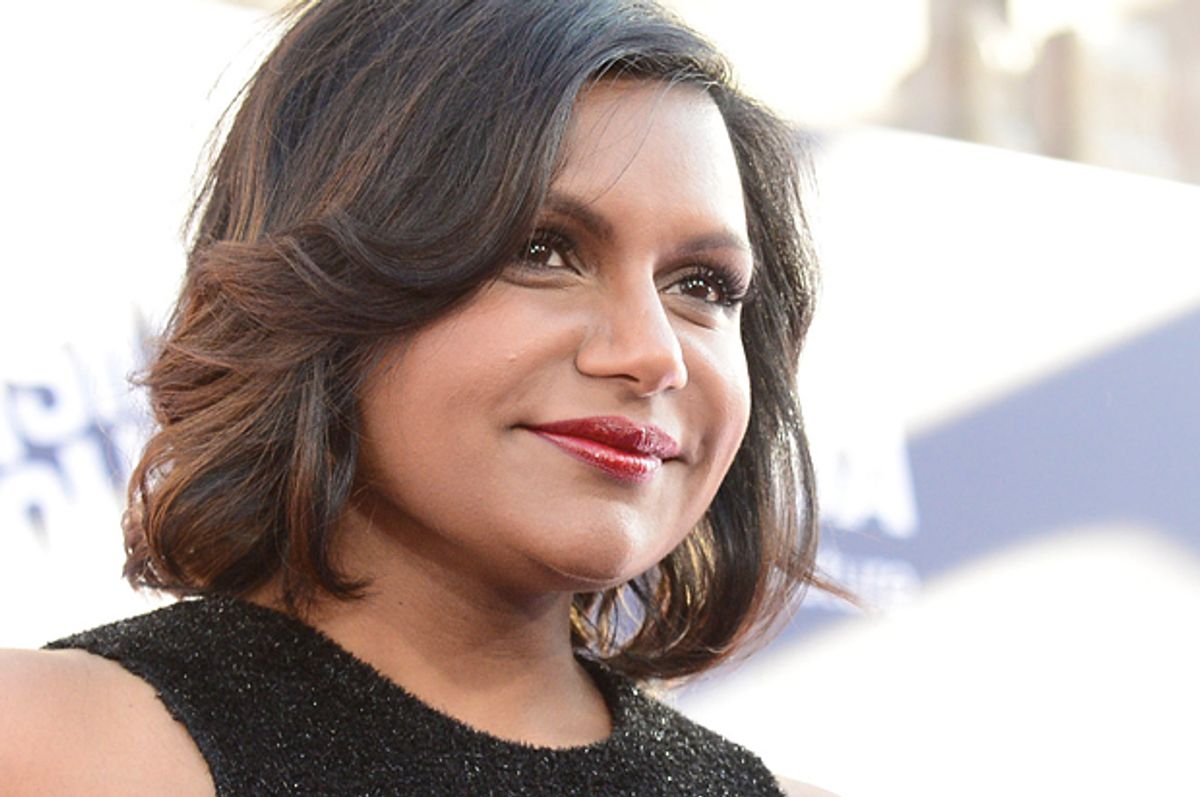 Mindy Kaling has a lot to feel good about in her life. At 36, she's an Emmy nominated, SAG Award-winning veteran Hollywood director, writer and actress. She's a bestselling author. She's appeared on magazine covers and in major ad campaigns. And in an excerpt from her new book "Why Not Me?" for Glamour, she reveals her one weird trick for success — hard work.

In her excerpt, Kaling tells the tale of being on a panel when a young Indian girl asked her, "Mindy, where do you get your confidence? Because I feel like I used to have it when I was younger but now I don't." She says she felt like she didn't give the girl the right answer then, and she wants to tell her now what she knows. "Confidence is just entitlement," she writes. "Entitlement is simply the belief that you deserve something. Which is great. The hard part is, you'd better make sure you deserve it." And she adds, "People talk about confidence without ever bringing up hard work. That's a mistake."

Oh yeah, the work. True achievement, or confidence, or whatever it is you think you see in other people and not yourself, is like a great Penn and Teller trick. The rest of the world sees the result, but the result is about making effort look effortless. What you don't see is all the thought and practice and getting it wrong, for a really long time, before getting it right. What you don't see are what Malcolm Gladwell famously described as the 10,000 hours it takes to earn the right to call a thing your own. And women in particular, often struggling to just lean in and have it all etc., etc. etc., are often operating with the fear that if they admit what they do is difficult and challenging, that they're not in fact just tossing off award-winning scripts or winning landmark legal cases or breaking world records before they've even finished their morning coffee, they will be professionally undermined as somehow less innately qualified than their male colleagues.

One of the first great truths we all learn in life is that it is not fair. Advantages and native aptitudes are not handed out with equanimity. As a recent Fortune feature on new business ventures noted, "The secret sauce to being a successful entrepreneur is apparently coming from a family with money." And Kaling, the Dartmouth-educated daughter of an architect and doctor, surely knows that other people have had far greater obstacles on the road to success than she. As a woman and a member of a minority group, she also surely sees that others have had far fewer. But there's a distinction between privilege and achievement, and between being confident because you have things and being confident because you've done things. Kaling's talking about the latter, truer kind.

She says, "Hard work is such a weird thing. As children and teenagers you are told it's a really good thing, but for adults it suddenly becomes the worst thing in the world." It's true. I don't where, along the way, we became a culture in which getting by on the least amount of effort somehow became a thing to aspire to, but that's not how stuff actually gets done. As Miles Kimball and Noah Smith wrote in a 2013 Atlantic feature on overcoming fear of math, "Inborn talent is much less important than hard work, preparation, and self-confidence." Which is another way of saying, deep down, you know that pill that promises to melt fat while you sleep is a scam, right? You know there are the people who talk about getting around to writing their novels or finishing their degrees, and there are the ones who get up at 4 in the morning so they can actually do it, right?

I don't have anywhere near Mindy Kaling's level of talent and determination — which is why I don't have anywhere near her level of achievement — but I do know this: Everything in life that I've ever done that I'm proud of I busted my ass for. Everything. They all represent hours and hours and hours of life spent not doing other things so that I could have them. They represent failure and pain and frustration. Yet we rarely talk about that side of the story. We talk about how to make things easier when the long, hard road is the one where are the things you really want are. The easy one is just full of the stuff you'll settle for. And the secret to confidence? "Work hard, know your shit, show your shit, and then feel entitled," says Kaling. "Because confidence is like respect; you have to earn it."

Comedy Mindy Kaling The Mindy Project The Office Tv Why Not Me?