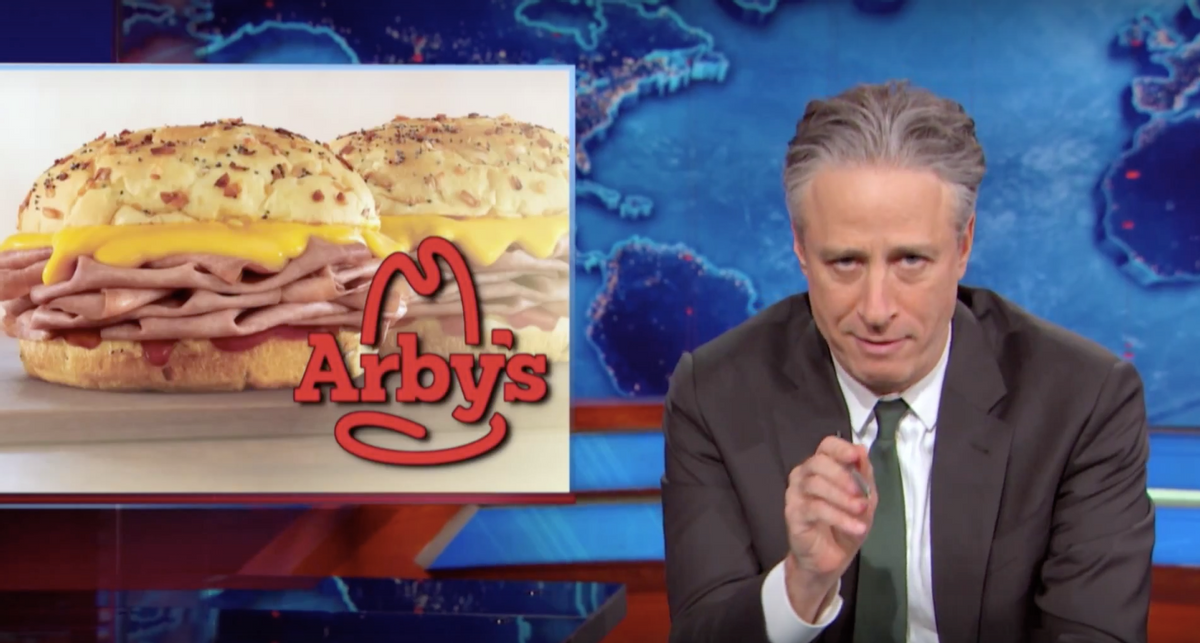 The fast-food chain, a favorite punching bag of Stewart's during his 16-plus-year residency on 'The Daily Show," tried to win back the host's heart Wednesday by airing a spendy 30-second supercut of all the insults Stewart has lobbed its way. That video, weirdly enough, was titled "Thank You For Being A Friend."

"Not sure why, but we'll miss you," the ad ends with, a generous statement coming from the fast-food chain that, just this year, was stomped on after reaching out with a similarly cutesy message.

"Jon, feel free to reach out to us at careers@arbys.com," the official Twitter account tweeted at Stewart after he announced he'd be stepping down from the show.

"Come for the tweets, run from the meats," Stewart snapped back, mocking the desperate message on his show the next day.