10 ways Bernie Sanders would make the economy work for everyone

America is facing income inequality unseen since the Great Depression. Working Americans are rightfully fed up 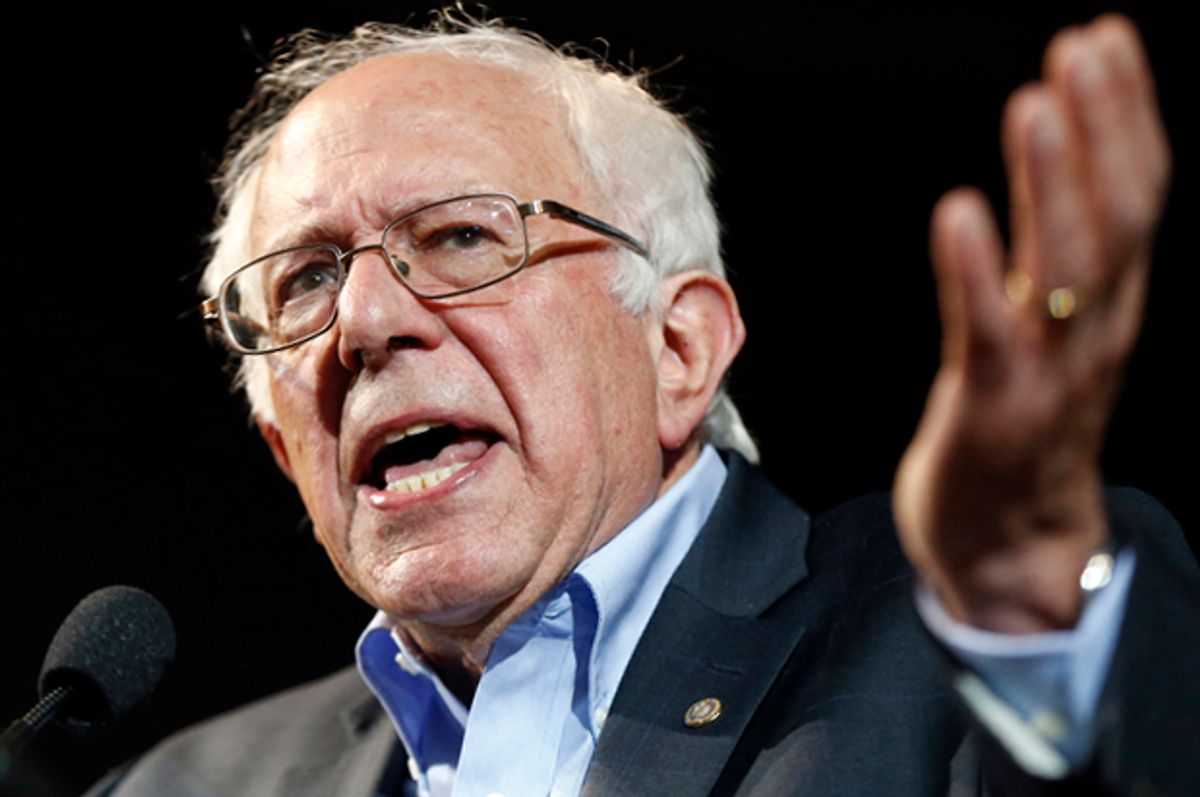 This article is excerpted from The Essential Bernie Sanders and His Vision for America by Jonathan Tasini (Chelsea Green Publishing, September 2015) and is published here with permission of the publisher. The book will be available nationwide on September 8th, which is Sanders’ birthday. For more information.)

"What a lot of people are feeling [about Sanders] is that there is somebody speaking to their issues. I think that’s why you’re seeing so many people come out. People are sick and tired of corporate America, both Republican and Democrat."

—Troy Jackson, a logger from Allagash and former majority leader of the Maine Senate

Everyone cares about how the government spends its money, especially people who embrace the idea that smart, progressive government is a force for good. From the time he was watching taxpayer money as mayor of Burlington right up through his service in the House and Senate, Bernie has always looked for the proper balance between, on the one hand, strong, effective programs that look out for the people and, on the other, financing those programs by asking people who earn more to pay their fair share.

Even before his current campaign for the White House, Bernie thought through, in ten easy steps, a plan to meet human needs by raising hundreds of billions of dollars from the wealthy and corporations, and by reducing wasteful spending. Not a single dime from the list below would come from working people. —J.T.

Ten Fair Ways to Reduce the Deficit and Create Jobs

At a time when we are experiencing more wealth and income inequality than at any time since the 1920s, and when Wall Street and large corporations are enjoying record breaking profits, I believe that we should be asking the very wealthiest people in this country to start paying their fair share of taxes. That way, we will not only lower the deficit but we will bring in enough revenue to invest in our economy and create the millions of new jobs we desperately need.

From both a moral and economic perspective, we must not balance the budget on the elderly, the children, the sick, working families, and the most vulnerable.

Here are 10 examples of how we can raise revenue and reduce spending in a fair way.

1. Stop corporations from using offshore tax havens to avoid U.S. taxes. Each and every year, the United States loses an estimated $100 billion in tax revenues due to offshore tax abuses by the wealthy and large corporations. The situation has become so absurd that one five-story office building in the Cayman Islands is now the “home” to more than 18,000 corporations.

The wealthy and large corporations should not be allowed to avoid paying taxes by setting up tax shelters in Panama, the Cayman Islands, Bermuda, the Bahamas or other tax haven countries. The first bill that I introduced in the Senate (the Corporate Tax Dodging Prevention Act) would raise more than $580 billion over the next decade by eliminating the most egregious corporate offshore tax haven abuses.

2. Establish a Robin Hood tax on Wall Street speculators. Both the economic crisis and the deficit crisis are a direct result of the greed and recklessness on Wall Street. Creating a speculation fee of just 0.03 percent on the sale of credit default swaps, derivatives, options, futures, and large amounts of stock would reduce gambling on Wall Street, encourage the financial sector to invest in the job-creating productive economy, and reduce the deficit by $352 billion over 10 years, according to the Joint Committee on Taxation.

4. Establish a Progressive Estate Tax. If we established a progressive estate tax on inherited wealth of more than $3.5 million, we could raise more than $300 billion over 10 years. [I] introduced the Responsible Estate Tax Act that would reduce the deficit in a fair way while ensuring that 99.7 percent of Americans would never pay a penny in estate taxes.

7. Eliminate the cap on taxable income that goes into the Social Security Trust Fund. If we are serious about making sure that Social Security can pay all of the benefits owed to every eligible American for the next 50 to 75 years, we don’t do that by cutting benefits, we do that by scrapping the cap on taxable income so that a millionaire and a billionaire pay the same percentage of their income into Social Security as someone making $40,000 or $50,000 a year. Right now, someone who earns $113,700 a year pays the same amount of money in Social Security taxes as a billionaire. This makes no sense. Applying the Social Security payroll tax on income above $250,000 would ensure that Social Security remains solvent for the next 50 years. This plan would only impact the wealthiest 1.3 percent of wage earners; 98.7 percent of wage earners in the United States would not see their taxes go up by one dime.

9. Reduce unnecessary and wasteful spending at the Pentagon, which now consumes over half of our discretionary budget. Much of the huge spending at the Pentagon is devoted to spending money on Cold War weapons programs to fight a Soviet Union that no longer exists. Lawrence Korb, an Assistant Secretary of Defense under Ronald Reagan, has estimated that we could achieve significant savings of around $100 billion a year at the Pentagon while still ensuring that the United States has the strongest and most powerful military in the world.

• Bernie is a longtime critic of wasteful Pentagon spending and is pushing to save taxpayer money by cutting tens of billions of dollars from the military budget.

• As part of his advocacy for a sane health care system, Bernie wants to enable Medicare to negotiate lower prices for drugs—which would save the country tens of billions of dollars.