#BeyBeAHERO: Twitter calls on Beyoncé to help defeat anti-LGBT discrimination in her hometown

With Houston set for a divisive vote on a non-discrimination ordinance, all eyes are one of its most famous natives 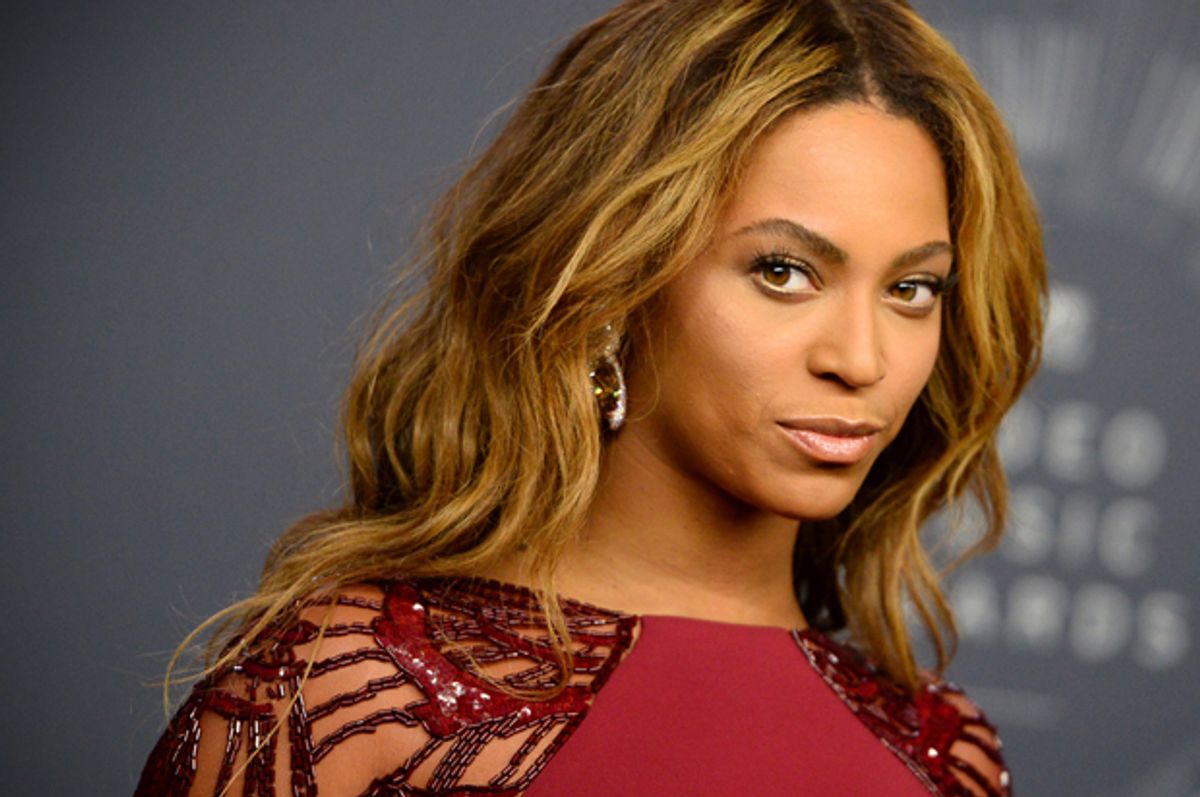 Until last year, Houston was the largest city in the United States without any non-discrimination protections on the books. The May 2014 passage of the Houston Equal Rights Ordinance changed that. HERO prohibited discrimination in areas like housing, employment, and public accommodations, protecting a broad swath of categories, including race, sex, religion, disability, sexual orientation, and gender identity. The ordinance's LGBT protections drew the wrath of social conservatives, who alleged that banning anti-LGBT discrimination encroached on religious liberty and asserted (against all evidence) that transgender-inclusive restrooms would allow men to enter women's restrooms and commit sex crimes.

Such fearmongering couldn't defeat HERO legislatively. Nor could anti-LGBT activists muster enough valid signatures to force a November 2014 referendum on the ordinance. So opponents took their fight to the courts, and they scored a major victory last month when the Texas Supreme Court ruled that the Houston City Council had to either scrap the ordinance entirely or put it up for a November referendum. Given Houston's low voter turnout, particularly in off-year cycles, and the visceral arguments peddled by HERO opponents, LGBT advocates have ample reason to worry that the ordinance will go down to defeat at the ballot box.

That's where Beyoncé comes in.

The back story: In the wake of the Texas Supreme Court ruling, Carlos Maza, the LGBT program director at Media Matters (disclosure: he's a friend, and a former boss) penned an essay for the Huffington Post calling on the global superstar -- who boasts upwards of 42 million Instagram followers -- to leverage her social media clout to speak up in support of HERO, as she has for other LGBT causes, including marriage equality. (An Instagram post lauding the Supreme Court's marriage ruling this summer garnered over a million likes, Maza noted.)

But why Beyoncé? Aside from her formidable reach, the singer was an obvious choice because she's a beloved native of Houston. What's more, Maza pointed out that as the public face of pro-HERO forces, she'd offer the perfect contrast to one of opponents' most prominent champions -- former Arkansas Gov. and current 2016 presidential candidate Mike Huckabee, who's notorious not only for his fire-breathing social conservatism, but also for his slut-shaming condemnation of Beyoncé and husband Jay-Z, whom he viciously attacked as a prostitute-and-pimp pair in his most recent book.

Maza's viral post sparked a Twitter hashtag campaign, #BeyBeAHERO, urging the singer to lend her support to the cause. Prominent LGBT organs like GLAAD and Out Magazine have taken note:

Beyoncé has yet to weigh in on the fight, but supporters of #BeyBeAHERO show few signs of letting up.

The singer's endorsement may also help undercut one of the most cynical tactics employed by anti-HERO forces. Opponents of the ordinance have attempted to drive a racial wedge between African Americans and the LGBT community, rallying a handful black pastors behind the anti-HERO effort. A full-throated statement in support of the ordinance from arguably the most influential black entertainer would send a powerful message.

Will it be enough? With a potentially razor-thin margin separating HERO supporters and opponents -- and in an age when a Kimye-Hillary Clinton selfie breaks the Internet -- you'd be foolish to write off the impact a single Beyoncé post could have.