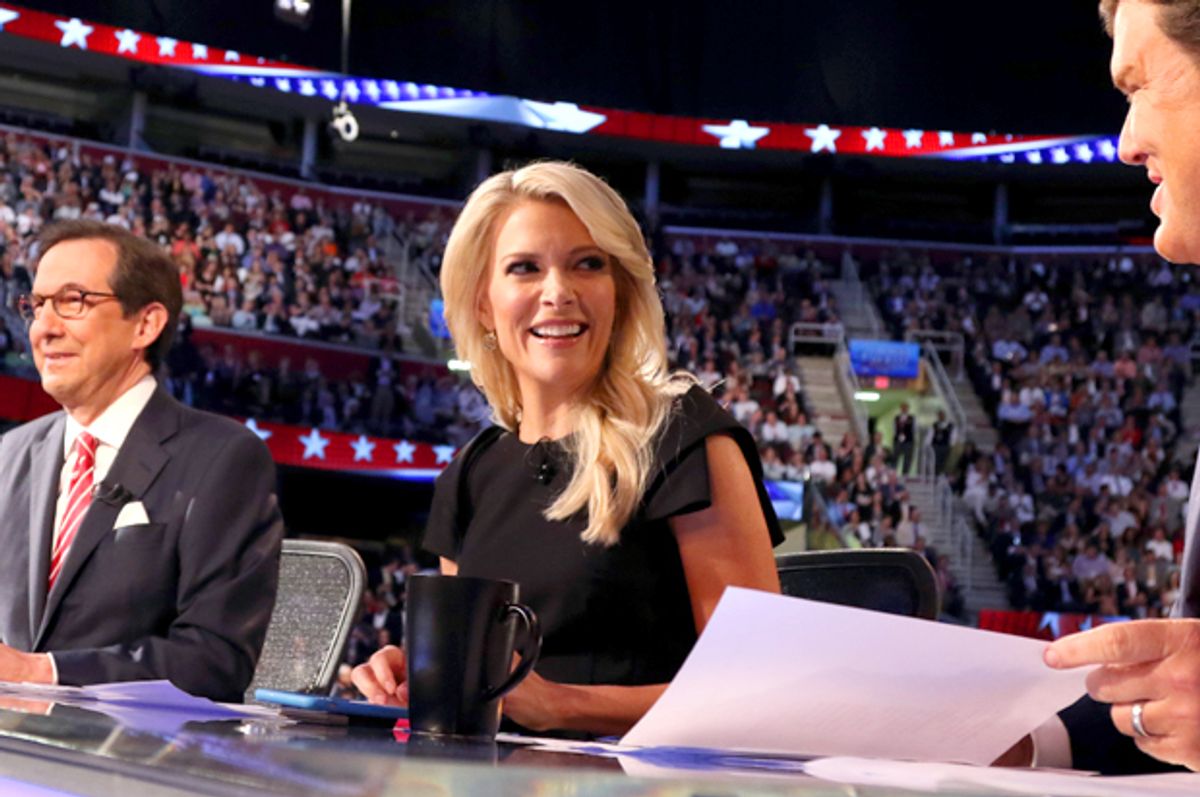 Fox New's Megyn Kelly is facing a torrent of backlash from conservative Fox News viewers and Donald Trump supporters after her performance as a moderator for last night's first GOP debate.

After Kelly, who has built a brand for herself as a hard-hitting presence in primetime, took her pointed, former litigator style line of questioning to the debate stage in Cleveland last night, Fox New fans flooded her Facebook page to share their disapproval.

"Megyn it's clear you do not like or support Trump, that's too bad because once upon a time journalism was unbiased. You must have missed that memo," one message read, referencing Kelly's opening series of question to the GOP frontrunner.

Kelly asked Trump about his past misogynistic comments and his history of donating to liberals.

"Megyn, I was a fan, until tonight. Your behavior tonight has validated everything Trump has said about the media.....Well done, you proved him correct on yet another topic! Go Trump," another comment read.

"Once your ego came into the room, there was no room for the GOP debate."

"You really bought into the whole Democrat 'War on Women' falsehood, Megyn Kelly. Took you for smarter than that. Sad and disappointed."

"Kelly, your little snigger about God before the break was horrible. Please leave Fox News as you are no longer wanted."

"You have disgraced yourself last night Megyn, you stooped down to what liberal's do on CNN and MSNBC."

"Murdock. put out a contract on Trump and Kelly is the hit girl," one Facebooker mused before encouraging his fellow Trumpmaniacs to use the hashtag #BimboBackfire in reference to a tweet calling Kelly a bimbo that Trump himself retweeted this morning. A whole host of other posters argeed that "the debate was rigged to upset Trump."

"You're a disgrace. I hope you enjoy all the backlash from implementing your "secret plan" to embarrass the front runner. Trump 2016!"

"Megyn Kelly ... be fair and balanced to The Donald."

For his part, Trump's been on his own war path against Kelly and the conservative network that had hosted him for once a week commentary up until his entrance into the presidential race: