If you like these 8 sitcoms, you will love "Difficult People" 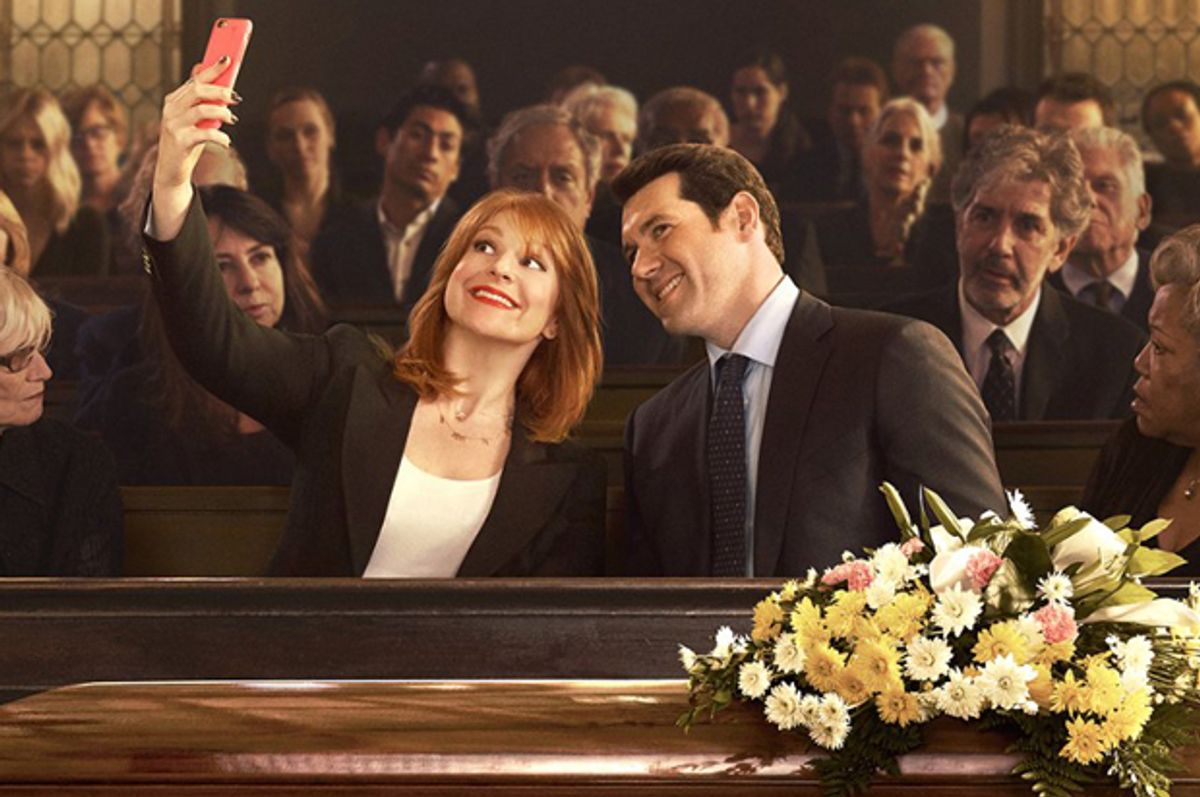 While the show certainly shares some similarities with Poehler’s last hit “Broad City” (a strong central friendship, New York-specific gags, etc.), Billy and Julie's adventures have a much more pointed scope than the absurd romps offered by Abbi and Ilana. With its rapid-fire celebrity references and sharp meta-commentary on the entertainment industry, "Difficult People" seems designed to appeal to a certain subset of smart-ass New Yorkers living in working in media or entertainment and prone to frequently refreshing their Twitter mentions (which is probably why yours truly enjoyed the show so much).

With that said, anyone who enjoys clever comedy will find plenty to like about the show, which takes inspiration from a range of influences to create something that feels fresh and distinctive -- a feat that makes sense considering Klausner's long and impressive track record writing for comedy, TV and entertainment media (Klausner, just like her character on the show, used to write "Real Housewives" recaps for Vulture). Here are some of "Difficult People's" most notable pop culture analogs and inspirations:

1. The cringe comedy of "Curb Your Enthusiasm"

“Curb” might be “Difficult People’s” closest comedic analogue, with Julie Klausner describing the show to Entertainment Weekly as “'Curb Your Enthusiasm' if the two leads had never created 'Seinfeld.’” Judging by the first three episodes, Julie and Billy certainly share Larry David’s misanthropy, neurosis and tendency to instigate unnecessary conflicts, yet without money and fame to help justify their oversized egos. And, just like on “Curb,” many of the show’s conflicts stem from Billy and Julie's tendency to transgress the boundaries of socially acceptable behavior: The pilot has the pair getting in trouble for lewd language during a matinee of “Annie” on Broadway, while another incident centers on Julie getting in trouble for a tweet about R. Kelly peeing on Blue Ivy (thank god show-Larry didn’t have a Twitter account back in the day).

2. The solid friendship of "Broad City"

Despite “Difficult People’s” prickly exterior, the loving and quasi-codependent relationship between Billy and Julie is the heart underpinning all the snark. In this sense, it shares a lot with Poehler's previous effort; much in the way “Broad City” feels like Abbi and Ilana against the world, “Difficult People” depicts Julie and Billy as best friend soulmates — the only people who truly understand each other — battling a series of outsiders who just don’t get them (or as Billy bemoans at one point, “Our lives are garbage and it’s the world’s fault.”)

Few shows mobilize pop culture references as vehicles for comedy as skillfully as “Difficult People.” Billy and Julie are obsessed with everything celebrity, and no targets are immune from their scathing judgment: From Chelsea Handler (“what would I rather see less, Chelsea Handler’s nipples or her Netflix talk show?") to Chrissy Teigen (“She doesn’t have quite the shrewd mind of a Naya Rivera”) to cringe-worthy comments on FDR, even (“I love that he was born during a time when handicapped people still had to wear blankets on their laps").

There are plenty of shows chock-full of celebrity cameos, but perhaps because of Julie Klausner’s Upright Citizen's Brigade background, not to mention Amy Poehler’s production credit, there are an overwhelming number of familiar faces that have "Saturday Night Live" or UCB written somewhere on their resumes, including -- but not limited to -- Marty Short, Rachel Dratch, Fred Armisen, Seth Meyers, Ana Gasteyer and a stellar-as-always Kate McKinnon. Stars of "Parks," "30 Rock" or anything in the extended Lorne Michaelsverse will feel right at home.

5. The prickly antiheroine of "The Comeback"

While there are plenty of comedic antiheroes on TV ("Curb," "The Office," "Louie," etc.) it's much less often that a female lead is given free reign to be brash, mean and completely self-absorbed. That's what makes Julie such a refreshing character. Much like "The Comeback's" Valerie Cherish (played by Lisa Kudrow), Klausner is much more concerned with being real and funny and flawed than she is with being liked. As Klausner told The Observer recently, “I remember when 'The Comeback' first came back in 2001, I was completely blown away. I remember thinking, ‘Oh my god, this is the first time I’ve seen a woman get to do what Larry David does ... you know, being self-absorbed, shallow and not terribly self-aware but completely funny at the same time.”

6. The New York-centric nothingness of "Seinfeld"

“Difficult People” has a lot of the tropes of a conventional NYC-based sitcom (tiny apartments, idiosyncratic New York city types) but the way the show utilizes the city feels particularly Seinfeldian in how many of the subplots are about, well, nothing. Storylines from the first few episodes -- Billy and Julie coming up with a scheme to bottle the water that comes out of library drinking fountains, Billy dumping his boyfriend because he is too much of an audience participant -- seemed plucked straight from the minds of Larry and Jerry. The relentless self-absorption, narcissism and "no hugging, no learning," philosophy are there in spades, too.

7. The dark meta-comedy of “Louie”

“Difficult People” comes from a long line of shows about comedians playing less successful versions of themselves, but its most direct inspiration is definitely “Louie,” a show Klausner has said she often had in mind when writing the show (both shows are produced by 3Arts’ Dave Becky). While the structure is a bit more like a conventional sitcom, “Difficult People” has a lot in common with the Louis C.K.'s beloved FX comedy: the aforementioned New York specificity, the insidery exploration of the comedy world, the antiheroic leads, and a tone that can veer very quickly into darkness.

8. The quintessential Billy-ness of “Billy on the Street”

From “Parks & Recreation” to his hilarious man-on-the-street gameshow “Billy on the Street,” Eichner always seems to be playing some version of his charmingly sardonic self (having seen him speak in person, I can confirm this is not a put-on). Billy's many devoted fans — and if you aren't one yet, welcome on board, latecomers! — will get plenty of bang for their buck in “Difficult People,” which showcases the comic at his dry, acidic best, as he oscillates between scathing putdowns (“sometimes when I hear you speak, I feel like I should join the Westboro Baptist Church") and irreverent bon mots ("What's more of a turnoff, veganism or Judaica?"). Yet the show also allows him to display a nuance and emotional range that doesn't always come across when he's yelling at strangers on the street, as he struggles to cope with breakups and navigate his many deep-rooted hangups and hostilities. Suffice to say, if you didn't already suspect that Eichner was one of the most genius comedic performers working right now, "Difficult People" should settle that score once and for all.