There is no such thing as an "unbiased" history class: The right-wing backlash against AP U.S. history masks a deeper problem with how and what we teach 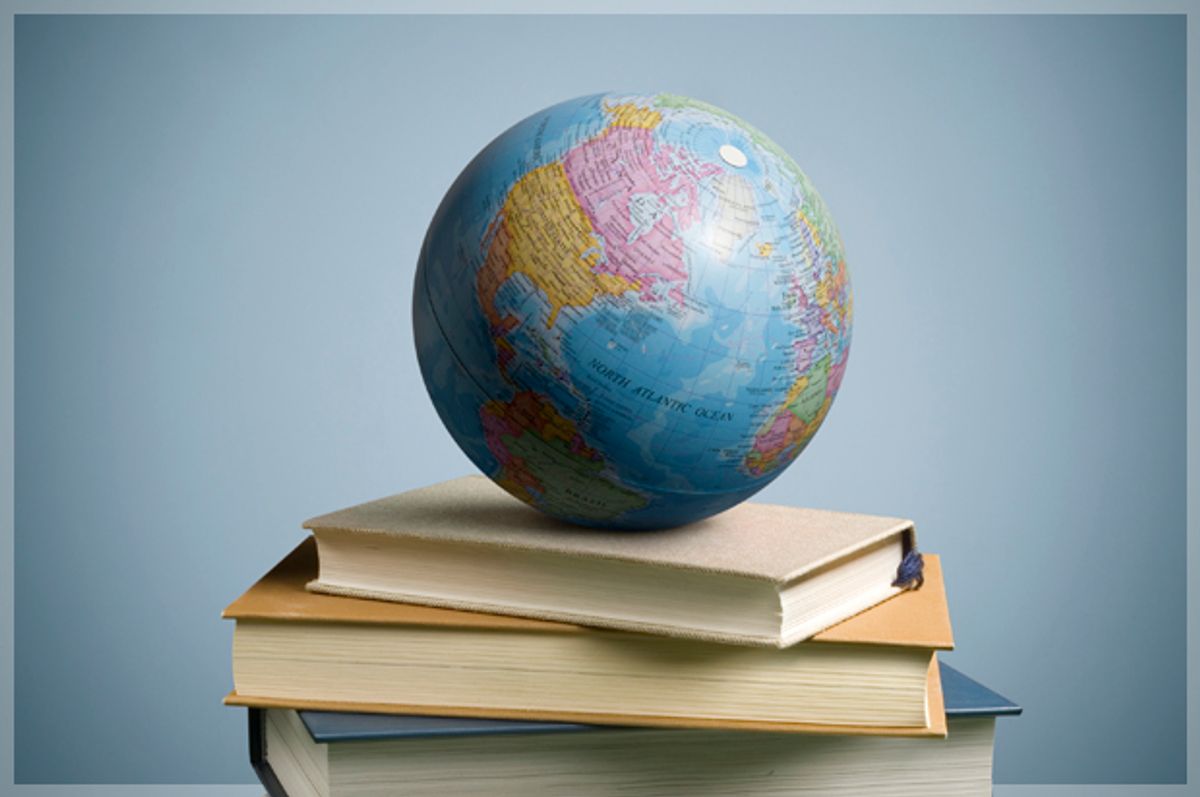 The summer before my senior year of high school, I went on a family vacation to India that was, in and of itself, an education. I had, of course, a connection to the land my mom and dad called home for half their lives, and had been on a handful of trips to the country before. Still, I was struck with jealousy whenever a classmate in AP art history casually spoke of trips to Italy with her parents that seemed, to me, so sophisticated. Our two-week unit on Hinduism during eighth grade social studies, the majority of which was spent memorizing the intricacies of the caste system, hadn't exactly afforded me the same bragging rights.

But a program I'd participated in a month earlier, focused on international studies, had left me uniquely primed for the experience. Many of the 99 New Jersey teens I'd forged strong bonds with the weeks before had similar ties to places they'd also never discussed in their respective high school's curricula, a problem not lost on us as a unit. We debated genocide in Rwanda, and noted the lack of American intervention. The fact that here, in this classroom where we'd all elected to be during our summer vacation, was the first time we'd grappled with the history of the African continent beyond its relation to slave trade, felt deeply relevant.

And so I approached this trip differently than I had others, bolstered by my new friends' curiosity and excitement about my late summer plans, and with a sense of purpose. I took seriously our visits to living, but very much historical, houses of worship. I forged connections with India that were not just cultural and spiritual, but academic. This still didn't strike me as an explicitly political stance until my freshman year of college, when a professor posited that the Western eye had not been taught to appreciate the aesthetic sophistication of Eastern art. "Crude, misshapen and ugly,” Mark Twain, I was told, had written on the sculptures of Benares. "They flocked through one's dreams at night, a wild mob of nightmares."

The words stung so because I admired — or, as I was learning, had been trained to admire — the beauty of Twain's work. And what's more, to respect its assured place in the American canon, the entirety of which now seemed to me to be dismissing from its perch, wearing an expression of casual disgust, the traditions of a subcontinent from which I drew so much of myself.

Last week, the College Board announced that it had revised the AP U.S. history framework it released a year before, responding to concerns from “a wide range of stakeholders.” Perhaps the most famous was GOP presidential candidate Ben Carson, who quipped last year that “most people when they finish that course, they'd be ready to sign up for ISIS.” One member of the committee tasked with the redesign said, “If it felt like the way things were phrased indicated any kind of bias or slant, we tried to neutralize that bias.”

Most publicized among the changes was the insertion of the phrase “American exceptionalism” into one of the learning objectives: “This theme focuses on how and why definitions of American and national identity have developed, as well as on...citizenship, constitutionalism, foreign policy, assimilation, and American exceptionalism.” The College Board asserted its confidence that most critics would be satisfied with the changes.

Stanley Kurtz, one such critical voice, expressed concern last year regarding the College Board's ties to historian Thomas Bender. Among Bender's many offenses was a clear statement of fact that Kurtz presents as obviously dangerous: The U.S. is “a province among the provinces that make up the world.” Any confidence that Kurtz might be appeased by the changes was misplaced — he defers to University of Dayton professor Larry Schweikart, who cites American exceptionalism as resting upon four pillars, chief among them “a Christian, mostly Protestant religious heritage.” “There is no indication that the AP group understands — much less endorses — these pillars,” Schweikart writes.

Schweikart's reading is a generous one. One can only hope that the neutral, unbiased position of the College Board is that American exceptionalism is an ideology to which many subscribe, and not that it is objectively verifiable. I will happily award the College Board the courtesy of assuming that it has not, as Kurtz and Schweikart would have it do, endorsed Protestant values or put forth that America is a world unto itself. (America is, perhaps, exceptional in the absurd insistence of its citizenry that claims to its supposedly self-evident superiority are somehow undermined by learning more about the community of nations of which it is a part.)

But no study of history is entirely neutral or unbiased, a mere set of facts. The very act of deeming one bit of information more relevant than another is the imposition of a narrative upon a past reality. The narrative of our current AP history curriculum is problematic in myriad ways, most only tangentially related to the recent revision. Europe and America are more important than other regions of the world, claims this narrative, and thus European and U.S. history are important subjects. African, Asian and Latin American studies are less important, and can be covered in a world history catch-all. Art history, incidentally, is overwhelmingly dedicated to works from Europe and the U.S., with a few key works from these lesser regions thrown in for good measure. Some areas of the world are civilized, this narrative says, worthy of scholarly inquiry. Others, less so. And, last but not least, a comprehensive study of the history of the land that became the United States begins in 1491.

I thought a great deal about time in India that summer, strolling through ancient cave temples, millenia old, offered up freely for playful exploration. I relished the chance, contrasting it with field trips to carefully guarded American monuments, hundreds of years old at most. So much of what had once seemed so long ago now felt fresh — systemic slaughter of indigenous Americans, de jure discrimination, the fight for civil and women's rights. The idea that injuries that occurred before the advent of color photography were “old news” seemed instinctively ridiculous to me from that point on, and made me more amenable to the notion that their reverberations might still be felt today.

Later, still smarting from Twain's description, I encountered the work of the German Indologist Hans Zimmer. “It is well known that our Christian Western tradition has long refused to accept the wisdom of the pagans on an equal footing with the body of revelation that it cherishes and worships as its own,” he writes. “But there is the odd and persistent fact that it is only after a faithful journey to a distant region, a foreign country, a strange land, that the meaning of the inner voice that is to guide our quest can be revealed to us.”

Twain's words were hurtful, to be sure, but were far more disillusioning. They were not a reflection of the culture he sought to demean, but were themselves crude and ugly, unworthy of a great man and, more important, the nation that held him in such high esteem. Europe has had the greatest influence on America, so the argument might go, and thus we, as Americans, ought to examine Western society in closer detail, with greater gratitude. But it is precisely because it is so familiar that its study bears less urgency. Because it is we who stand to gain the most from the study of other cultures, not just on a pragmatic level, not just academically, but culturally and spiritually as well.

A healthy definition of American identity in an increasingly global society does not lie in a set of traditions carved in stone or encased in glass. Strong foreign policy, and strong citizenship, must be the result of constant evolution borne out of collective personal revelations. America may be exceptional in its willingness and ability to shift its own paradigms, to foster these revelations. But faced with what is, perhaps, the only unbiased narrative that can be gleaned from the past — that education breeds empathy — we can only hope it is not.