The comedian spoke to the European press at Switzerland's Locarno Film Festival, where "Trainwreck" screens tonight 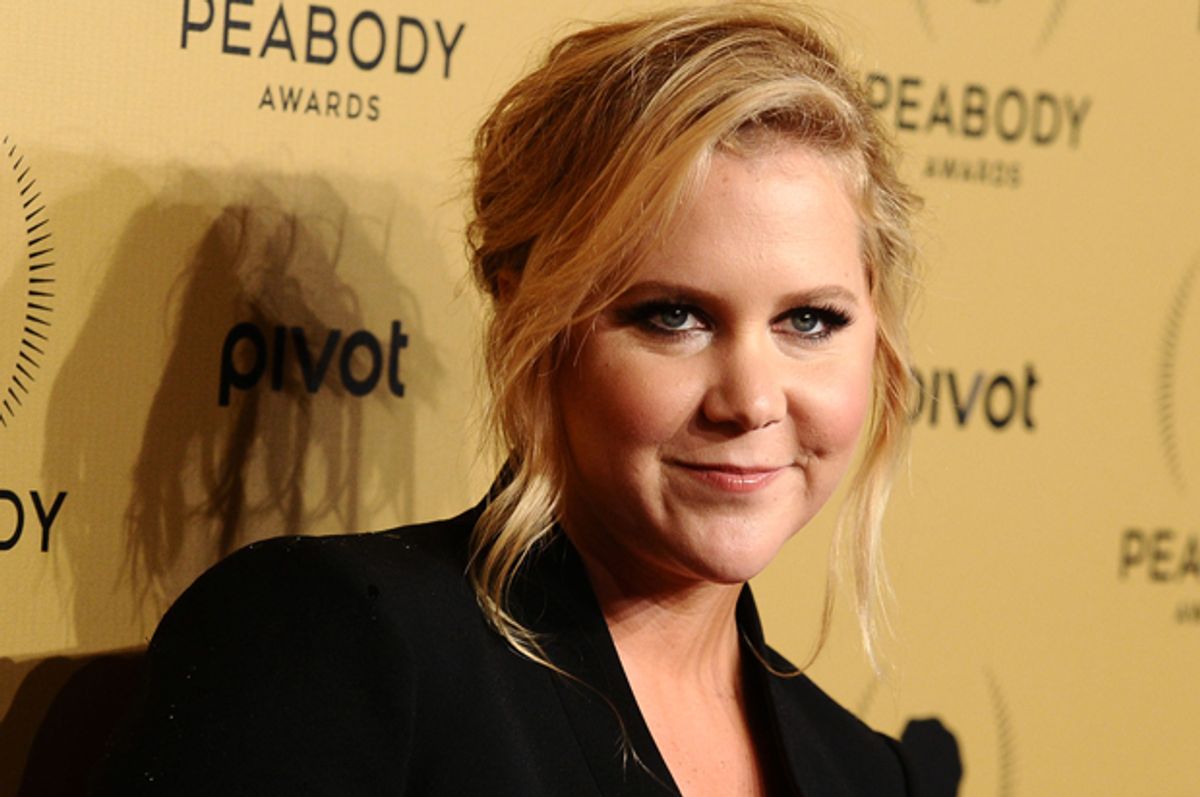 Speaking to the European press at Switzerland's Locarno Film Festival this weekend, The Hollywood Reporter reports "Trainwreck" writer and star Amy Schumer discussed the July 23 shooting during a showing of her film in a Lafayette, Louisiana movie theater that left two dead and nine wounded. She told reporters that she felt the need to get involved in calling for stricter gun control measures because the deadly incident "felt really personal to me."

Schumer joined her cousin, New York Senator Chuck Schumer, on August 3 to propose legislation that would make it more difficult for violent offenders and the mentally ill to purchase guns.

Sen. Schumer's bill would call for penalties for states that don't submit the necessary records to perform substantive background checks and reward those that comply. The law would also call on Congress to fund substance abuse and mental health services, as well as compile a report that compares the different state standards for involuntary mental health commitment.

When asked why the U.S. has not been able to manage its gun control issues, Schumer said, "I think it's money."