He can't beat Hillary -- or Bernie Sanders, for that matter. The vice president would be wise to sit this one out 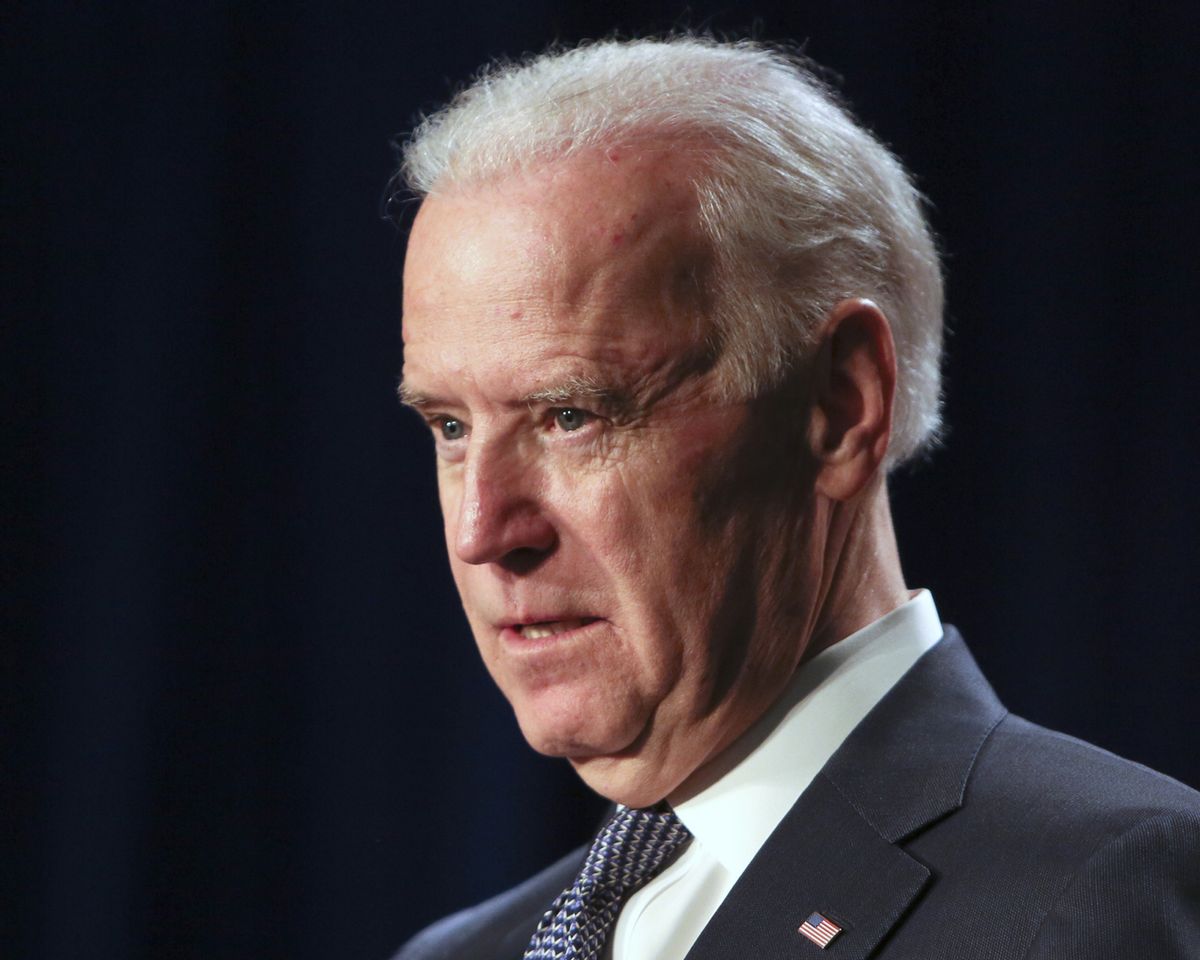 FILE - In this Jan. 30, 2015 photo, Vice President Joe Biden gestures while speaking to members of the House Democratic Caucus in Philadelphia. The vice president has said he will make a decision later in the spring or summer, but has taken few steps to build the foundation of a campaign structure. (AP Photo/ Joseph Kaczmarek) (AP)
--

This article is a response to the recent rumors that Vice President Joe Biden is going to make a run for the White House in 2016. I’m not going to speculate as to the man’s intentions (I have no way of knowing them), but rather discuss in a point-by-point fashion why a Biden presidential campaign would be a bad idea. Let’s start from the top:

1. He could never beat Hillary Clinton … or Bernie Sanders, for that matter.

I’m not exactly going out on a limb when I say that Biden could never beat Clinton. The polls have consistently shown the former First Lady with more than 50 percent of the Democratic primary vote, which gives her a statistically formidable advantage over any prospective opponents. Even worse for Biden, however, is the fact that he doesn’t have any natural base to fall back upon. Just look at the candidate who usually ranks second to Clinton in the polls, Bernie Sanders. While Sanders also doesn’t have much hope when it comes to competing against Clinton, he at least has a locked in group of supporters—young, idealistic left-wingers who are turned off by Clinton’s neoliberalism. Biden, on the other hand, has nothing but his extensive Senate experience and reputation as a comparative moderate from a blue-collar background. Neither of those variables will be particularly compelling in an election cycle that seems to focus more on narratives than resumes. Certainly Biden has the qualifications to be president, but does he have a story that can match Clinton (who will possibly be our first female president) or Sanders (who is admired for his straightforward adherence to liberal values)?

2. Nobody wants to see Biden humiliated.

Check out this quote from a recent New York Times article about the Clinton campaign’s reaction to the recent Biden rumors:

The scenario of a Clinton-Biden matchup brought mixed emotions inside Mrs. Clinton’s Brooklyn campaign headquarters. Many of Mrs. Clinton’s senior staff members previously worked for Mr. Biden and hold him in high regard. They have mourned for the Biden family after his son, Beau Biden, died in May at the age of 46 after a long battle with brain cancer.

At the same time, they make no bones about Clinton’s overwhelming advantage (see previous paragraph), and I doubt the Sanders campaign feels any differently. Although Biden has caught a lot of flak during his vice presidency, there is a general feeling of goodwill toward him within the Democratic Party. I say this not only as an observer, but as a Democrat myself; I’ve written several articles praising Biden over the past few years, and I stand by every one of them. If Biden runs for president, Democrats like me—i.e., individuals who respect him but don’t think he would be the strongest candidate in 2016—would be forced to oppose him. Should he conduct a civil campaign, the chances are we’ll forget about his candidacy shortly after it ends. On the other hand, if he fights fiercely and damages either Clinton or Sanders in the process, the current goodwill could be tainted.

3. Those of us who have supported Biden in the past didn’t anticipate the specific conditions of the 2016 election.

Let me return to one of those aforementioned articles that I penned about Biden. This is courtesy of a piece from PolicyMic more than two years ago:

Although pundits like to scoff at Biden’s tendency toward gaffes, his ostensible weakness could, in fact, be one of his greatest strengths. After all, Americans love a good comeback story; Harry Truman’s legendary upset victory over Thomas Dewey in the 1948 presidential election continues to be a favorite of students of political history. Like Biden, Truman made a number of trivial blunders, and was widely disregarded. However, by remaining true to himself and embracing his plain speaking style, Truman defied conventional wisdom—Dewey was favored by nearly all of the pundits of his time—and famously demonstrated that authenticity can triumph over shrewd packaging. While Biden’s likely 2016 opponents are considerably to the right of Dewey ideologically, there is little question that pols like Marco Rubio (R-Fla.), Ted Cruz (R-Texas), and Rand Paul (R-Ky.) could each give Dewey a run for his money in terms of sheer slickness. By following Truman’s example and remaining genuine, Biden would benefit from the contrast with any of them.

As you may have guessed, this was an op-ed that encouraged Biden to seek the presidency in 2016 (it also cited his extensive political experience and poignant personal story). Its major flaw was the notion that “slickness” is a bad thing in politics these days.

That assessment may have been overly optimistic. While I’m not defending all of Biden’s gaffes, the reality is that a political climate that focuses so extensively on the negatives in a politician’s personal style—their quirks, their minor errors, etc.—is one that, like it or not, values a certain element of slickness. Even so-called “straight shooters” from both parties deliberately hone their would-be candor so as to appeal to the largest possible audience within their own parties (see Donald Trump on the right).

That’s the bottom line: In this political culture, a politician like Biden is simply the wrong fit.