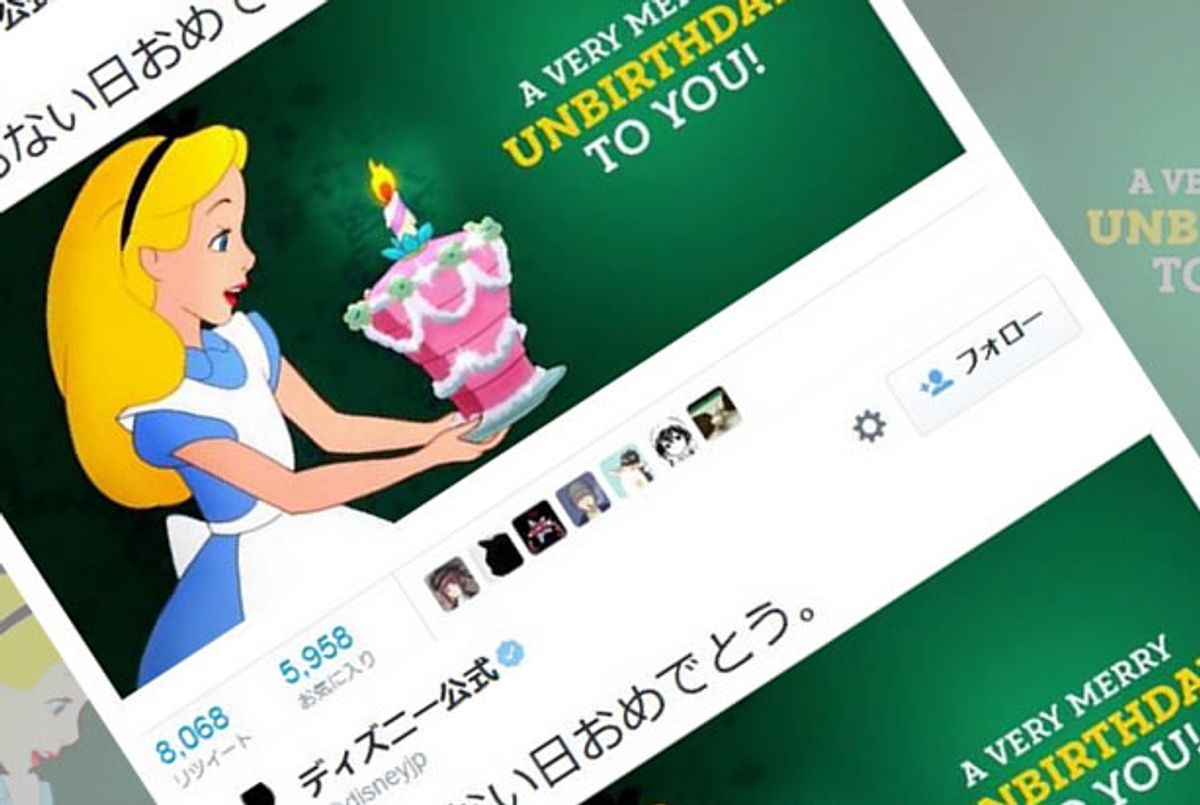 Disney Japan's official Twitter account posted a tweet yesterday -- which just so happened to be the 70th anniversary of the United States dropping an atomic bomb on Nagasaki -- wishing its followers "Congrats on a trifling day" accompanied by an image of Alice wishing "A very merry unbirthday to you!"

The concept of "unbirthdays," as popularized by the Disney film "Alice in Wonderland," is a simple excuse to celebrate nearly every day of the day except one's birthday, and as such this tweet could have been posted on literally any other day. Instead, Disney Japan decided to post it on one of the least "trifling" days on the Japanese calendar.

The company quickly deleted the tweet and apologized, but even the apology was problematic, indicating that it was sorry for "using an inappropriate expression that could annoy people." Annoyance was not the sentiment expressed by those who called out the company on social media, many of whom noted that the Disney Japan twitter feed typically consists of bland public relations announcements.

The fact that, as Kotaku's Brian Ashcraft noted, this tweet fell outside the account's typical purview "makes these questionable tweets stand out even more," as it seems odd that the company would break from protocol on this of all days, and publish a tweet that could be so easily misinterpreted that it almost seems to have been designed to do exactly that.