Donald Trump's epic flameout proves one thing for certain: Fox News is at the height of its powers — and Megyn Kelly is why

Even if you (rightly!) disagree with her politics, its impossible to deny Kelly's influence and skill 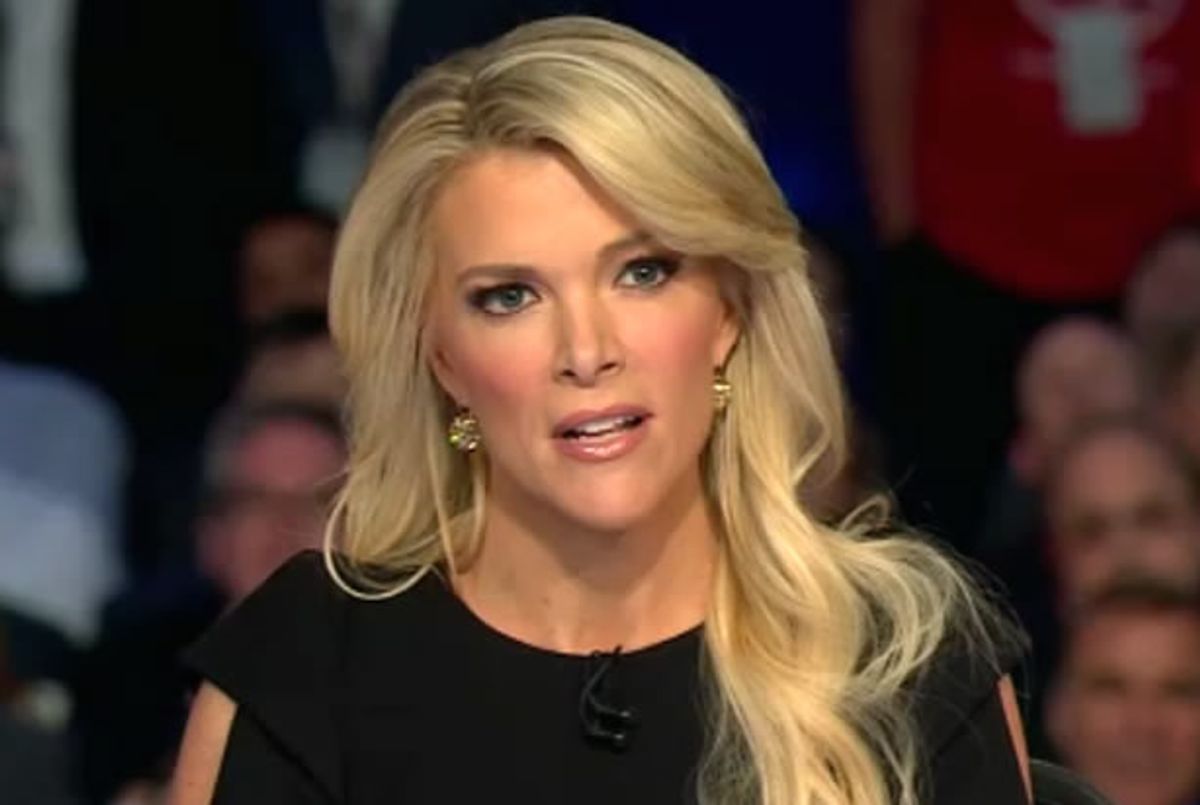 Raise your hand if you thought you'd ever read an opening sentence like this one in the lead story on the front page of the New York Times:

"Donald J. Trump’s suggestion that a Fox News journalist had questioned him forcefully at the Republican presidential debate because she was menstruating cost him a speaking slot Saturday night at an influential gathering of conservatives in Atlanta."

If you raised your hand, put it down, you liar! Before Sunday, it would have seemed fanciful at best to imagine that even this Republican presidential campaign would sink to such baffling lows. We should all probably be ashamed to have made such assumptions; after all, if American politics has taught us anything through the years, it's that there's no level of stupidity to which it cannot enthusiastically plunge.

So let's dive into this new, dank valley together, shall we? Much of the past few days has been spent discussing what exactly Donald Trump was saying when he commented that Megyn Kelly had "blood coming out of her wherever" during the aforementioned debate. (He insists that he was focused on her nose, though basically everyone else thinks he had his mind cast farther south.) The whole episode has been just as weird as it sounds, but I don't want to focus on Trump's outrages. Nor do I want to linger on the laughable sight of Erick Erickson and the GOP all doing their best Claude Rains impressions and proclaiming their shock and horror about Trump's sexism.

I also don't want to predict whether or not this will finally be The Thing That Ends Trump Once And For All. He is, after all, proving to be the Rasputin of the GOP, striding forth unharmed after injuries that would have killed others straight away. It's not clear yet what will be the fatal blow, so we might as well not try and speculate.

No, what really struck me was that this is yet another victory for Megyn Kelly and Fox News. Hate them by all means, but their brilliance is undeniable.

Think about what's happened here: Donald Trump has allowed Fox News to take the high road. While every other network has been running wild with the Kelly story, New York's Gabriel Sherman (who would know) reports that Fox News executives have all but barred mention of it on the air. Surely some of this is so Kelly can tackle the issue first on her own show on Monday, but it's also allowed Fox to act like the victim who won't dignify a bully's hectoring with a response. Fox! The biggest bully in town! Roger Ailes must be walking on air.

It also provides Fox News with a clear excuse to hasten the disassociation from Trump that it has clearly been setting in motion. The network went into the debate hoping to knock Trump off his pedestal. The moderators prepared so many attacks against Trump that they'd planned out cheesy, pre-scripted lines to use in case he got out of control. Fox News obviously wanted Trump to stumble in some way, but he did even better by picking such a direct fight. All the network has to do now is say that it doesn't want to be in business with someone like that. Done and done.

Trump's biggest mistake wasn't going after Fox News, though. It was going after Megyn Kelly. You can't help but marvel at her seemingly infinite string of victories over her foes. Kelly does not lose -- ever. She is possibly the most formidable broadcaster in the business right now. Everything about the way she handled the debate -- and I mean this in a purely showbiz sense, because why pretend like this was a substantive discussion? -- was just about perfect, from the questions to the tone.

You may loathe Kelly's politics or the channel she works for (and quite rightly too!) but you have to acknowledge that, when it comes to the mechanics of TV news, she is flawless. It's that flawlessness that has won her the following she has, that made her the exact right person to attack Trump most harshly during the debate, and that made it so very stupid for Trump to rage at her like he did. Whatever happens now, Kelly has continued her inexorable rise to the top of the industry.