Like many of the 24 million people who tuned into the GOP debates Thursday, Oliver was horrified 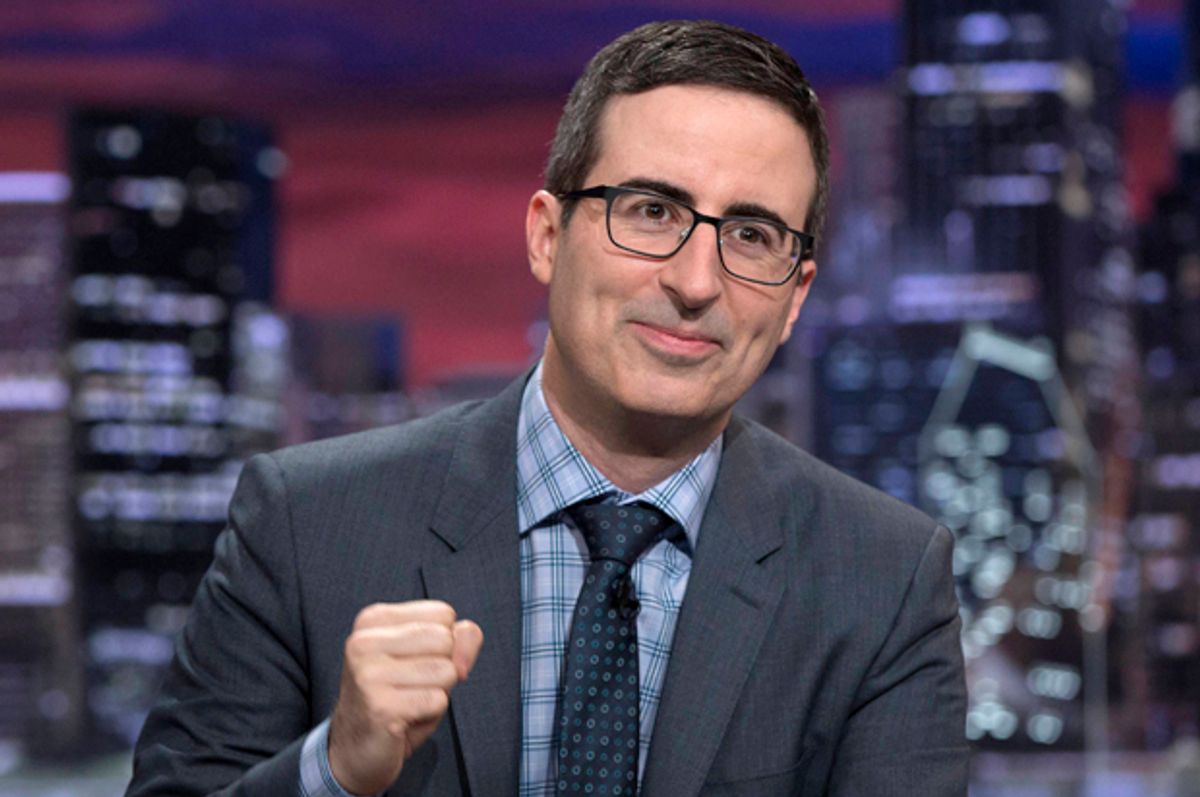 Like many of the 24 million people who tuned into the GOP debates Thursday, John Oliver was pretty horrified by what he saw. More horrifying though, Oliver said on Sunday's "Last Week Tonight," was the media coverage that followed it.

Oliver, who went on to declare the debates “the worst season ever of Dancing with the Stars," explained that he was disappointed by the headlines flooding in over the weekend which seemed to focus primarily on the Donald Trump vs. Megyn Kelly "showdown."

Addressing the GOP frontrunner's tasteless "menstruation" comment about Kelly ("She starts asking me all sorts of ridiculous questions and, you know, you could see there was blood coming out of her eyes. Blood coming out of her, wherever”), Oliver quipped that Trump must be a "talented lover."

“Now, if you want to hear more on the Trump/Kelly showdown, you can basically tune in to any news network because it is all they’re fucking talking about. But we are going to move on, and I’ll tell you why: This whole debacle was meaningless. The 2016 election will not depend on this because it’s 457 days away. There will be actual babies born on Election Day 2016 whose parents haven’t even met yet. So everyone pace yourselves.”

Oliver admitted he wasn't at all surprised by The Trump Show or its aftermath, either, going on to say that the debate "couldn’t have been more of a setup for Trump than if the prompt had been, ‘Raise your hand if your daddy left you millions of dollars instead of hugging you.’"

"The entire debate was basically a two-hour circus sideshow with an old piece of luggage covered in Cheez Whiz as its center," he said. "And the whole thing will be quickly forgotten. In fact, the main headlines the next day were nothing to do with the battle between the candidates onstage but between Donald Trump and moderator Megyn Kelly, which culminated in this.”