"True Detectives" drink: A comprehensive list of all the booze consumed on season 2

Updated: People drink a lot on this show, in case you hadn't noticed 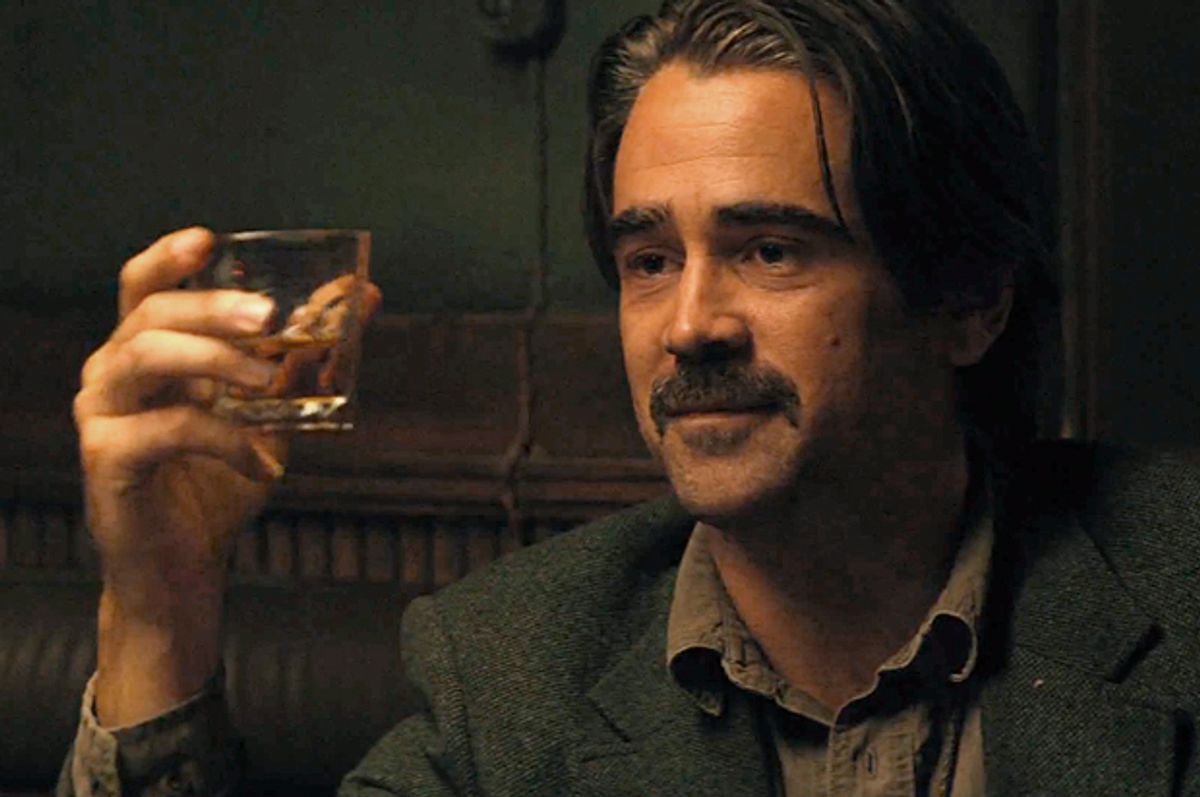 The second season of “True Detective” looks very different from season one. Rust Cohle's philosophizing has been usurped by Colin Ferrell's prominent mustache, while sprawling tracking shots of the Louisiana bayou have been replaced by sprawling tracking shots of California highways. But one thing season two does share with the first season is a whole lot of boozing. In fact, aside from all that (true!) detective work, all anyone on this show seems to do is drink — and in the twisted world Nic Pizzolatto has envisioned for his protagonists (you know, "the world they deserve") -- we bet they’re going to need every ounce of liquid courage they can get.

Here’s a list of every time one of the central characters (or characters we think could become central) takes a drink. We'll update it each week. Stay tuned — it’s sort of like a fun drinking game, only the characters get drunk, not you!

Episode 1, "The Western Book of the Dead"

Frank Semyon and his wife drink a glass of champagne at a fancy function. Meanwhile, the mayor double-fists champagne. [4]

At the same function, Frank has another glass of champagne. [1]

Ray Velcoro, preparing to beat up a reporter, swigs from a mickey of bourbon in his car. [1]

Ray then orders a beer, to shake things up. [1]

Ani Bezzerides, having her own sad time at a different bar, finishes a beer, and orders another. [1]

Ani finishes a second beer as she exits the bar. [1]

Ray seemingly does two bumps of a mystery substance (or else he has a sniffly nose). [2]

Mayor Austin finishes a glass of something from a metal glass, pours another a glass of clear liquid from a decanter in his office [2]

Ray’s partner swigs out of a thermos [1]

Mayor Austin drinks something — with ice! — out of his jazzy metal tumbler [1]

Paul swills from a bottle of corona [1]

Ray drinks a Modelo at the bar (possibly his last drink ever!?!) [1]

Ray decides to get sober and drinks WATER [0]

Ray takes after his father, who drinks a glass of Jameson [1]

An anxious and angry Frank drinks something expensive [1]

Ray and Ani are back at his place drinking...coffee? tea? [0]

Paul's past catches up with him at the club [5]

Episode 4, "Down Will Come"

Frank and Ray are at their usual spot, but this time Frank's the one going hard on the hard stuff [2]

A "soberish" Ray is reunited with his Modelo [2]

Ray, cleanly shaven and still looking like he has everything together, drinks from his trusty Modelo [2]

After keeping it together for a few episodes, Ray ends up drinking 3/4 of a bottle of whiskey [5]

In between glasses of the liquor and lines of coke, Ray also takes some swigs from a beer bottle [2]

Getting your fortune back isn't easy, but Frank gets help with some mysterious liquid [1]

Things seem to be looking up for Frank, so he takes another drink [1]

Just as things were looking good, they're looking bad again for a shot-taking Frank [2]

Ani's about to run for it, but not before taking a large shot of something clear [1]

Total drinks this season so far = 60

That's all for now, kids. See you next week, and -- unlike our pal Mr. Semyon -- don't let yourself get too liquid!