Democratic presidential candidate Lawrence Lessig vows to do one thing in office, then immediately resign

Once the Citizen Equality Act is passed, Lessig will hand the reins to his vice president 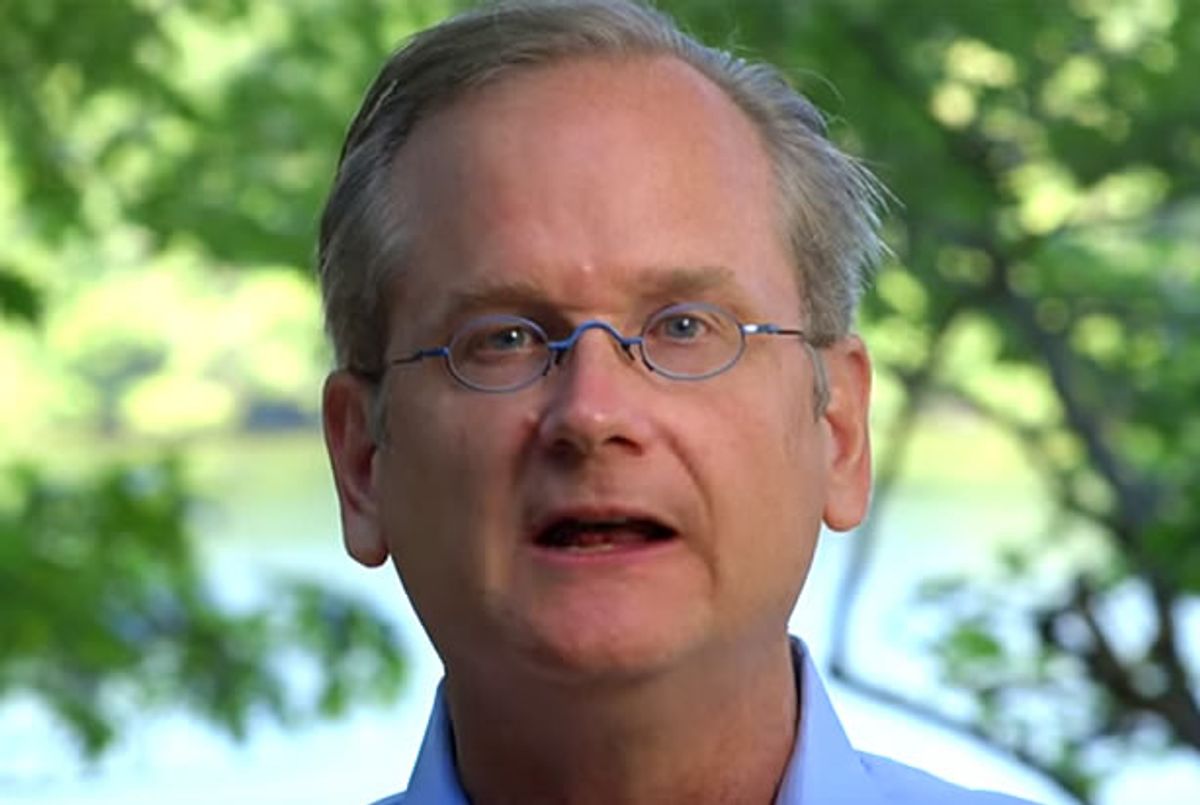 Democratic presidential candidate Lawrence Lessig told The Huffington Post's Sam Stein that if elected, after he successfully pushed the Citizen Equality Act through Congress, he would promptly resign.

The tripartite act would overhaul the campaign finance system, bring an end to partisan gerrymandering of congressional districts, and make voting more accessible by declaring Election Day a national holiday.

The Harvard law professor is aware that his campaign sounds like a gimmick, but Lessig insisted that it's nothing of the sort. "This is not a 'Rent Is Too Damn High' campaign," he told Stein. "This is a campaign about how we need to intervene to make democracy possible again. Raising the salience of that issue is enormously important. I think there is more of a chance that we do more than just raise the salience."

"It is a shot worth taking regardless of the criticism that will come," he added.

Lessig's approach is tactical, as he endeavors to raise $1 million via small donations by Labor Day, then build a campaign structure and figure out how to share a stage with fellow Democratic hopefuls Hillary Clinton, Bernie Sanders, Jim Webb, Martin O'Malley and Lincoln Chaffee. Once there, he hopes to be able to convince Democratic primary voters that it's in everyone's best interest if they, "as Elizabeth Warren puts it...unrig the system."

He confessed that his campaign is the very definition of a long shot, but noted that there's a chance that even a failing campaign will call attention to an issue that people will, in fact, rally around. "What you’ve got to do is intervene in a way that gets them away from the resignation that nothing is possible," he said.