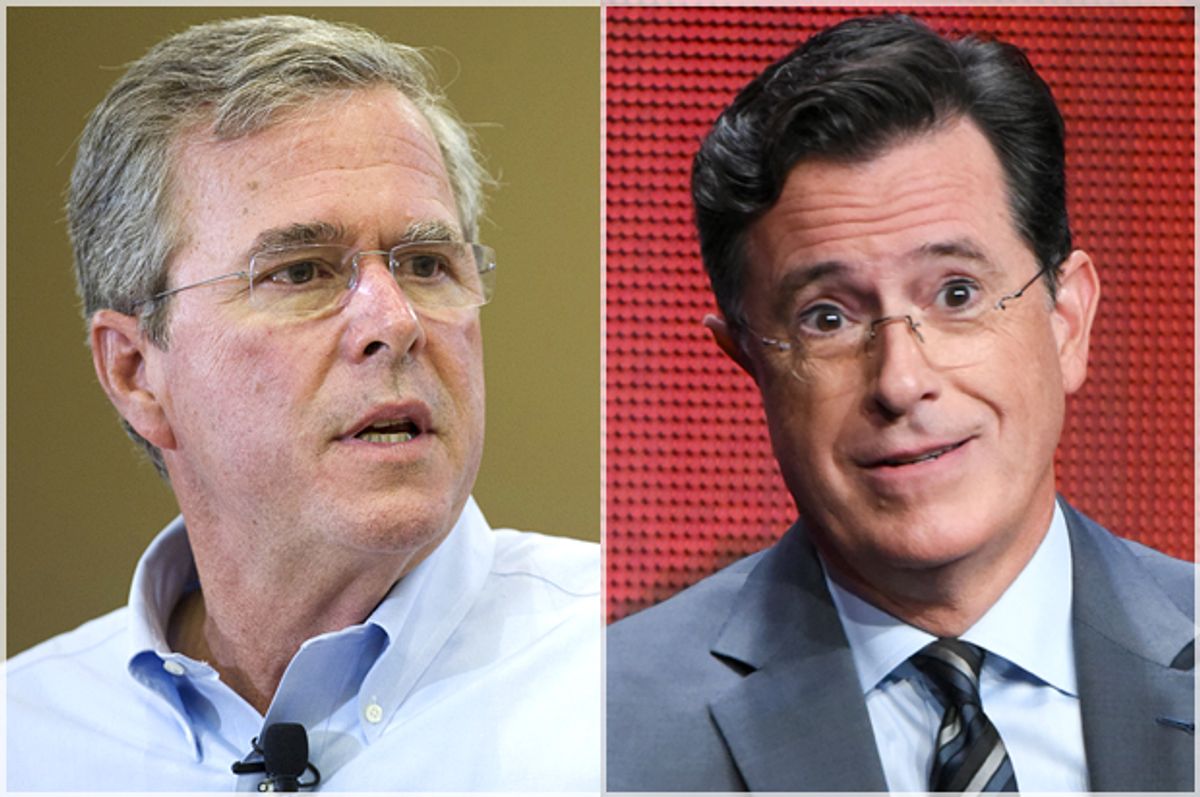 Colbert announced that Bush would be joining him Tuesday morning in a tweet, mocking the clownishly large pool of GOP candidates. "My first GOP candidate! Luckily I do 200 shows a year, so I think I can fit them all," he quipped.

In case you've last track of what Colbert has been up to these days: Mostly eating lunch alone, reducing Jon Stewart to tears and planning for the apocalypse.