Affordable childcare, equal pay for equal work, paid leave -- it's time to pull workplace policies out of the past 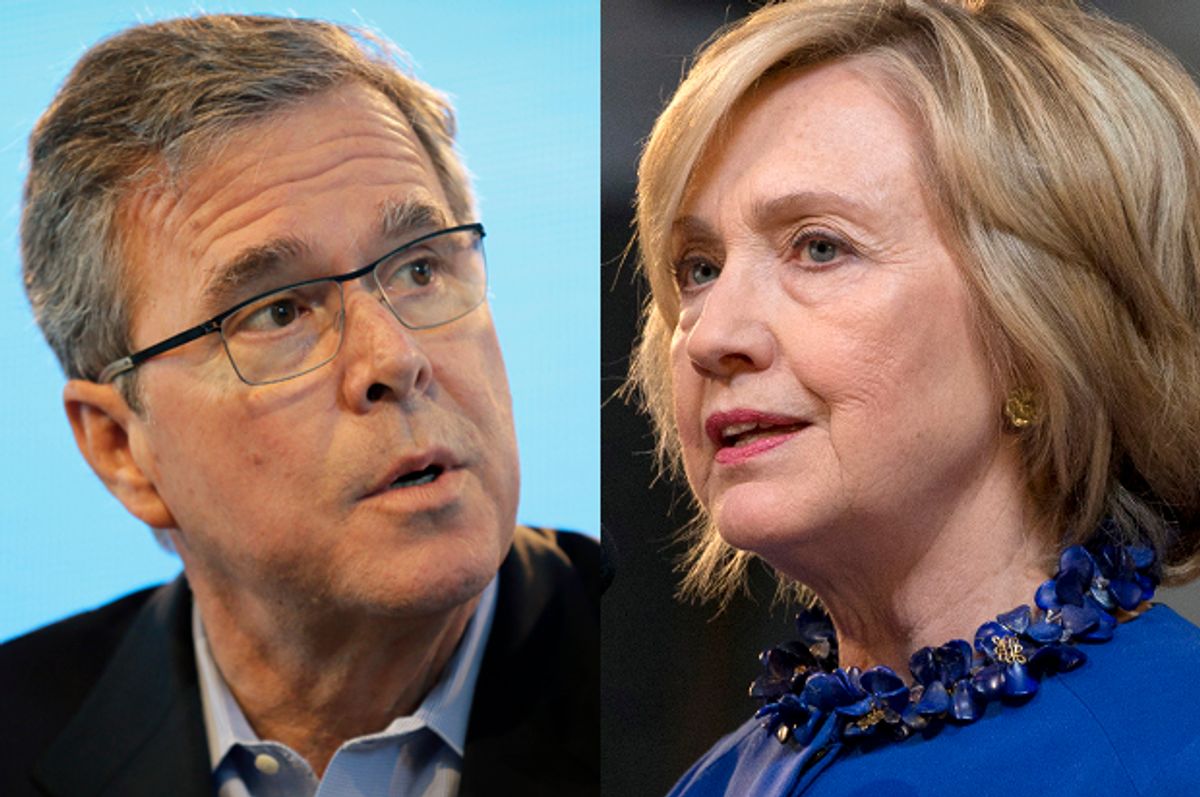 With the 2016 presidential field only beginning to take shape, it might seem too early to guess who will come out on top. But with issues of minimum wage, paid sick days and paid family leave already dominating the national discourse, it's safe to say that the next president will be the candidate who addresses America’s out-of-date workplace policies head on. American voters want someone who will pull our workplaces out of the past and make them reflect the realities of today’s workforce.

It’s hard to believe that women still make just 78 cents on average for every dollar that white men make. This wage gap, one of the most persistent holdovers from a bygone era, robs the average woman ­and her family ­ of $11,000 in net income each year. It’s even worse for African-American and Latina women, who earn 64 cents and 54 cents, respectively, for every dollar white men make.

Without solutions and the leadership needed to address this problem, we’re not just lagging behind ­we’re staying behind. At this rate, women in the United States won't see equal pay until 2058. We’re projected to have flying cars and humans on Mars first. No joke.

The challenge with closing the wage gap is that it's hard to do when wages are kept secret.  Sometimes sunlight is the best disinfectant. Any candidate who is serious about doing more than just paying lip service to closing the pay gap should consider policies that make pay information more transparent so women know if they’re being paid less. After all, without access to information, how are women to know if they’re making a fair wage?

To be clear, pay transparency does not have to mean disclosing individual salaries; rather employers could make wage information publicly available by job category. Increased pay transparency would complement the important protections of the Paycheck Fairness Act, which is currently before Congress.

For all the bad holdovers from the past lingering in today’s workplace, there is a tried and true solution that is ironically not widely available despite its success: affordable childcare for all working families.

Long gone are the days when men brought home the bacon and women fried it up. Most people now work inside and outside the home, and two-thirds of women are breadwinners for their families. Yet, for many families, childcare costs more than housing and even in-state college tuition. More and more women are opting out of the workplace to care for their children in the face of this incredible financial burden, because in the short term it makes more economic sense. It’s a lose-lose situation for families and the economy to force women ­ or men ­ out of the workforce by putting the impossible choice before them of sacrificing family for work, or work for family. It’s time for the country of family values to start valuing families.

Our country’s next president would do well to make high-quality, flexible care more affordable and accessible for all families. Working families should be guaranteed childcare subsidies that keep the cost of childcare to 10 percent or less of a family’s pay. Public preschool should be available for all 3- and 4-year olds. And people who take time out of the workforce to care for their family members should receive Social Security credits. After all, anyone who's been a full-time caregiver knows just how hard the work is, and how critical it is to the well-being of families and communities.

In the postmortem analysis of the 2014 election, the predominant question was why Democrats took such a thumping when issues typically associated with the left -- minimum wage and paid sick days -- won resoundingly at the ballot, and in conservative strongholds at that. Voters in Alaska, Arkansas, Nebraska, South Dakota and Illinois approved an increase in their states’ minimum wage; and more than 1 million workers were guaranteed paid sick days with the passage of state and local referenda. Candidates would be wise to pay attention to the pocketbook issues that are the source of voters’ daily stresses and struggles. Ultimately, strong leadership on those issues is what’s going to motivate voters to the polls.

Earlier this year we conducted polling of likely voters to assess support for affordable childcare, equal pay for equal work, and paid leave. One thing was clear: Whether man or woman, Republican, Democrat or Independent, voters are hungering for workplace policies that reflect the realities of today’s workforce: 75 percent of voters want quality, affordable childcare options available nationally; 93 percent want women and men to receive equal pay for equal work; 88 percent want to ensure all workers can earn paid sick days; and 72 percent think our workplace laws are out of date with the changing roles of men and women.

Our next president has the power -- and the mandate -- to pull America’s workplace policies out of the past. People who work hard deserve more than a decent living; they deserve a decent life. And it’s up to our next president to make sure that's a real possibility for working women, men, and families.

Vivien Labaton is a co-founder and co-director of Make It Work, a campaign to advance economic security for working women, men and families.