Dial down the breastfeeding judgment: Nursing someone else's toddler is not "just wrong" 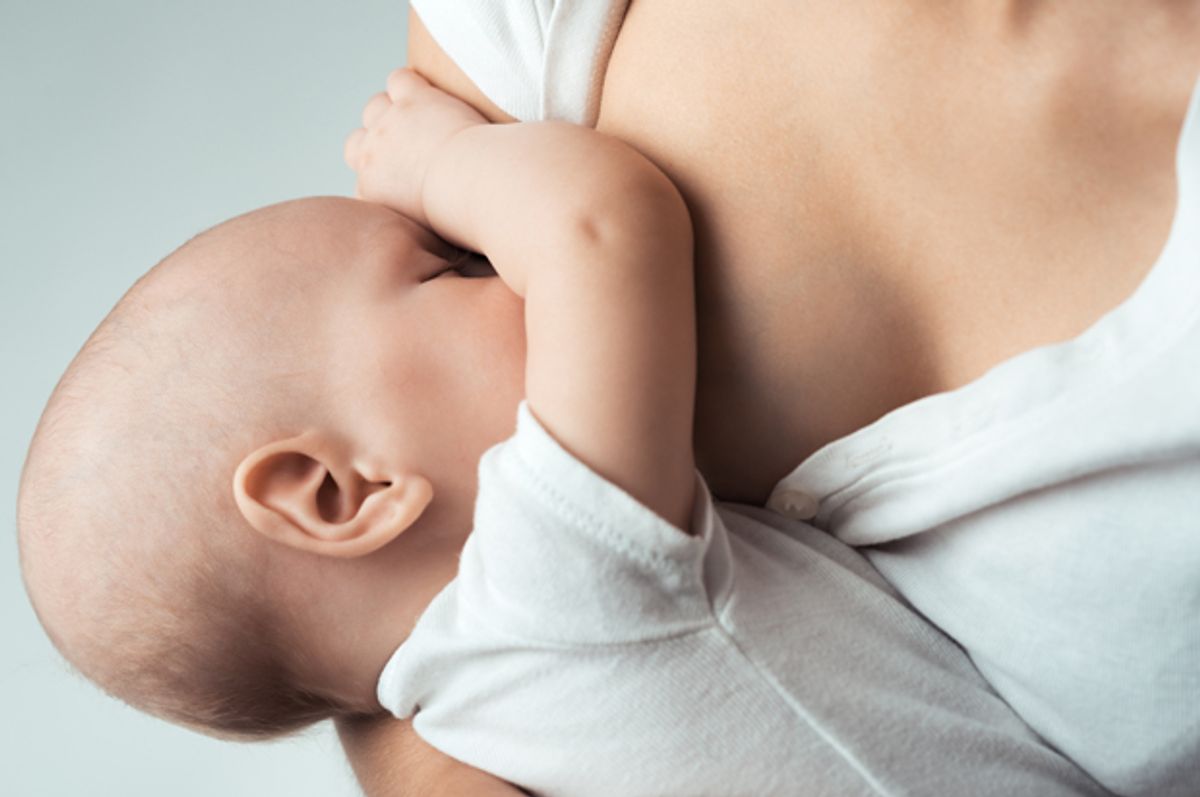 Our simultaneously prudish and T&A-obsessed culture has a hard enough time accepting the idea of women using their breasts to feed their own children. Using them to feed somebody else's? Time for an even bigger dose of Internet outrage!

It started last week, when the Mama Bean Facebook page posted a photo of Jessica Anne Colletti celebrating World Breastfeeding Week nursing two contended looking toddlers. The photo caption read, "My son on the right is 16 months and my friend's son is 18 months. I watch her son while she works and have been feeding them both for a year! So much love between these milk siblings, it's a special bond between us all." The reactions were…. varied, to say the least.

Mama Bean's Louise notes that "The majority (of my audience at least) see this practice of wet-nursing for exactly what it is: a wonderful alternative to direct breastfeeding." But of course, the reviews weren't all stellar, and commenters came up with plenty of different reasons to object. There was the gentleman who stopped by to opine, "You are super nasty. Those two TODDLERS are too old to be breastfeeding." There was the woman who mused, "I wonder how all these baby/toddlers are going to feel when they grow up looking at themselves knowing pic's of them were "online" of them being breastfed... Geesh, Ain't nothing private anymore?" And there were multiple variations on the biggest complaint, the simple edict, "Don't breastfeed someone else's child. That's just wrong."

But is it really "wrong"? The practice of nursing other women's children is mentioned in the Bible and throughout the ancient world. A 2007 study from the International Journal of Biomedical Science notes that wet nursing "occurred in all civilizations in which the death of the mothers in childbed or during lactation was relatively common, but this was not the only reason why it was employed," and notes that "Islamic law defines three types of kinship: relationship by blood, marriage and milk."

Wet nursing is still done in several parts of the world, and here in the U.S., a growing number of milk banks cater to parents who can't or don't breastfeed — like the gay adoptive couple featured in 2013 New York Times story on the milk business. It it, the Times noted, "There is a huge demand for milk — in 2012 the banks dispensed 2.5 million ounces of milk, up from 2.1 million ounces in 2011." And a 2014 New Republic feature by Alice Robb mused that wet nursing could be a boost to the lean in generation: "Sharing nursing responsibilities — whether by hiring a paid wet nurse or by figuring out an informal arrangement with friends (a practice more often called 'cross-nursing') — seems like a reasonable solution. It could relieve the burden on working mothers without compromising their babies' feeding." And the World Health Organization explicitly mentions wet nursing in its infant feeding guidelines.

But squeamishness around the topic persists. Six years ago, Salma Hayek caused an uproar when, during a humanitarian visit to the Sierra Leone, she nursed the baby of a woman unable to breastfeed. The FDA, meanwhile, recommends against "feeding your baby breast milk acquired directly from individuals or through the Internet" because of "possible health and safety risks for the baby," and advises families to "only use milk from a source that has screened its milk donors and taken other precautions to ensure the safety of its milk." And a "Good Morning America" viewer poll this week came down resolutely against the practice, with 70 percent of respondents giving a thumbs down.

When you put yourself out there with your parenting practices, you're subjecting yourself to the judgment of well, everybody. Colletti likely knew that risk when she shared the photo. But by putting it out there, she issued a reminder about a practice that's a vital part of how families have worked together to feed their babies for thousands of years. And as Mama Bean's Louise observes, "For a society that has no issues drinking the milk of another species in their mocha cappuccinos, perhaps it's time to change our general stance towards human babies drinking human milk."