The worst Best Picture decade: How "Crash" capped off the strange crossover years when the Academy lost its collective mind 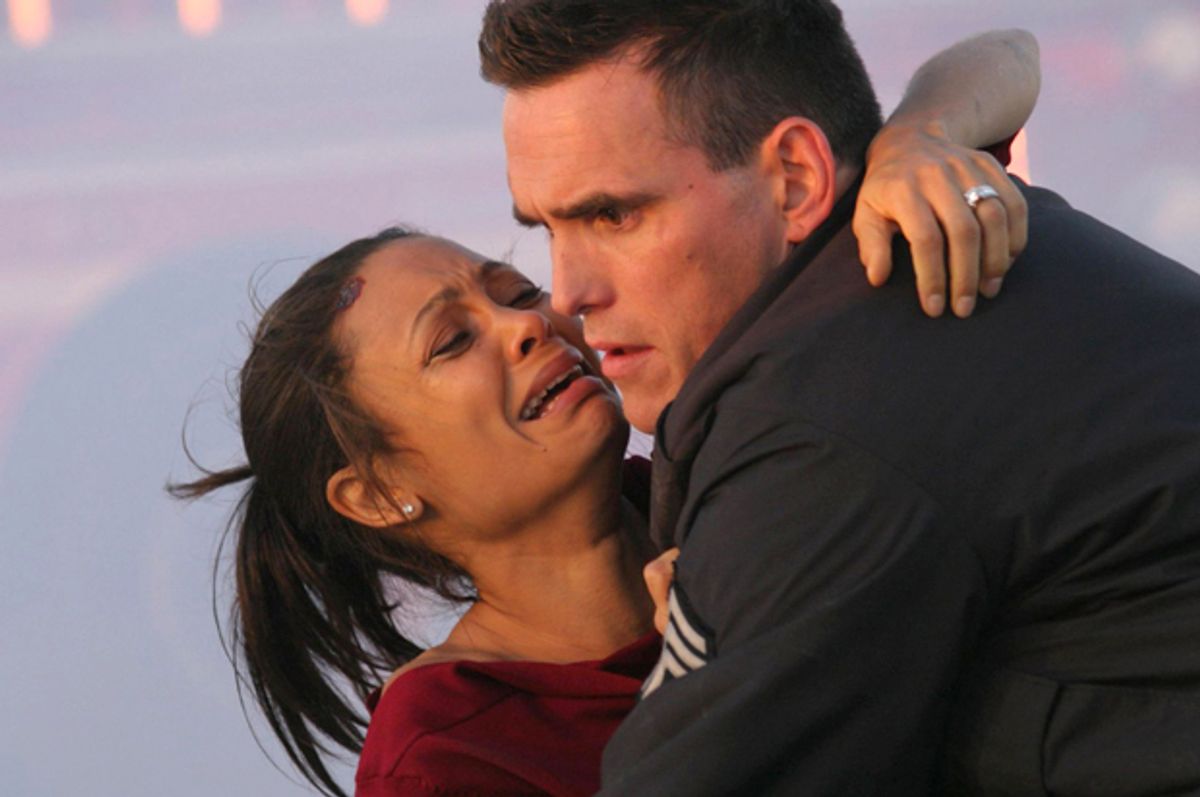 Filmmakers are so relentless at promoting their work that the recent statement by Paul Haggis that his 2004 film "Crash" didn’t deserve the Oscar for best picture is sort of refreshing:

“Was it the best film of the year? I don’t think so,” he said. “There were great films that year. Good Night, and Good Luck – amazing film. Capote – terrific film. Ang Lee’s Brokeback Mountain, great film. And Spielberg’s Munich. I mean please, what a year.

“Crash, for some reason, affected people, it touched people. And you can’t judge these films like that. I’m very glad to have those Oscars. They’re lovely things. But you shouldn’t ask me what the best film of the year was because I wouldn’t be voting for Crash, only because I saw the artistry that was in the other films."

But the reason his comments – which in another context could be taken as gentlemanly self-deprecation – have gone viral has to do with the film itself: A lot of people hated “Crash” at the time, and thinking back, it hasn’t grown on them. The Haggis movie, which won Best Picture in 2005, explored the way racial tensions in Los Angeles played out around a car crash, managing to both trade in ethnic stereotypes and try to undercut them at the same time. But its faults were not so much political as dramatic.

Looking back at fairly recent American cinematic history, it’s hard to miss realizing something: For a while, the Academy really lost its collective mind. The Oscars have never had a perfect batting average, but go back 20 years to the 1995 Oscars and work your way up through 2005 – the era in which the independent film movement crossed over into the mainstream – and time and again, the Academy it failed to acknowledge the best films and tended to fall for faux-profound piety. (Okay, it's not the only time it's done that.)

The body that rewarded “All About Eve,” the first two “Godfather” movies, “Annie Hall,” and other great films fell for stuff like this: This film made a mint, but it’s hard to take Tom Hanks seriously as the slow-witted title character, and his constant showing up around the edges of important historical events – the Vietnam War, the Watergate break-in, John Lennon’s appearance on Dick Cavett – make “Zelig” seem like a work of realism. Owen Gleiberman of Entertainment Weekly wrote that the film "reduces the tumult of the last few decades to a virtual-reality theme park: a baby-boomer version of Disney's America." The New York Times’ Janet Maslin judged Forrest "self-congratulatory in his blissful ignorance, warmly embraced as the embodiment of absolutely nothing.”

And it beat “Pulp Fiction.” Okay, there’s a lot of great stuff in here, especially ambitious special effects, and people loved it at the time. But the weak script, enormous amount of hype, and Celine Dion’s overwrought singing really make me wish “L.A. Confidential” had won that year.

Late, great director Robert Altman, by the way, called James Cameron’s film. "the most dreadful piece of work I've ever seen in my entire life." (That may be too strong, but still.)

Did I mention how great “L.A. Confidential” was? I'm all in favor of spreading love of the Bard to the kind of broad audience that movies can reach, and this had the great playwright Tom Stoppard as one of the screenwriters. But somehow, despite all its accolades, it failed to be a great movie. What happened? Mostly, Joseph Fiennes failed to summon Shakespeare’s soul. We know far less about the great playwright than we’d like to, but I expect that whoever he was, he’d project more depth than this.

This was the year, by the way, of “Saving Private Ryan” and “The Thin Red Line.” The amount of talent assembled in this film – Kevin Spacey, Thora Birch, Annette Bening, Sam Mendes, Alan Ball – is kind of amazing. And the praise by movie critics made the film seem like a deep mediation on suburban conformity and alienation.

But after a while, it started to see as insubstantial as that plastic bag that blew endlessly in the wind. Director Sam Mendes later admitted some sympathy about for backlash that developed around it: "I thought some of it was entirely justified—it was a little overpraised at the time."

“The Insider” and “The Sixth Sense” were far more substantial.

There are some lovely shots of campus here, and a good performance by Russell Crowe. But for a film based on a real person – mathematician John Nash – this one took so many liberties in its road to telling the story of his Nobel Prize. (He never gave an acceptance speech, for instance.) It’s not east to portray genius, or mental illness, but a filmmaker should try to do it without distorting the life of your subject (and the people around him) quite so violently. I know that feature films are not strict biographies, but this one just went too far. I also can't get Barbara Bush's comment about her "beautiful mind" out of my head.

“In the Bedroom” or the first Lord of the Rings film, “The Fellowship of the Ring,” should have won.

The good news is that the Academy mostly made better calls afterward – the award for “Crash” now seems in retrospect like the end of a strange period. Let's hope we don't see another one like it any time soon.