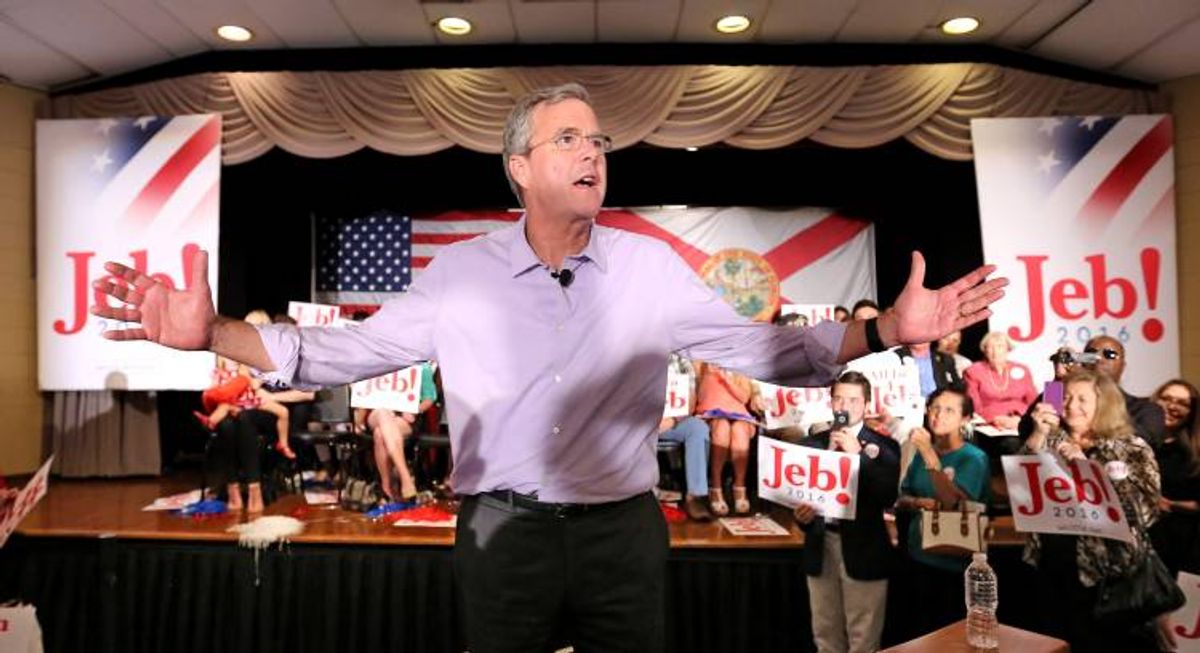 Bush was interrupted early during his town hall by a white young man who yelled out “Black Lives Matter” before being escorted out by security, but Bush was unable to finish his campaign stop after a questioner with a prepared statement asked him about racial injustice in the prison and education systems.

“Look, we have serious problems,” Bush began. “And these problems have gotten worse in the last few years. Communities can no longer trust the basic institutions in our society.” Bush eventually conceded that there “is racism in America,” adding that the denial of its existence is a large part of the problem, but insisted that “significant progress” had been made. Bush argued that the solution is education, saying, "With all due respect, a child who is educated, who can go to college and live a life of purpose and meaning — it’s important.”

But when activists pushed back, asking Bush how he personally related to racism, Bush tried to make a hurried exit. As he shook hands on his way out, Bush was dogged by protestors chanting “Black Lives Matter” with their arms raised. The Times' Seema Mehta described the scene:

“I have a record of empowering people in communities that” were told “they had no chance,” Bush said, ending the town hall. He did not deliver a closing statement, as he typically does, and quickly made his way to an exit, greeting supporters along the way.

According to the Bush campaign, the candidate met with some Black Lives Matter activists earlier in the day to discuss criminal justice reform but campaign aides did not confirm if the activists who interrupted Bush were the same activists he had met with.

Last month, Bush mocked Black Lives Matters protestors who had interrupted Democratic presidential candidates Sen. Bernie Sanders and former Maryland governor Martin O'Malley during the progressive Netroots Nation, dismissing the movement as nothing more than a political slogan. Bush criticized O'Malley for his follow-up apology: "We're so uptight and so politically correct now that we apologize for saying lives matter?"

Life is precious. It's a gift from God. I frankly think that it's one of the most important values that we have. I know in the political context it's a slogan, I guess. Should he have apologized? No. If he believes that white lives matter, which I hope he does, then he shouldn't have apologized to a group that seemed to disagree with it.