Jeb's Iraq mess just got worse: Now he says war "turned out to be a pretty good deal" 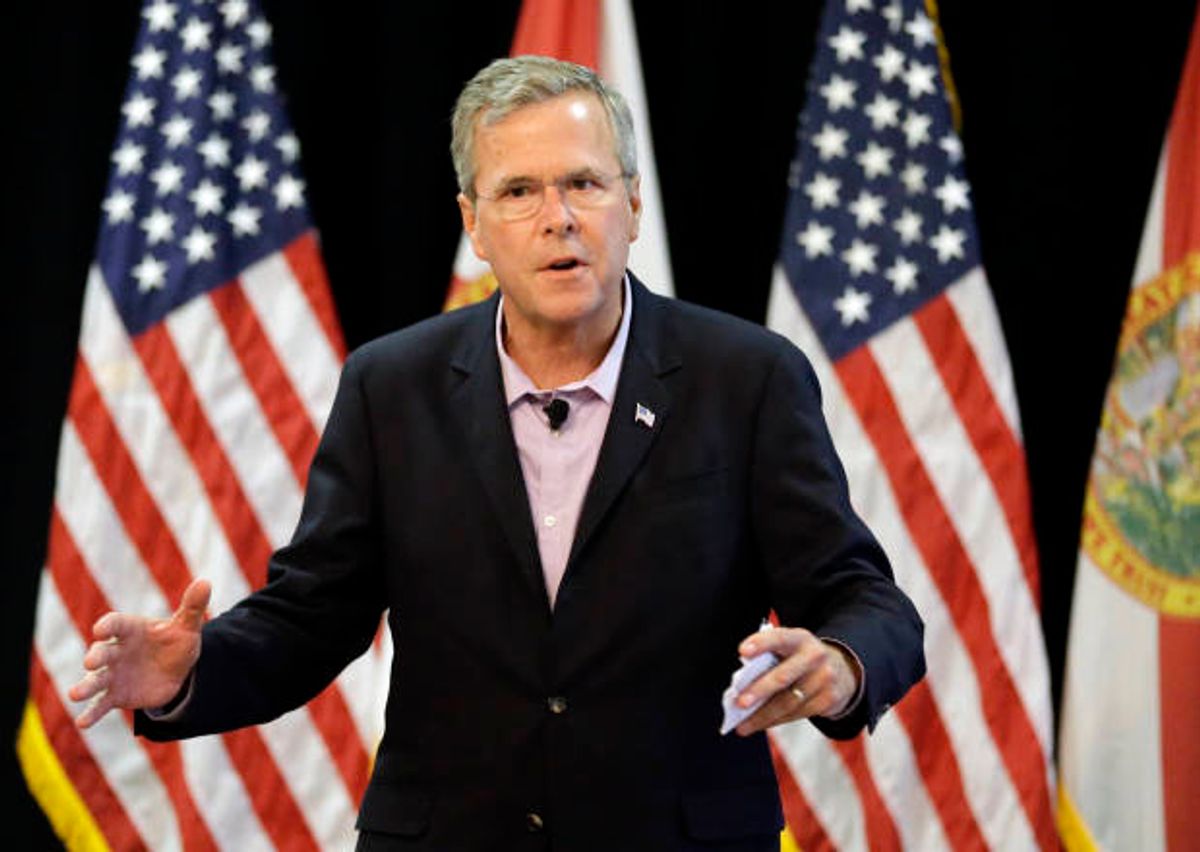 Republican presidential candidate Jeb Bush, who repeatedly waffled this spring when asked whether he'd have launched the war in Iraq -- ultimately stating that, in hindsight, he would not have invaded -- is back to defending his brother's war, declaring at a national security forum today that the war, which claimed nearly 4,500 American and an estimated half million Iraqi lives, "turned out to be a pretty good deal."

In remarks flagged by The Daily Beast, Bush told the Politico-sponsored forum, "taking out Saddam Hussein turned out to be a pretty good deal." The former Florida governor, who vigorously backed the 2003 invasion, refused to partake in "back to the future" speculation about how events in the region would have played out had George W. Bush not launched the war.

Relying on well-worn myths about the success of his brother's 2007 troop "surge," Bush insisted in a foreign policy address at the Ronald Reagan Presidential Library this week that the Iraq War had been won by the time President Obama took office in 2009, but that Obama and Secretary of State Hillary Clinton, now the Democratic presidential frontrunner, squandered that victory by prematurely withdrawing American forces in 2011. Left unmentioned: the American troop withdrawal was the result of a 2008 status-of-forces agreement signed between the George W. Bush administration and the government of then-Iraqi Prime Minister Nouri al-Maliki.

Bush's speech this week was part of a (strategically suspect) effort to put Democrats on the defensive on Iraq. Though questions about his brother's signature foreign policy fiasco were all but certain to dog Jeb Bush's 2016 White House bid, he seemed entirely unprepared for the inquiries. In remarks that came under withering Democratic criticism, Bush first told Fox News' Megyn Kelly in May that “I would have [authorized the invasion], and so would have Hillary Clinton, just to remind everybody. And so would almost everybody that was confronted with the intelligence they got." Bush then spent several days ducking the question of whether he'd have invaded even knowing that Iraq possessed no weapons of mass destruction, before finally telling voters in Arizona that he "would not have engaged."

It remains to be seen whether Bush's latest Iraq remarks -- like his comments on the minimum wage, "religious freedom" laws, Social Security, Medicare, and worker productivity -- will soon be "clarified" by his campaign.