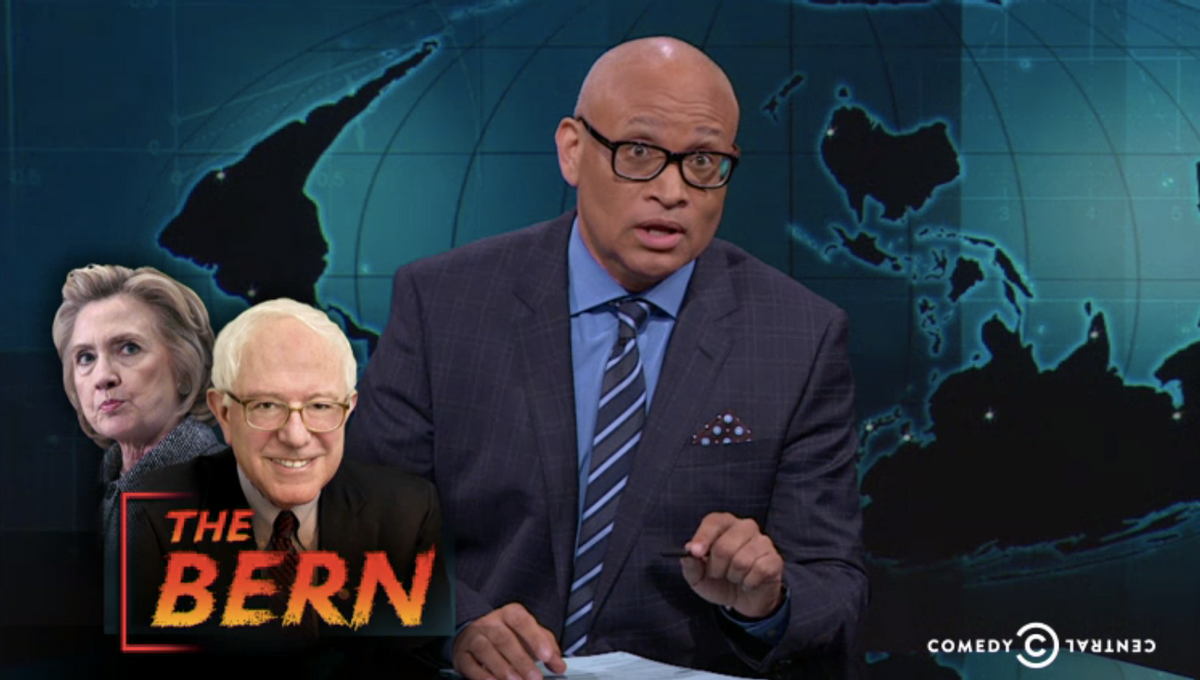 On Wednesday night's "Nightly Show" Larry Wilmore weighed in on last weekend's Seattle rally in which Democratic presidential candidate Bernie Sanders was pushed aside by Black Lives Matter activists to address Ferguson and the killing of Michael Brown.

"Now ladies, I agree that black lives matter, but black manners matter as well," Wilmore said, a comment that was met with muted applause from the in-studio audience.

Wilmore also mocked the activists for shouting "say her name" -- a phrase he recalled from 1999-era Destiny's Child.

"You know things aren't going well when black women get up in your event and start reciting old Destiny's Child," he said.

The "Nightly Show" host, who went on to call the the Sanders rally the "Nilla, Please" of Ben and Jerry's ice cream, also addressed the recent dethroning of Clinton in New Hampshire polls.

"Is this happening again? A candidate of passion is about to overtake Hilary?" he said. "She's about to get Obama'd by an old white man."