Syfy's new "Childhood's End" could be the perfect show for our quasi-populist, government-hating times

Sure, it's no "Sharknado" — the Arthur C. Clarke novel is one of the genre's classics 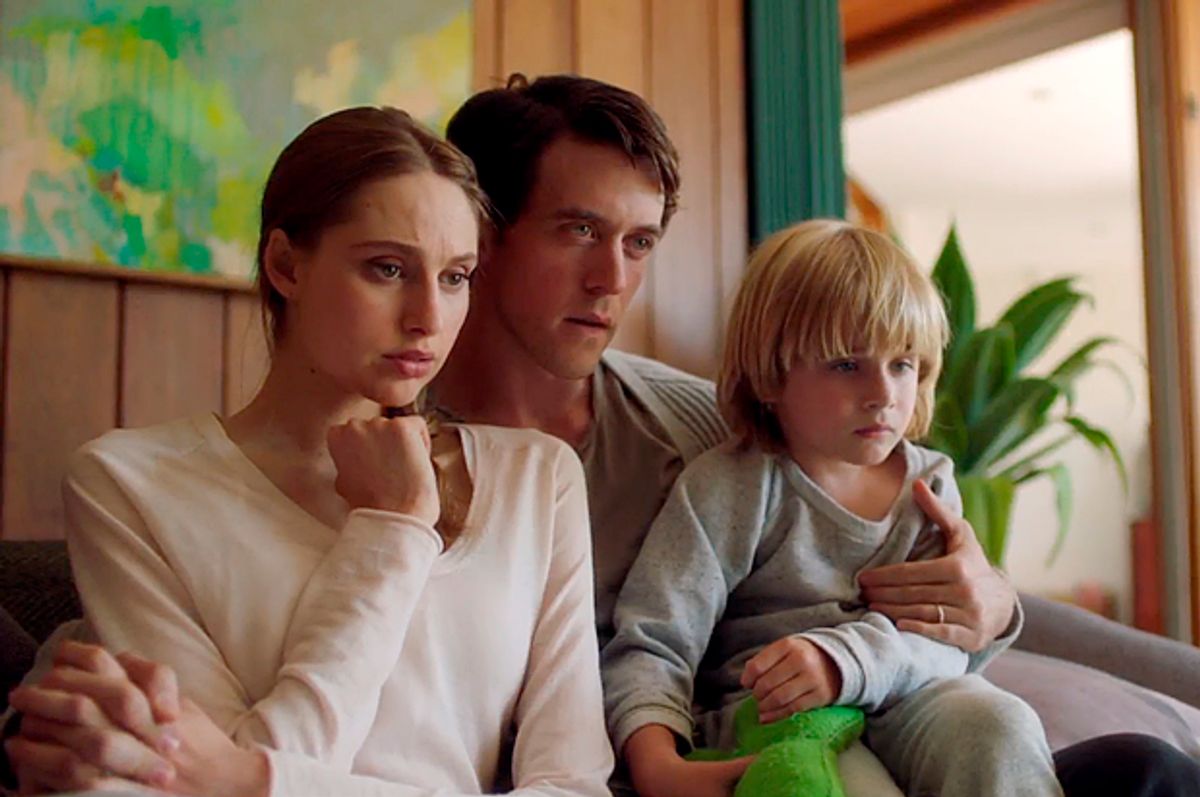 For a lot of people, the Syfy network peaked back when it was still called the Sci-Fi network. That was about a decade ago, when the channel took up a failed, one-season ‘70s project and made it into the smart and elaborately plotted “Battlestar Galactica” we’re more likely to remember now. These days, in some circles Syfy is more likely to be namechecked for its absurdly meta "Sharknado" series of films ("Sharknado 4" is already in the works).

But the network (however we spell it) has done some good work over the years, and I'm hoping the network can regain some of that old glory with the upcoming adaptation of Arthur C. Clarke’s “Childhood’s End.”

A teaser went around in the spring, but the date – now mid-December – was only announced Wednesday.

Clarke’s book, which came out in 1953, is a reasonably thin, chiseled novel about an advanced alien race – the Overlords -- that comes to earth to fix our problems and leads to both a Golden Age and a strong sense of loss.

Its ambiguity appealed to Stanley Kubrick, who played with the idea of filming it. (The British-born Clarke, perhaps the most elegant of the ‘50s science-fiction authors, wrote the novel, “2001: A Space Odyssey,” that Kubrick ended up adapting instead.) The lead Overlord, Karellen, will be played by Charles Dance of “Game of Thrones.” Variety reports:

“Childhood’s End” is a six-hour event series based on Arthur C. Clarke’s sci-fi novel and deals with what happens after alien Overlords take over and promise to eliminate poverty, war and sickness — but what do they ultimately want from Earth? It has a cast that includes Charles Dance, Mike Vogel, Daisy Betts, Yael Stone, Julian McMahon, Osy Ikhile and Colm Meaney.

It’s written and adapted by Matthew Graham, who exec produces along with Akiva Goldsman. Alissa Phillips is co-executive producer. It’s directed by Nick Hurran. The Universal Cable Productions series will air from 8 to 10 p.m. on Dec. 14, 15 and 16.

At ComicCon, screenwriter Matthew Graham (of “Life on Mars”) put it this way;

It’s a book of ideas, and it’s not hide-bound by events. Global events, political events. And the ideas are timeless: mortality, morality, destiny, responsibilty for our happiness ... someone could make it again in another 60 years, and it would be just as reflective of that time.

In a sign of the way our thinking has changed since the novel's publication, the character who served as emissary to the overlords (Rikki in the novel, Ricky on television) is no longer a UN Secretary-General. This was the ‘50s after all – before Barry Goldwater, Ronald Reagan, and the Tea Party destroyed the notion that the politician was a benevolent figure. Here’s Graham again:

The book was written at a time when we just assumed politicians were the best of us, and I don’t think we feel like that anymore ... making Rikki the head of the United Nations, it’s almost not realistic or credible ... I think it’s better that [Karellen] picks a farm boy to be his emissary, rather than picking the person you would automatically assume it to be. It just felt very natural, and even Rikki doesn’t know why he’s picked. It’s almost unknowable, the reasons why he’s chosen.

It doesn’t hurt, by the way, that Syfy has also announced its adaptation of Frederik Pohl’s “Gateway,” another classic novel about an encounter with a sophisticated alien race, as a one-hour series. David Eick, who served as a writer and executive producer for “Battlestar Galactica,” will be one of the lead writers. And the 2016 launch of "The Magicians," based on Lev Grossman’s enchanted novel, is good news as well.

Back to “Childhood’s End,” though. Gracefully written, philosophical, sweeping, this is just the right size and scope for a strong miniseries. A great novel – even a great literary science-fiction novel like “Childhood’s End” – doesn’t necessarily become great television or a great film: Think of the mixed success of novels like Frank Herbert’s “Dune” or Ursula Le Guin’s “Earthsea” books.

But in the right hands, Clarke’s classic could be a knockout.