Ben Carson continues his ill-advised attack on Planned Parenthood: Abortion is the number one cause of death for black people

He urged viewers to read about Margaret Sanger, oblivious to fact that doing so would reveal him to be a liar 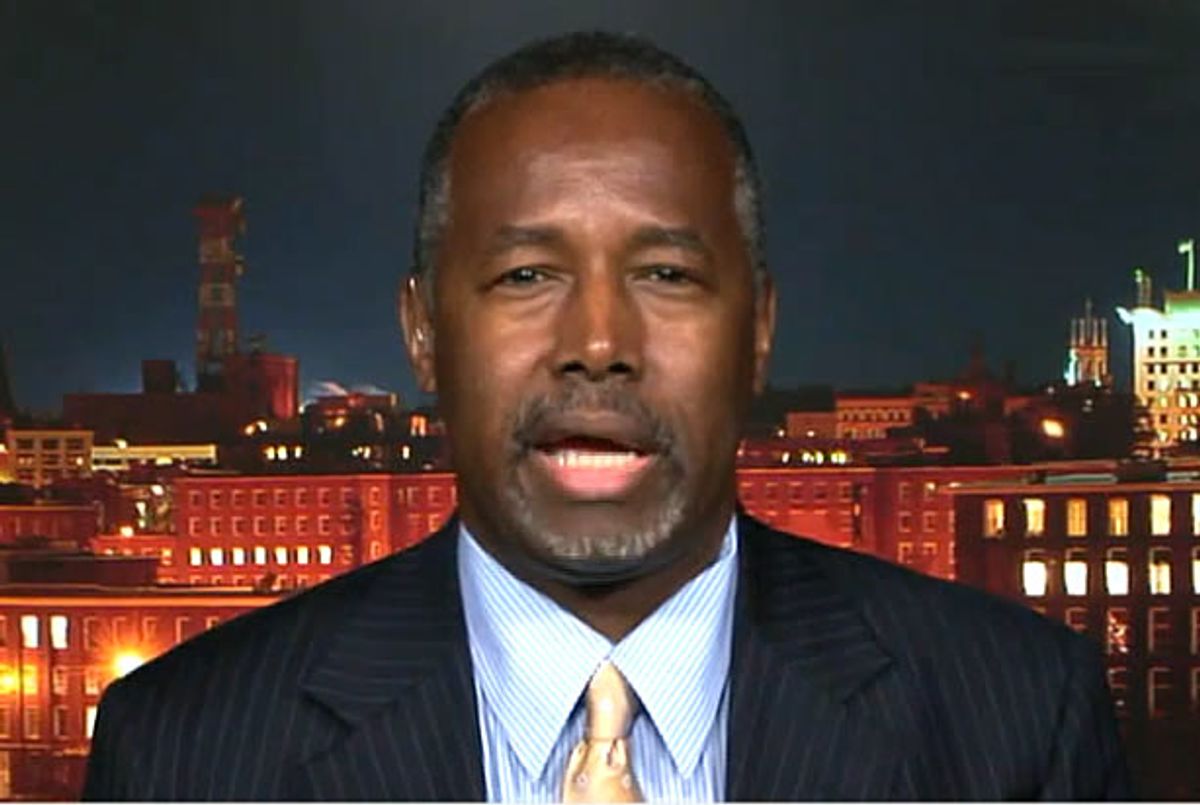 Former neurosurgeon and current Republican presidential candidate Ben Carson appeared on "The O'Reilly Factor" Thursday night and spoke with guest host Eric Bolling about the role of Planned Parenthood in the black community.

Bolling began by asking the good doctor about statements he made on Wednesday, in which he suggested that Planned Parenthood clinics operate in predominantly black neighborhoods because one of the organization's founders, Margaret Sanger, wanted to "control the black population."

Instead of backing away from the statements -- which, given the fact that they're patently untrue, any rational person would do -- Carson doubled-down. "You're saying," Bolling asked, "that there's a direct correlation, that [Sanger] decided to put clinics in African-American communities to control the population?"

"I think there's a very clear direction that she's going in with her philosophy," Carson replied. "This brings up a very important issue -- do those black lives matter?"

"The number one cause of death for black people is abortion," he said. "I'm wondering if at some point people might become concerned about that, and ask what could be done to alleviate that situation."

Bolling didn't seem convinced, but played along, asking him "if that were true, and Planned Parenthood had a mandate to go into black communities, what can we do? And what would you do as president?"

Carson also denied that he'd ever personally worked with fetal tissue, as was reported Thursday, saying that he worked with a pathologist who compared "specimens I delivered from the operating room to fetal tissue."

"My part is to do the operation and supply the tissue," he continued. "To suggest that I'm in the laboratory actually doing the research or retrieving fetal tissue is just propaganda." In short, his career merely benefited from being able to append his name to a publication whose research required fetal tissue, but he never handled the samples himself.