New Jersey is so over "very arrogant" Chris Christie: Majority of voters want him to resign 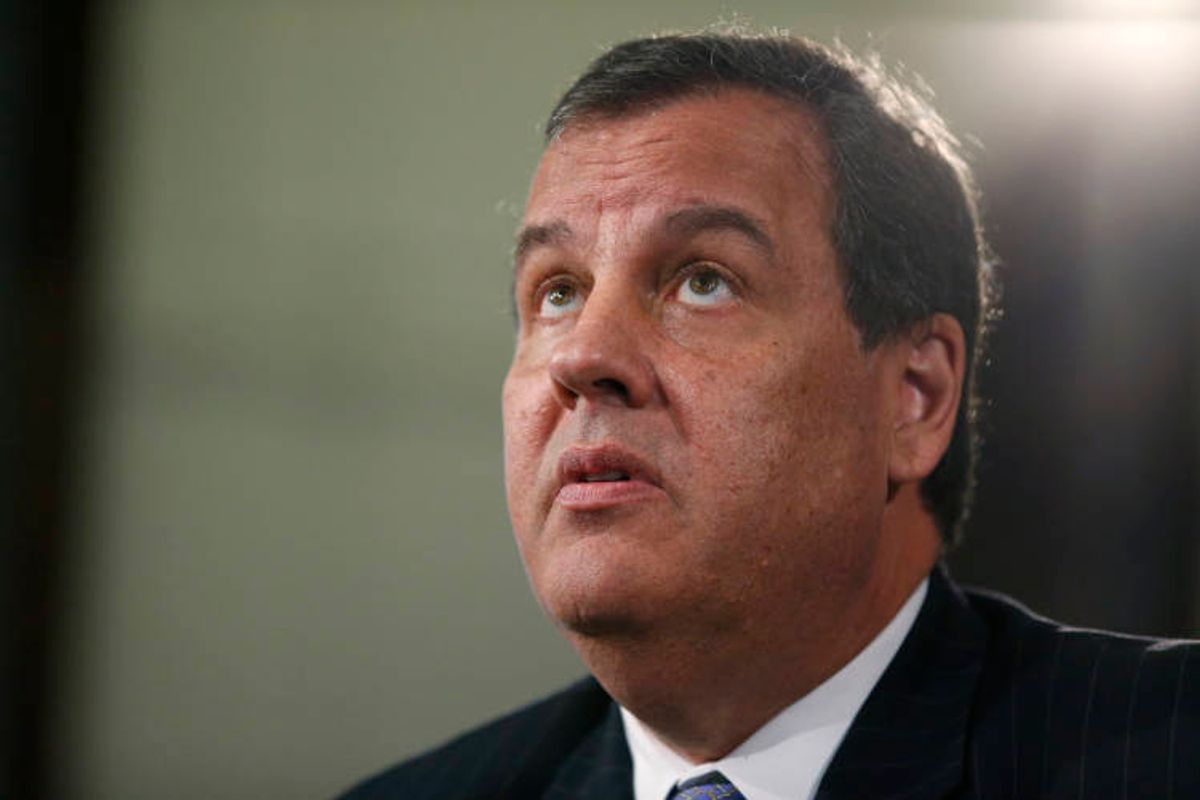 The majority of New Jersey voters want Chris Christie to resign as governor now that he's running for president.

Fifty-four percent of voters in the Garden State believe that Christie should step down as governor since he's actively pursuing a promotion, according to a new Rutgers/Eagleton poll.

Christie, who walked along a New Jersey shore boardwalk during an interview with Fox News' Greta Van Susteren last night, has been an absentee executive since entering the race for the White House early this year. As Bloomberg's Terrence Dopp notes, "in the past six weeks, he’s been out of the office about two-thirds of the time, trying to secure his next job":

Since Christie entered the presidential race on June 30, the two-term Republican has spent 26 of 43 days out of state, according to a review of schedules and dates on which control was transferred to the lieutenant governor.

Christie skips out on his state so often that WYNC set-up "The Christie Tracker." Another calculation finds that Christie has spent nearly 55 percent of 2015 outside of New Jersey and it shows. Christie's  job approval rating in the state has fallen to record lows.

The poll also found that 58 percent of New Jersey voters think their governor is "very arrogant," while another 25 percent think he's "somewhat arrogant." Unfortunately for the two-term governor, who polls 10th among Republicans nationally at 2.9 percent, only 14 percent of voters in his state think "presidential" describes him "very well."

Christie's deeply negative perceptions in his home state may have something to do with the fact that taxpayer's foot the bill for his security detail as he campaigns across the country, or the fact that he told a national audience that he'd like to punch the national teachers union in the face, or that he's taken a hatchet to the state budget.

Unfortunately for New Jersey voters, Christie still has three years left in his second term and his gamble for the White House looks unlikely to pay off.