Sharon Stone poses nude and opens up about brain aneurysm in Harper's Bazaar: "It's like, I have brain damage; you'll just have to deal with it"

The actress suffered a stroke back in 2001 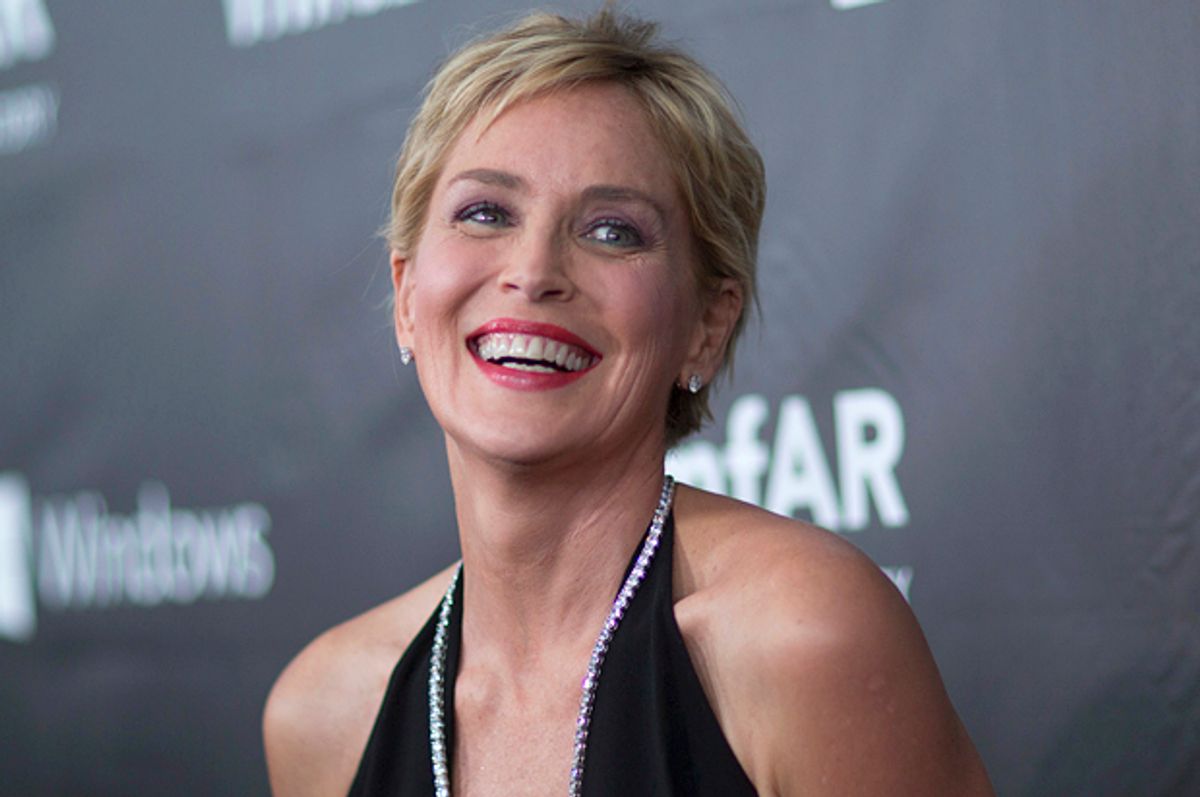 Sharon Stone posed naked in the most recent issue of Harper’s Bazaar, and she looks goddamn flaw-less, despite her protestations that her bum looks like a “bag of flapjacks” (who puts flapjacks in a bag though, honestly?)

"I'm aware that my ass looks like a bag of flapjacks but I'm not trying to be the best-looking broad in the world,” said the aforementioned radiant, glowing, almost spookily blemish-free 57-year-old. "At a certain point you start asking yourself, 'What really is sexy?' It's not just the elevation of your boobs. It's being present and having fun and liking yourself enough to like the person that’s with you. If I believed that sexy was trying to be who I was when I did 'Basic Instinct,’ then we'd all be having a hard day today.”

Stone also opened up about the aneurysm and cerebral hemorrhage that she suffered back in 2001, which she has only recently begun discussing openly. After feeling ill for three days, Stone went to the emergency room, where she was told she had had suffered from a stroke. Soon after, she lost consciousness.

"When I came to, the doctor was leaning over me. I said, 'Am I dying?' And he said, 'You're bleeding into your brain,' " Stone recalls. "I said, 'I should call my mom,' and he said, 'You're right. You could lose the ability to speak soon.’”

Stone was eventually diagnosed with a ruptured vertebral artery, which it took surgeons 22 platinum coils to repair. The actress says that the stroke and the events that followed have changed her life irreparably.

"It took two years for my body just to absorb all the internal bleeding I had," she explains. "It almost feels like my entire DNA changed. My brain isn't sitting where it used to, my body type changed, and even my food allergies are different.” Despite long-lasting side symptoms including a stutter, compromised vision and the absence of feeling in her left leg, Stone says there have been some silver linings: "I became more emotionally intelligent. I chose to work very hard to open up other parts of my mind. Now I'm stronger. And I can be abrasively direct. That scares people, but I think that's not my problem. It's like, I have brain damage; you'll just have to deal with it.”

Talking about her 2010 guest spot on “Law and Order: SVU” back in 2010, Stone recalls being humiliated by the role and the fact that she kept forgetting lines. Yet she forced herself to persevere. "I thought, 'You know what? I got thrown off the bullet train, and now I'm going to have to crawl up a hill of broken glass, get back on the train that's going a million miles an hour, and work my way from the cattle car up. That's just the way it is, so I'd better get humble and shut the fuck up and do the job. Because if I can't do this job, I'm certainly not going to be able to do anything else,’” Stone says. This fall, Stone will executive produce and play the vice president on “Agent X,” a new TNT show.

Read the rest of the profile — which includes details about Stone’s Buddhism, her songwriting and her love life (“I never get asked out,” she laments) — and of course, check out that photoshoot over at Harper’s Bazaar.