This Canadian campaign ad is the most bizarre, nonsensical & downright amazing thing we have ever seen 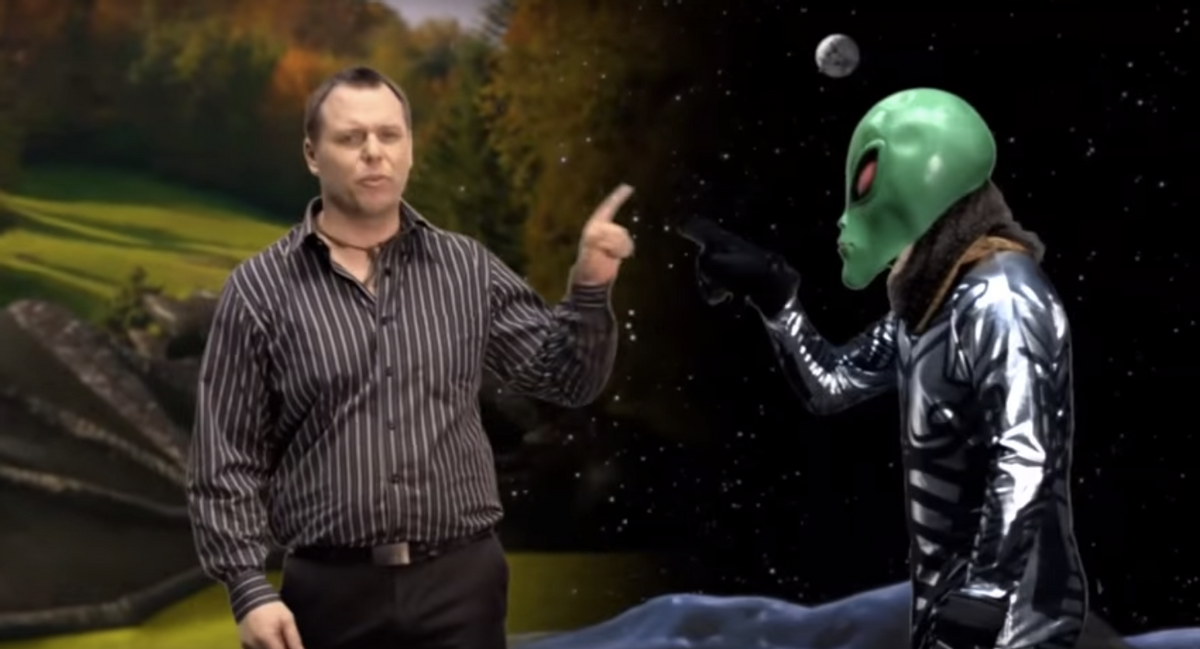 Wyatt Scott is an independent Canadian politician who needed to produce a commercial that would be "clever [enough] to get everybody's attention," but which wouldn't "push the envelope too much."

Which is why it begins with him essentially surfing the sky atop the back of a gigantic Canadian goose, pulling out a sword and jumping off the goose to bring death to a dragon from above, then catching a small man in a dress and exchanging a secret handshake with an alien -- all while informing viewers of his positions on university tuition ("too damn expensive") and social services like healthcare ("they should be expanded, not cut").

The combined power of the production values and Wyatt's absolute conviction is liable to remind Americans of another politically inclined Wyatt, but Scott insists that his campaign is deadly serious, and that he's committed to representing the new riding -- the Canadian equivalent of a state electoral district -- for Mission Matsqui Fraser Canyon.

According to his website, Wyatt stands for "Canadian values," like encouraging "sustainable, pro-Canadian industries here in our riding and our province."

Marvel at the entire video from the only Canadian we'd illegally cross the border to vote for below via YouTube.