"What is going on here?": Chris Hayes tries to make sense of major Joe Biden rumors 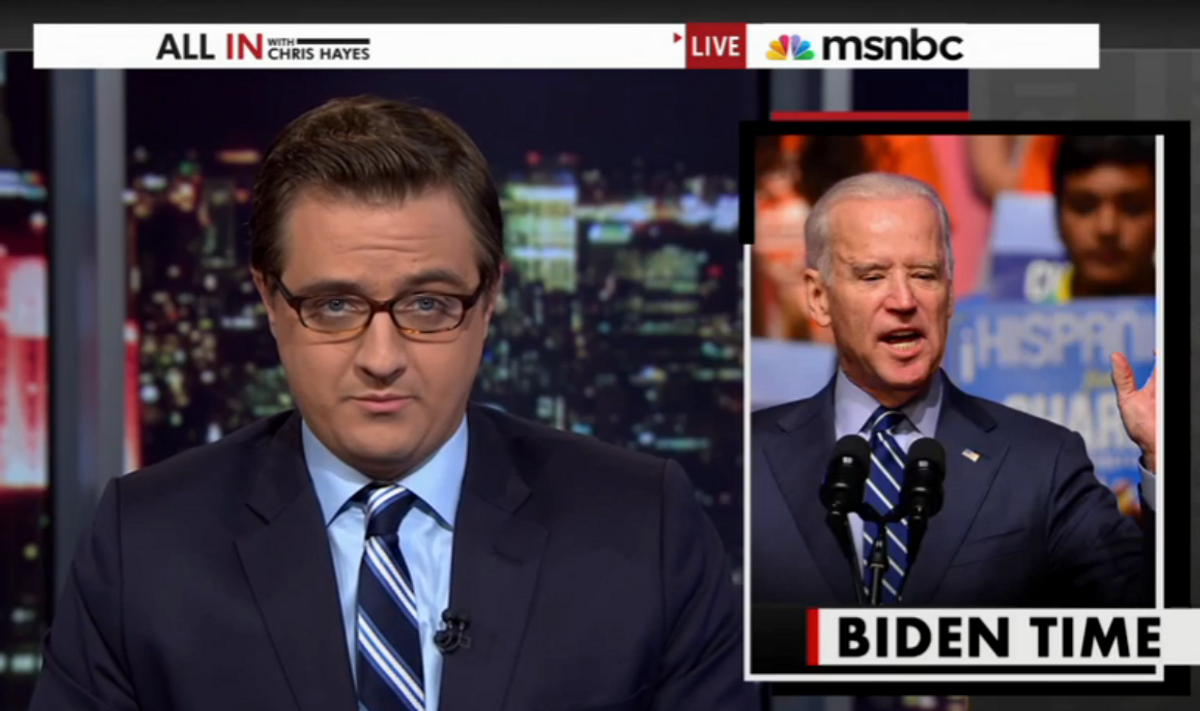 What time is it? Biden time. At least according to NBC, who reported that Biden has been calling allies about a 2016 run. Beau allegedly wanted Joe Biden to run, and Josh Alcorn of the Draft Biden Super PAC says Biden just may honor his late son's wish.

"There is some evidence of an opening against frontrunner Hillary Clinton. The same poll that found Bernie Sanders leading Hillary in New Hampshire 44 percent to 37 percent, also found that 46 percent of likely Democratic voters in the state plurality think Biden should run for the nomination of the Democratic party," reported Hayes.

While Alcorn said that he's glad that Biden is seriously running for president, Hayes noted that the Draft Biden Super PAC formed without any indication from Biden himself that "this was a real thing."

"For the last six and a half years, [Biden] has been thinking about his day job, and I think what Draft Biden is doing now is kind of preparing the way for him should he decide to run," said Alcorn.

Sources say that Biden is on track to make his decision this month, or next. Watch the conversation: