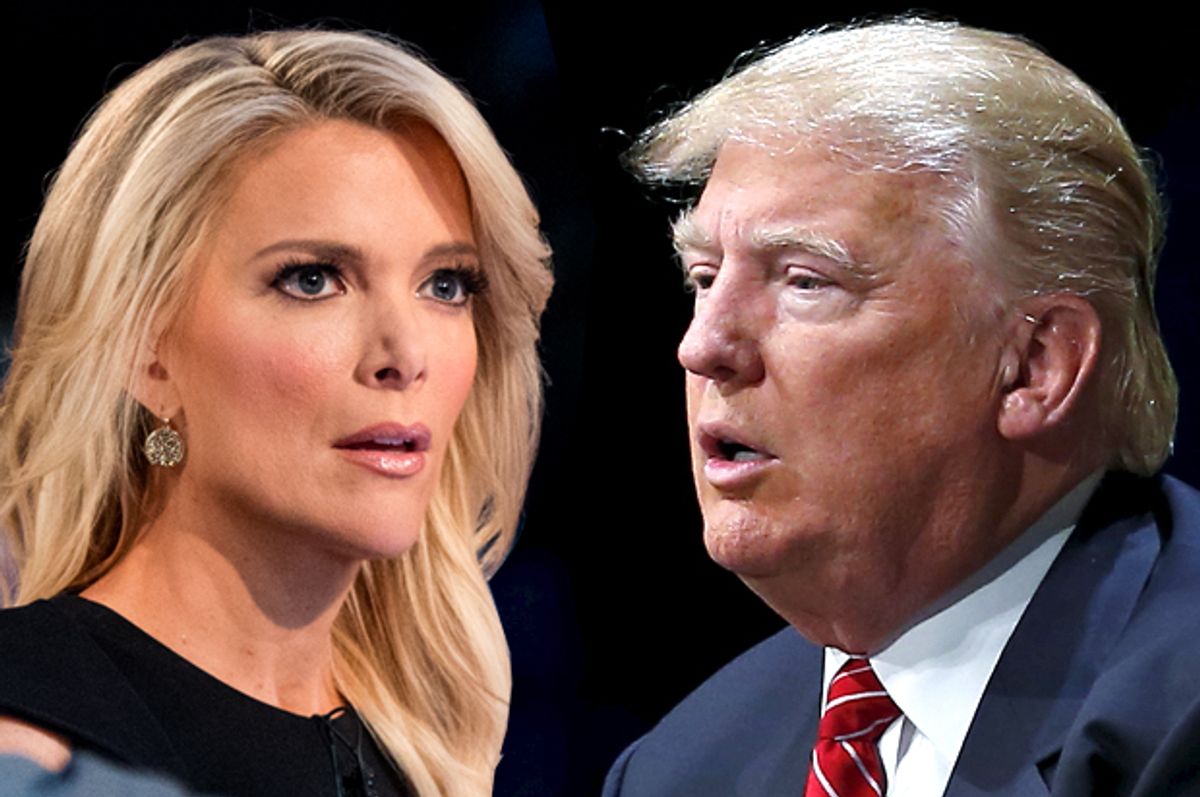 The past week has been very confusing for anybody trying to figure out what is going on in the saga of Donald Trump and Fox News.

There was the report that had Roger Ailes bowing to Trump after his attacks on Megyn Kelly during and after last week's GOP debate gained unexpected traction with the Fox News audience. (And after Kelly started receiving death threats for the crime of asking Donald Trump about his sexism.) Then there was a different report that portrayed Ailes as "livid" over Trump's behavior, even threatening to go to "war" with him unless the Kelly situation was resolved. Then Kelly went on a long vacation, and there was disagreement about whether she was taking time off in response to the whole mess or not.

All in all, not the easiest thing to decipher, especially when we're talking about a news organization whose secrecy and insularity would make the NSA jealous.

So what are we to make of this welter of conflicting messages, leaks and takes? Well, for one thing, everyone who confidently predicted that Fox News had made headway in its quest to box Trump out of the Republican presidential race—a group that includes yours truly—has to admit how wrong they were.

We will likely never know whether Roger Ailes sternly put Trump in his place or whether he prostrated himself before the (sigh) current GOP frontrunner, but it's clear that he has been put on the back foot by everything that happened after Trump began his campaign of harassment against Kelly. In Trump, he has met his match, another master of bombastic right-wing populist rhetoric. Looking back, he should have anticipated that he wouldn't be able to control Trump. After all, Fox News has spent years boosting Trump, especially during his weekly appearances on "Fox and Friends," the rabidly partisan morning talk show that's always been the clearest reflection of Ailes' personal politics. Why was its audience suddenly supposed to turn on him for some pesky thing like rancid misogyny?

Ailes also had to contend with the fact that, unlike a lot of the other people in the GOP field, Trump has the entire rest of the media salivating to book him. They are so desperate to have him, and the ratings he brings, that they let him lazily phone in to their programs instead of turning up in person--a luxury not granted to almost anyone else. (A rare exception to this? "Fox News Sunday.") CNN or "Morning Joe" will literally never stop wanting Donald Trump as a guest, and Trump will never not agree to yammer on TV. Ailes couldn't afford to cede all of that turf to the competition; some solution had to be found.

So it's clear that, on the whole, Ailes lost this round. But we shouldn't expect that this is the end of the story. This is a temporary ceasefire, not a peace treaty. Ailes must be thoroughly pissed off that Trump is still directing traffic even after Fox News tried to kneecap him. Trump never shuts his mouth, so we know that he's still simmering about Kelly's questions. This Sunday, he's giving an on-camera interview to "Meet the Press," not "Fox News Sunday." (Trump does this so rarely that "MTP" had to emphasize the "face to face" nature of the interview.) It's likely that Ailes is now trying to figure out how to land a blow on Trump without inciting the kind of insanity that burst forth after the debate. Nothing has been resolved.

Really, though, the person who should be the most incensed is Megyn Kelly. She did her job, endured the worst kind of thuggish attacks from Trump and his followers, and in return, watched her boss cut a deal with her tormentor. Kelly is certainly tough enough to withstand everything that's been thrown at her, but she might have expected more from Roger Ailes. She can only hope that, when her network's uneasy detente with Trump comes to an end, Ailes will choose her over the Donald.