TV beyond the binge: What we lose when we gain the entire story at once

Networks are trying to figure out if the weekly rollout is a thing of the past. Let's hope not 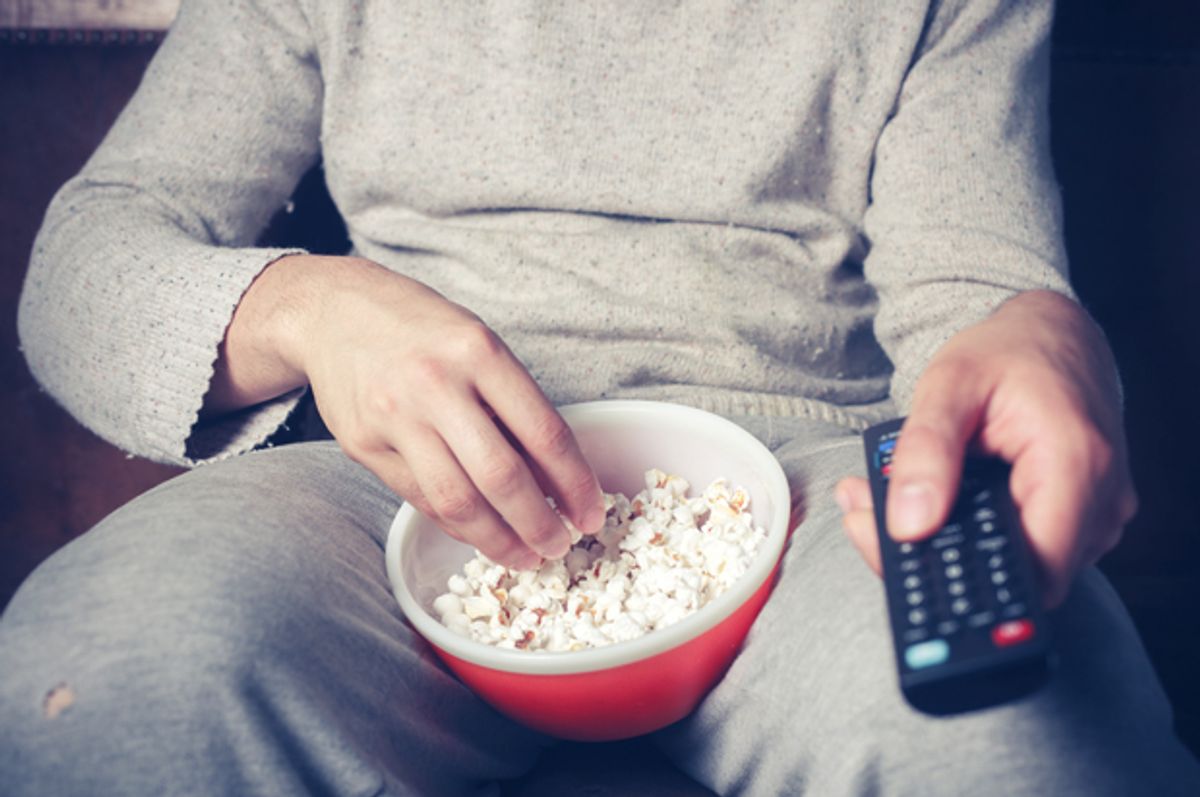 On the surface, the state of television – especially high-end cable and streaming television – has never been better. Even with “Mad Men” gone, we’ve got “Veep,” “Orange Is the New Black,” “House of Cards,” “The Americans” and plenty of other smart fare coming back in the fall. “Game of Thrones” recently started filming and will be back in the spring. If you’re into zombies, forensic crime-scene investigations, or insane housewives, there’s never been more available. Even Amazon – a company a lot of us hate – is producing strong “content” like Jill Soloway's acclaimed "Transparent."

There are worse problems to have than to be overwhelmed with good and great television. But it’s overwhelming just the same. If you’re like me, you juggle catching up with old programs – I just finished the first season of “The Affair” – with new stuff like David Simon’s “Show Me a Hero” and Jon Stewart’s farewell run on “The Daily Show” and the closing of the second season of “True Detective.” And trying to get time for the half-dozen or so series I’ve fallen behind on -- among them “Masters of Sex” – and series I’m overdue to check in on, like “Mr. Robot.”

Today we have so many ways to watch something that the experience is starting to scatter: You can blink, and fall behind on a show and the discussion around it. Looking forward to the “Wet Hot American Summer” series? So was I, but by the time I had the free screen time, the whole thing had dropped, everyone I knew who was interested had watched it, the recapping was over, and it was yesterday’s papers.

So this is why the news that more networks are releasing entire seasons all at once – perfect for binge-watching, not so good for a more measured engagement with a fictional world and its characters – has me shouting, Please, no more. You don’t have to be a hardcore Proustian – someone who sees life as shaped by the passage of time and delights in the pleasure of anticipation – to want this stuff to come out a little at a time. (Though it sure helps.)

In a Hollywood Reporter piece on the binge phenomenon, Lacey Rose writes:

Amazon, NBC and now Starz (with Da Vinci's Demons and new miniseries Flesh and Bone) are among those employing the all-at-once launch strategy for key shows, while networks such as Fox, ABC and Hulu — perhaps the most surpris­ing of these, given that it competes with the other streamers — are steadfast in their commitment to the weekly rollout. "We value the shared experience and the joy of the watercooler experience that is television," said Hulu head of content Craig Erwich, acknowledging an about-face for a company that had experimented with binge-style releases for comedies Deadbeat and The Hotwives of Orlando a year earlier.

Now, there’s been a debate for a while now about how real the watercooler effect really is. Some think it’s already dead. In any case, it was important to the way television eclipsed film as the dominant media for a cultural conversation in the English-speaking world: If everyone you knew was talking feverishly about the latest episode of “Breaking Bad” – and every newspaper or website you read had a recap -- it became hard to think that that movie you were still hoping to get to was as important as it had seemed last weekend.

The situation is clearly in flux. But those of us who have some version of a life -- or family and friends we want to spend time with, or books we want to read or movies we want to watch or plays we want to see -- should unite and try to push back against the everything-all-the-time nature of whole-season releasing and stand up for the weekly rollout.

And if you agree with me, we’re gonna have to push pretty hard. “Nowadays, around 75 per cent of TV viewers admit to binge-watching TV, according to a recent survey,” Business Insider reports, “and many of us can gladly reel off the box sets we've binged on -- and what's next on our ‘to watch’ list. Another study found that the ritual is the ‘new normal,’ with 61 per cent of Netflix subscribers admitting to regular binges.”

It's also worth remembering that while it sounds cutely defiant these days, there was a reason why the term "binge" once carried an unpleasant connotation. And not just for overindulgence in food and drink. In January, a colleague's story pointed out that "there’s a strong link between depression and loneliness and the amount of television we binge on in single sittings." A research team at the University of Texas "found that the more lonely and depressed you are, apparently, the more likely you are to down an entire season of 'Game of Thrones' in one fell swoop."

Even if isolation doesn't drive it, my own attempts to consume several episodes at one sitting because of journalistic deadlines have shown me that bingeing is rarely the best way to get a full sense of a show and its emotional life. (I'd also rather sip a good whiskey than pour it down my throat.)

One of the ways we can protect the integrity of the weekly show (and our own bodies and souls) is if a lot of consumers simply resist and effectively boycott the binge watch. But it’s crucial to have executives at the networks and streamers – like Hulu’s Erwich -- commit to traditional rollouts.

FX’s CEO John Landgraf drew headlines recently when he spoke about television programming moving into “the late stages of a bubble.” He also spoke about the all-at-once issue. From THR again:

Though Landgraf bemoaned the crowded landscape and its challenges, he, too, has no plans to roll out his series all at once. "I like the sustained conversation that a television show uniquely can create," he tells THR. "And while I think that sustained conversation is fracturing naturally, I don't want to help it fracture."

Is this a losing battle? Maybe. But bingeing on TV is no healthier – for our lives or for the way the medium works – than sitting on the couch and downing a case of beer and a box of chocolate cookies.