Beneath the Sudan crisis lies the same old story of Western pity and greed. Africans aren't so easily fooled 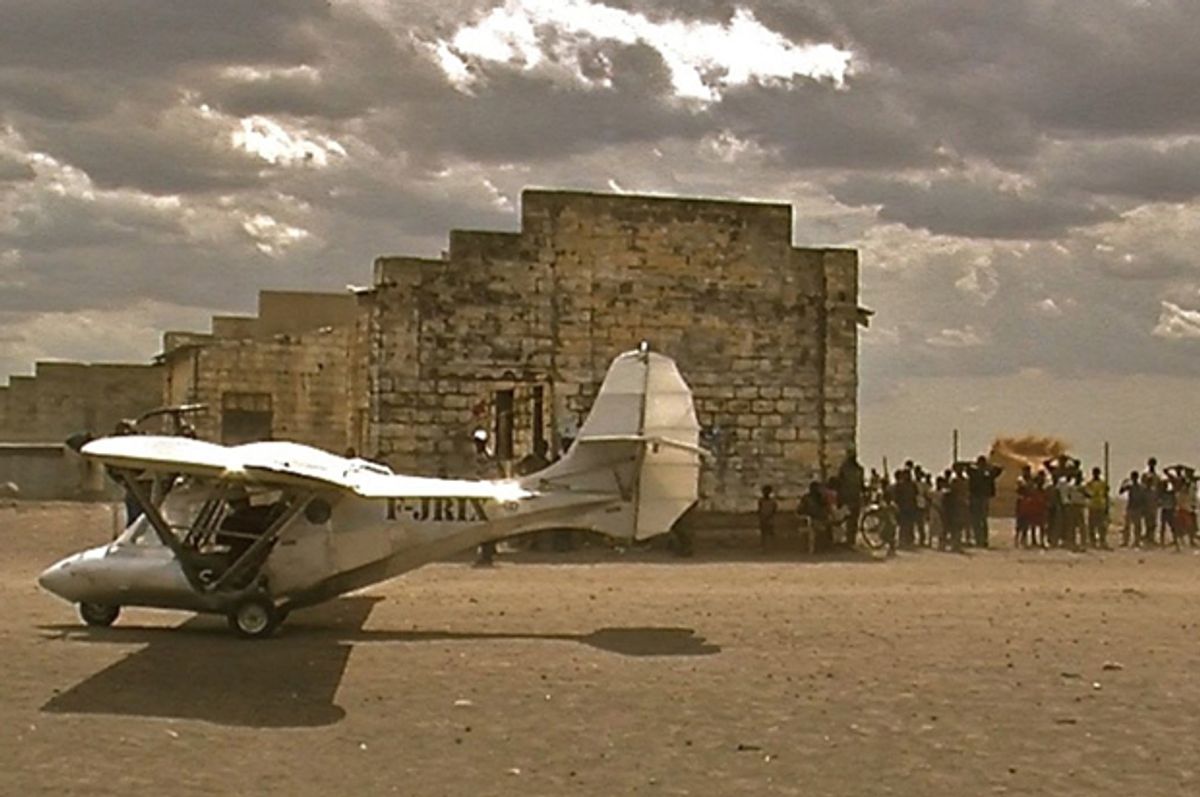 You can’t possibly summarize the history of modern Africa in 30 seconds, but the guy we hear talking at the beginning of Hubert Sauper’s film “We Come as Friends” does a pretty good job. He’s speaking in an African language very few viewers of this film will understand or recognize, but he isn’t delivering some ancient myth or village wisdom. People came from Europe and took Africa by force, he explains. They plundered its natural resources and carved up the continent into different countries with arbitrary boundaries, leaving Africans to fight among themselves. When they were done with that, they went and conquered the Moon. “Did you know,” he concludes, “that the Moon belongs to the white man?”

One might respond that the Moon has pretty much been relinquished by the white man, largely because nothing of value was discovered there. But in most respects that’s a startlingly accurate account of the 20th century from Africa’s point of view. As we see in Sauper’s acrid and disturbing ground-level documentary about the creation of South Sudan, the world’s newest nation, the forces that pillaged and brutalized Africa for more than 300 years have definitely not departed, although these days they find it necessary to modulate their message and wear a subtler disguise. There’s an obvious level of contradiction in a film by a white European radical that means to reflect the increasing self-awareness and political sophistication of ordinary Africans, even in conditions of endemic poverty and violence. Indeed, that contradiction is to some degree the subject of “We Come as Friends,” right down to the ruthless historical irony of its title.

If some hope for the future can be discerned in a century when Africa faces multiple levels of political, economic and environmental crisis at the same time, it lies here: In our interconnected world, Africans can no longer be viewed through the West’s conventional “Heart of Darkness” prism of pity, condescension or contempt, as if they were the objects of a historical process they could not possibly understand. Even amid its unstinting portrait of the power still wielded in Africa by the twin forces of foreign capital and evangelical religion, Sauper’s film finds shreds of this hope in the unlikeliest places. Another recent film by a white European, Göran Hugo Olsson’s historical collage “Concerning Violence,” comes at the same subject from a different direction, challenging us to reconsider the true legacy of Africa’s revolutionary movements in the 1960s and ‘70s, which sought to turn colonial oppression upside down with a single stroke and were universally isolated, vilified and undermined by America and the capitalist world.

Filmmakers like Olsson and Sauper have ample access to production funding and technical infrastructure, as well as the political freedom to explore controversial points of view, all of which is difficult to impossible in most African nations. Journalistic or historical films made by outsiders, no matter how carefully framed, are no substitute for Africans telling their own stories, as those two would surely agree. Given that urgent context, I would argue that the brilliant Mauritanian-born director Abderrahmane Sissako is among the world’s most important artists, even if few Westerners have heard of him. But Sissako lives in Paris (as does Hubert Sauper) and both his Oscar-nominated drama of life under sharia, “Timbuktu,” and his mesmerizing Brechtian courtroom drama “Bamako” – in which the West’s financial institutions are put on trial for their crimes against Africa – were made with European funding. One aspect of the systematic underdevelopment of Africa, one could argue, is that its film industries are entirely geared to entertainment product, and have no way to support noncommercial and unconventional work.

Sauper has spent several years flying around Africa in his homemade plane, in search of the people, stories and images that other visitors don’t notice or deliberately ignore. (His previous film, the Oscar-nominated “Darwin’s Nightmare,” was more direct and didactic in tone but had a similar hypnotic power.) He is well aware that he belongs to the long tradition of “explorers” and “adventurers” who paved the way for the vicious exploitation of Africa’s natural and human resources, and that his claims to have different intentions may be viewed with reasonable suspicion. Even going back to the worst Western atrocities in Africa, like the near-genocidal reign of terror in the Belgian Congo, white interlopers have always persuaded themselves they were bringing the benefits of civilization to the “Dark Continent.” After Sauper lands his rickety aircraft in a remote Sudanese field, a young man who can read English translates his government papers for a local leader. “It says the whites come as friends,” he tells the dubious chief. They’ve heard that one before.

I think Sauper is more than adroit enough to defend himself from charges of intellectual neocolonialism – or, more properly, to recognize that it’s there and use it to his advantage. By presenting himself as a holy fool in a flying tin can or a visiting space alien – in interviews, he has compared himself to the naïve, blustering and idealistic Captain Kirk, of the Starship Enterprise – he’s able to get inside institutional defenses in a way no ordinary journalist ever could. He attends an increasingly strange drunken party inside a Chinese-owned oil facility in northern Sudan, and somewhat later listens to a United Nations official blandly explain that the “development program” for South Sudan consists almost entirely of leasing the oil rights to Western energy conglomerates.

On the other hand, Sauper makes no effort to speak to George Clooney, when the beneficent star shows up for a press event to celebrate South Sudan’s independence. Clooney and the Western media convinced us that the breakup of Sudan was necessary because of a brutal civil war between Arab Muslims and black Christians, which in turn produced the genocidal killings in Darfur. OK, yes -- but what lay behind those dreadful events? Sauper challenges us to see that as an ideological narrative that allows us to avoid deeper issues, including the historical power struggle that brought Christianity and Islam into conflict in that part of the world in the first place, and the present-day power struggle in which China and the United States carved up a poor, petroleum-rich and dysfunctional nation much as the Allies carved up Berlin in 1945. As in Joseph Conrad’s day, Africans are paying the price for the grand dreams cooked up in distant capitals. They also understand those dreams for what they are, and perceive the costs more clearly than we ever will.

"We Come as Friends" is now playing at the IFC Center in New York. It opens Aug. 21 in Los Angeles and Washington; Aug. 26 in Boston; Aug. 28 in Chicago and San Francisco; and Sept. 11 in Denver, Santa Fe, N.M., Seattle and Columbus, Ohio, with more cities and home video to follow.